A superlative quality TV series bringing the cutting edge of contemporary Christian music is launched on Channel 5 in April. Tony Cummings reports on THE ALPHA ZONE. 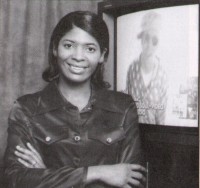 It's long been a dream of Britain's contemporary Christian music buffs to see the crÃ¨me de la crÃ¨me of British and American CCM talent on British television. Now from April 6th a 12-programme series known as The Alpha Zone will be launched on Channel 5 and those pipe dreams of blitzing the box with quality CCM are about to be realised. Back in the early '80s the BBC's Rock Gospel Show, presented by Sheila Walsh and, latterly Alvin Stardust did run for several series. But such was the Rock Gospel Show's inherent naffness it probably did as much harm as good in how it presented Christians seeking to communicate spiritual truth through contemporary music.

Now such embarrassing memories are finally to be put to rest. The ground breaking The Alpha Zone will be launched on new station Channel 5. It is being produced by Roger Bolton Productions and features Jennifer Hughes as presenter and producer. Jennifer was until recently known to Christian TV viewers for her pioneering work on cable TV's CMTV and, previously, to mainstream viewers for her work on The Big Breakfast show. She is a committed Christian and a long-time enthusiast for CCM. "My tastes in CCM are very broad. I love the MOR pop kind of stuff Clay Crosse, guys like that, and I love hip hop, bands like GRITS and the stuff on the dance tip. I've seen the scene grow so rapidly over the last three years. Today there are more artists, and bands, more competition which has produced better and better music. I'm absolutely convinced that the music today stands up with what's in the mainstream. The Tribe, DBA, DC Talk, Matt Redman, Delirious", Newsboys -there's HUGE talent out there."

Jennifer is adamant that The Alpha Zone is an extraordinary position to pull Christian music out of a small cultural ghetto. "This is an amazing opportunity for contemporary Christian music. Channel 5 is actually EXCITED about The Alpha Zone series and is already talking about the second series. They need to be congratulated for being forward thinking enough in (a) recognising there IS an active Christian music scene out there; (b) being prepared to put it on air on a slot where we could pull in a million plus viewers, and (c) making no restriction or demands whatsoever on the content of the programmes."

The format of each Alpha Zone will be slick and fast moving and judging from the pilot will exude street cred with Christian drum 'n' bass, grunge, techno, Celtic and a dozen more genres given a mass audience platform with promotional videos, interviews with artists, a gig guide and a run down of the national Christian music Top 10 compiled by Cross Rhythms. The main focus of each Alpha Zone though will be a special section shot on location section built around a gig or a club night and finishing with a performance. As we go to press there have been four Alpha Zones on location shoots, one featuring the World Wide Message Tribe including footage of them conducting a mission in a Manchester school; an exploration of London's Christian club scene with footage of Abundant deejays scouring record shops for the funkiest sounds and one of their famed club nights with drum 'n' bass upstairs and '70s funk downstairs; a behind-the-scenes look at a Christian record company and specifically Alliance Music's attempt to pitch the single by American dance rap outfit Raze to the jaundiced dance deejays at Kiss 102 and Capital Radio and with exclusive footage of Raze's European debut in Rotterdam before a 3,000 audience at Alliance's Dance Festival; and an exploration of Celtic spirituality with interviews with Hearts On Fire's Richard Hillard and Cross Rhythms' Tony Cummings in the ruins of Glastonbury Abbey, footage of Nuffsed recording their 'Celtic Visions' album at Redland Studios and extracts from a Celtic alternative worship event at Bristol featuring ex-Iona hornman David Fitzgerald, Nuffsed and Hydro who fuse traditional Celtic elements with a dance scratch track.

Jennifer Hughes says that the other themes for the 12 episode series will be Alpha Zone One Hour Specials filmed at Spring Harvest, Wembley Stadium's Champion Of The World event, Cross Rhythms and the Alliance Music Festival. Though not its primary intention, such is the radical nature of The Alpha Zone content it will challenge the black/white divide that still tragically exists in some Christian music circles. "Although a Hezekiah Walker probably wouldn't have a mass audience appeal, the artists on the R&B tip like Out Of Eden or the Winans' or dozens more have huge appeal. One of the things The Alpha Zone will do is break down the cultural barriers. Music shouldn't be a black thing or a white thing. If music is good it will find an audience."

The series producer is Nick Stewart, a religious broadcasting stalwart with 13 years experience. Jennifer's role as producer and presenter and being a woman to boot makes her an unusual entity in the highly competitive world of television. She admits, "It's very unusual for someone to carry out both functions and even more unusual for a woman to do so. But I recognise God has opened a door for me." The pilot, which featured DC Talk, the World Wide Message Tribe and Eternal, was described by Chris Cole as "stunningly good". But what of the spiritual content of the series?

"It's going to be spiritually challenging. We're going to ask hard questions. But it won't be discrediting Christianity. Rather, we'll be touching base with the heart of people like the Tribe and DBA and DC Talk who are very serious about their ministry. I personally think it could break down the stereotypes about church and Christianity of tens of thousands of non-Christians and really get them thinking about the message of Jesus."