The Best Albums Of 2016: Broadcaster Mike Rimmer makes his selection 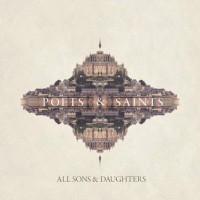 ALL SONS & DAUGHTERS - 'Poets & Saints'
I first came across David Alan Leonard when he was a member of the CCM rock act Jackson Waters. Seeking something deeper, he teamed with Leslie Anne Jordan and now amazingly as All Sons & Daughters, this is the fourth album released by the duo. In an ever increasingly worship music scene, the duo have created their best album by combining strong songwriting with gorgeous vocal performances which are simultaneously melodic and soulful. Inspired by the poets and saints that have gone before them All Sons & Daughters have collected a set of songs with scope for both personal and congregational worship. From the opening all-encompassing, powerful "Heaven Meets Earth" which includes an acapella "Holy Holy Holy", this album manages to create intimacy in an era where stadium worship rules. My favourite track is "You Are Love And Love Alone" which has perfect pop sensibilities melted together with beautiful worship. 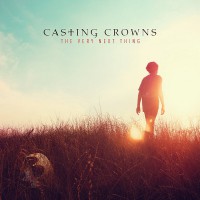 CASTING CROWNS - 'The Very Next Thing'
Over the years we have become accustomed to Casting Crowns serving up the kind of CCM pop rock that has become a mainstay on Christian radio. After so many years in the spotlight, band leader Mark Hall is as committed to supporting ministry as he was when he first enjoyed a hit record. This set of songs is more worshipful than a lot of their releases and has everything that people love about the band firmly in place including inspiring lyrics, great vocal performances and catchy melodies. Certainly the band continue to be a class act but there's also something else going on here. The band continue to be brave enough to create music that deals with real issues rather than creating worship music as a panacea. Favourite track? I love the closing ballad "Loving My Jesus" with its plaintive vocal and deft violin flourishes underpinning it. 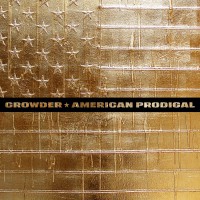 CROWDER - 'American Prodigal'
Since his beginnings with The David Crowder Band, Crowder has never been scared to try something different and surprise those who buy his music. His forays into Americana back in those days has found its fulfilment in his recent albums especially in this latest one where he has enjoyed including elements of the blues in a full-on expression at the centre of this album. The passion and intensity of "Back To The Garden" is a highlight, as is the single from the album "Run Devil Run" with its soaring slide guitar. The piano ballad "All My Hope" feels both vital and timeless whilst "Promised Land" is stomping blues. In an era when "worship" has a much copied style, it's good that there are true artists like Crowder who are willing to paint outside the lines and make Christian music which is underpinned by creativity. 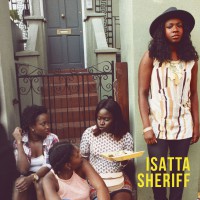 ISATTA SHERIFF - 'Isatta Sheriff'
Every now and again, you stumble across an artist who completely blows you away and this is the one that did it for me this year. Isatta Sheriff is a London-based rapper who has recorded previously under a different name but has returned to using her own name for this new project. The album is like a journey on the London Underground where Sheriff stops at different stations and leaps out to tell us about something. Recorded with Baker Aaron, a producer based in Istanbul, this features a fresh collection of grooves with some jazzy influences. But on top of it all Sheriff has plenty of observations to make about life which is delivered in a flow of rapping which is inventive and insightful and with every listen, you hear something new and gobsmacking. I remember stopping in my tracks the first time I heard "Moving On" when she says "don't read the Daily Mail, it's like the poor man's enemy." The whole album is full of clever metaphors and rhymes delivered at breakneck speed. I've been listening for two months and it still has the power to surprise and inspire me in new ways with each listen. Hip-hop fans need to discover! 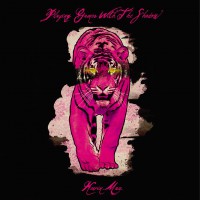 KEVIN MAX - 'Playing Games With The Shadow'
Since his exit from dc Talk, Max's solo career has been an opportunity for him to explore his varied musical passions and what a delight it has been for his fans. His latest album is a love letter to his passion for '80s music, especially Duran Duran. The '80s vibes suit him well and he's clearly enjoying himself. Vocally he is in fine form and now he owns his own studio, he has plenty of opportunities to be completely creative so I am excited about what will emerge. For the moment, this polished collection of '80s-influenced pop is magnificent and I love the whole thing. "Panic Button" is probably my favourite track with its nod to the Duran boys carefully left in there! For years people have been asking about dc Talk getting back together but Kevin Max continues to make the best music of his career, so check this out. 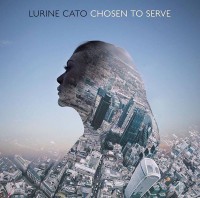 LURINE CATO - 'Chosen To Serve'
In recent years it has felt that the hip-hop and grime sectors of British gospel have had the dominance of British gospel music and that gospel singers have been relegated to adding some melodic sweetness to hip-hop tracks. There have been few singers emerging compared to the number of rappers. Lurine Cato has been a singer who has been bubbling under in the London scene who after careful preparation emerged with a stylish album that lived up to the hype about her voice. Cato's debut album lives at the intersection of pop and R&B and it's an excellent showcase for her expressive voice. From classic gospel songs like the title track and "You Revive Me" through to the explosive dance pop of "Power", Cato is a versatile performer. Favourite track? "Running For The Train" has got everything! It's taken years of hard work to get a debut out but the wait has been worth it! I wouldn't be surprised if this gets rewarded at next year's MOBOs. 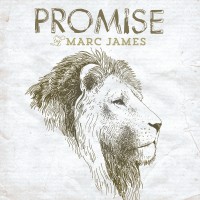 MARC JAMES - 'Promise'
He's had a busy year because as well as this album, he has re-activated his old rock band Verra Cruz with an excellent comeback EP. This album brings together superb musicianship, particularly James' guitar work with worship songs that surpass so much of what the scene is currently offering. This is a passionate, edgy collection of songs that are driven by Marc's prophetic heart and the result is a worship album that you shouldn't overlook. The richness of the songs really explode into the ears and heart. Whether it is the raw guitar power of "Halleljuah" or the gorgeous acoustic songs like "The Blood Of Jesus", this rich album covers all the bases. The intense "Father (Sound Of Rushing Waters)" to these ears is the album's highlight with its prophetic vibe. 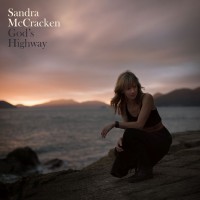 SANDRA MCCRACKEN - 'God's Highway'
After years of releasing albums as a singer/songwriter, McCracken's recent foray into more worshipful material has seen her combining her excellent songwriting skills with Americana and gospel influences with very pleasing results. Vocally, her distinctive plaintive singing adds to the colour of this album. 'God's Highway' sounds like the title of an old fashioned gospel album and in many ways, in its heart, that's what this is. There are plenty of fine worship songs here including the title track and "Call Him Good", her version of Psalm 104. "Trinity Song" sees her linking with All Sons & Daughters and the blend of voices works particularly effectively. David used to play music to soothe Saul and if you need some musical balm for your soul, this will definitely do the trick. 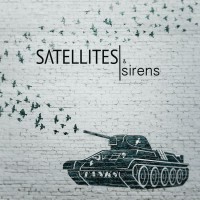 SATELLITES & SIRENS - 'Tanks'
These synth poppers are getting better with every album they release and 'Tanks' is packed full of catchy songs laden with hooks. It's proving to be perfect for radio stations to spin and largely Satellites & Sirens manage to avoid the usual clichÃ©s by creating music that is imaginative and creative. The band's lead singer Geoff Hunker is turning into a fine songwriter and producer. Cross Rhythms music editor Tony Cummings turned up at my house recently enthusing loudly about the song "Enough" which is one of the centrepieces of this set. And there's plenty here to enjoy. If you want a bit of pop with substance, try catching "Chasing Photos" and the title track for starters. Almost perfect pop! 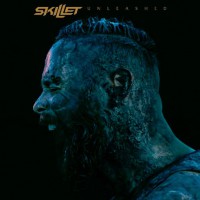 SKILLET - 'Unleashed'
Skillet have done a really fine job of transitioning from Christian rock into the mainstream rock scene by hardening their sound and writing songs that attempt to connect their fanbase with the ideas that even though the surrounding culture may be nihilistic, there is a hope that can be experienced. Band leader John Cooper is a born evangelist who has cleverly positioned the band so they can reach out beyond the walls of the Church. Although musically this isn't a giant leap forward from their last album, 'Rise', it is a strong consolidation of their work and one of the finest Christian rock albums of the year. There are plenty of heavy grooves and compelling rock moments. "Back From The Dead" and "Feel Invincible" are probably the one-two sucker punch that will beat you into submission from the very opening moments of the album. 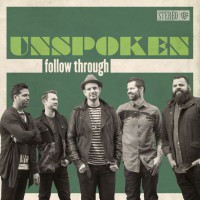 UNSPOKEN - 'Follow Through'
Recent releases have seen Unspoken travelling from rock to pop rock and the results have borne fruit on 'Follow Through' as they have crafted an album packed with catchy songs, great vocal performances and plenty of life. The hit single "Open The Clouds" has deservedly gained plenty of attention with its joyful vibes and up tempo grooves. Integrating elements of R&B and dance pop seems to suit the band and the employment of four producers including Tedd T and Seth Mosley means that the band have been able to stretch the musical palate so that this release is full of fresh sounds. Songs about real life issues delivered with infectious passion make this one of the great Christian pop records of the year.

Hello Mike,
Thinking of you and hope your health is improving.
Love
Chris G.

Great choices Mike. I especially liked the music from All Sons & Daughters and Sandra McCracken.