The Biz: Tony Cummings looks at the role of Church agents

In the sixth article in our exhaustive series of Britain's Christian music business, Tony Cummings investigates the role agents have in bringing live music to Britain. 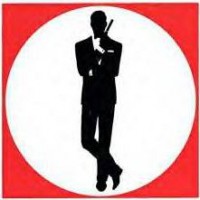 After music publishing the function of the music world most open to suspicion and even derision is the music agent. We've all seen the telly stereotypes, the cockney in the loud check suit vainly trying to get Madame Fifi And Her Amazing Dancing Poodles on some fourth rate variety show. Or the rock 'n' roll gangster who threatens to break kneecaps if the hapless rock 'n' roll puppets he controls have the temerity to ask for payment. As well as unfair stereotyping, music agencies also suffer from a widespread confusion as to what function an agent carries out. The source of this confusion is that there are agents which also carry out a quite separate music biz function - that of the manager. This confusion has spilled over to the woefully uninformed world of British Christian music. At least once a week Cross Rhythms receives a call from some band saying they're "looking for a manager", when on checking it becomes obvious that their need for an agent far outweighs their need for a manager.

The tiny organism swimming around in the entertainment ocean that is British Christian music simply often can't afford to divide up manager and agent functions, so both are often lumped together and handed to a hapless individual who struggles to live on a perilously thin wafer of an already thin cake (or if he/she is not a professional at least cover costs). Lewis Management is run by Lorraine Poulton and is a one woman company set up to be agent and manager for Lorraine's husband, Midlands singer/songwriter Paul Poulton. Lorraine explains the differing functions of agent and manager. "It gets a little academic when in a situation like mine you have to do everything from type letters to negotiate deals. But the way it works is that an agent represents an artist for a specific task, getting live engagements and taking care of a lot of the administrative detail that does on to make a live concert possible. The agent liases with the concert promoter - the person putting on the specific concert -and between them they get all the details: PA, publicity, accommodation, fee, etc, etc, sorted out. A manager has a more general brief. His/her chief role is to act as an adviser and negotiator in areas like recording, music publishing and to cover the gaps in an artist's interests that don't get dealt with by agents, promoter or record companies."

The history of Christian agents and agencies in Britain is decidedly chequered. Like several other activities in British Christian music, it seems to carry with it the ubiquitous Licence To Lose Money. The two most high-profile agencies in the 20 odd years of the scene have both gone the way of the dodo. Score was a division of Christian music record 'giant' Word (UK). Score operated in the '70s/early '80s as an agent and occasional concert promoter but closed down simply because it wasn't viable to operate.

The other major Christian music agency in recent years was Break-Thru Management. Started as an affiliate to the 80's independent Christian music record company Ears And Eyes Records it operated for several years, offering management as well as agency representation for all or most of the artists who at one time or another had albums on Ears And Eyes: Martyn Joseph (Break Thru's star turn), Triumph, John Pantry, Nia, Shirley Novak and many more. It, like Ears And Eyes, foundered financially and though a reactivated Break-Thru subsequently emerged to handle the affairs of Nia, the days when Break-Thru, or its late 70s forerunner Music Creations, could take out full page ads in the Christian magazines offering to churches and concert organisers a ten to fifteen artist roster seem almost as long gone as flares and cuban heels.

Kevin Edwards, as well as being co-director of a recording studio, is a manager, though not the agent, for up-and-coming soul-gospel singer Tracey Riggan, is adamant why Christian music agencies have floundered in the past. "It's the old, old problem - lack of cash - specifically Christian organisations and churches reluctance to pay a realistic rate to book an artist. The concert promoters in turn point out that there's not enough media profile for British Christian artists to pull in a largish crowd to make a reasonable fee appropriate. So the whole thing continues to stagnate. The situation is worst of all for bands. If an agent negotiates a fee of Â£300 he's doing well! The agent will take his percentage - usually 20 per cent. On that kind of fee it does little more than pay for phone calls, letters, etc. Then the balance gets sent to the band to be divided up between the band members and the sound man. It's ludicrously little. To make matters worse, sometimes that Â£300 is the full fee, there's no travel expenses, no food and accommodation! And if a band hasn't got its own PA and has to hire one in, they're bound to come out losing money! It's an impossible situation for a band, their best bet is to stay in their day jobs. But that cuts down on the availability to play at concerts some distance from their hometown. Only solo artists, who can go to a gig with an acoustic guitar, a DX-7 or backing tapes, can afford to do many gigs on Britain's Christian scene."

Despite the seemingly insurmountable problems, two Christian music agencies have bravely been launched. The founder of the Cobham Agency in Leeds is Tim Cobham. Tim is only too aware of the problems but feels that without live music concerts being properly run in the UK the already poor situation for live music will deteriorate even further. He says, "I started the Cobham Agency because there was a desperate need for an efficient, honest agency where a church or organisation could go and get quality Christian musicians to come and minister at their church or event. I would accept that the scene is starved of finance. But it won't get better until pioneers begin to build an infrastructure for Christian music ministry. That means a network of concert organisers, efficient management, magazines, radio; there's a huge amount to do. But Cobham Agency has made a start in its sphere of expertise."

Cobham's currently represents John Pantry, Split Level, Phil And John, Eden Burning, House Of God, Noel Richards, Mai Pope, The Continentals and Roy Johnson. None of this representation is 'exclusive' (which means an organiser can still go direct to an artist to negotiate a booking). But Tim is convinced it's in a concert organiser's advantage to use the services of an agent.

"First, you can go to them to talk over your particular musical needs. That ensures you won't end up with an indie-rock band when you'd be better off with an easy listening choral group! Secondly, you get a proper procedure to follow which safeguards everyone's interests once a date and fee have been verbally agreed. The agent will send the concert organiser a booking form which also acts as a contract, which sets out in writing what everybody's needs and expectations are. Third, we can give advice on sound, acoustics, equipment. And fourth, an efficient agent can give backup publicity support - biographies and photos - plus advice on getting local radio and newspaper exposure. Christian music events must begin to be more expertly organised. The agent's role in this will be crucial."

So what about the horny topic of payment? Comments Tim Cobham: "John Pantry, for instance, gets a fee of Â£225 per night but sometimes, if the circumstances are right, I might be prepared to go to him and suggest a lower amount. It's difficult because many churches assume musicians are supported financially by churches. They fail to grasp that sometimes the Â£20 gift they press into a musician's hand is all that the musician is going to get, if he's a professional he has no other source of income. I sometimes will accept an offering as a means of payment for an artist but I try and ensure that at least an artist's expenses are covered on the booking form."

The ubiquitous 'love offering' system, where no charge is made at the door but where the audience is asked to make a donation has been abused in the past. Despite its deficiencies, Lorraine Poulton of Lewis Management still feels an offering system has a place in the scheme of things.

"We have a scale of charges for Paul Poulton, Â£120 for concerts Monday to Thursday, Â£150 for Friday and Saturday and an offering for ministry on Sundays. We charge travel at 10p a mile and the concert organisers have to provide PA and lights. Having said all that, we sometimes get enquiries from churches who say they can't afford our standard charges. That doesn't mean we won't go. Sometimes an offering is fine. Wetry and go wherever we feel the Lord would have us minister."

The newest Christian music agency is Keith Scott's London-based Mainstage Management Agency. On the Mainstage books so far are Sal Solo, Paul Field and Lifeline. Keith is certain that agencies are significant pieces in the jigsaw of building a viable support structure for Britain's Christian music scene.

"I think in the past artists have had a raw deal," Keith told Cross Rhythms. "They get so little money out of all their hard work and creativity. One of the things Mainstage will be doing is to launch an advertising campaign for our artists. It's astonishing that at the moment, nobody is advertising the availability of Christian music ministries. We'll be spending Â£10,000 in the next year which we trust will re-establish interest in live Christian music in Britain."