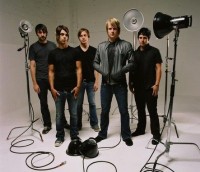 "Music has a way of snapping you out of routine complacency and wrenching your heart out of your chest. It lifts the veil. Generally speaking, I try to enter this zone when writing music, because I think it's the realm we all long for. . .the realm of 'Self'," said Matt MacDonald, the frontman of Seattle-based post-grunge band The Classic Crime. In the US they have had a string of successful albums with three of the four Classic Crime albums hitting the Top 10 of the Billboard Christian Albums Chart and their debut album hitting the Top 20. The band formed in 2003 when guitarist Justin DuQue and drummer Paul "Skip" Erickson first moved to Seattle. The two met bassist Alan Clark and started to write music. They then decided to put an ad in the local newspaper looking for a vocalist to start a band. Matt MacDonald answered the ad. He said, "I guess they were cool because they didn't try out any more singers after that." After the band (known as Orizon at the time) had formed, they spent a good year and a half writing music and playing local establishments until they were picked up by Tooth & Nail Records, under the name of The Classic Crime. The band then went on to record their first album, 'Albatross'.

MacDonald told alreadyheard.com that the album was a collection of songs written from 2003 to 2005 and reflected much of the popular alternative rock of that period. Said MacDonald about the theme of the title track, "It's an incredible bird that embodies everything we hoped our band would accomplish, if you look statistically at the magnificence of the bird. How long it could live, how big it is, how far it could fly." The album went on to chart at 16 on the Billboard Christian Albums Chart.

The band then released an EP in 2007 called 'Seattle Sessions'. The acoustic project included tracks that did not fit well into the full-length album. Matt explained in an interview with Brandon Jones, "When I write songs on the road I usually only have an acoustic guitar, and I think I was listening to a lot of acoustic music [at the time], so the songs reflected that."

In July 2008 The Classic Crime's second studio album, 'The Silver Cord', was released. When talking about the initial release of this album, MacDonald said, "There was a lot of backlash initially. A lot of people were expecting 'Albatross 2', which is basically a collection of three minute tracks for radio. When they heard 'The Silver Cord' I think initially some folks were taken aback." Despite fans' misgivings, the album charted at number 123 on Billboard's mainstream chart and number three on the Christian Album Chart. Looking back on the project MacDonald said, "It was our most thoughtful release to date. The concept and the scope gave an added layer of depth and flow, I think, that may have been missing previously. I think it was our next natural step, to grow up with our fans a bit". The album sold 5,805 copies in its first week. This number is actually significant for the band, with a track on this album called "5805" which was based on the band's old house where they would practise, numbered 5805. "It was an uncanny coincidence, but it felt right." 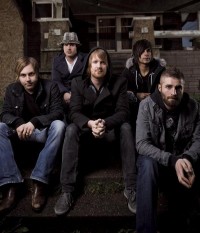 Then in April 2010 the band released their third and final studio album under the Tooth & Nail banner. Again, 'Vagabonds' was not initially well accepted by the band's growing fanbase. MacDonald said, "I think people were a little weirded out by it, but over time I've received some messages from fans who are retracting their initial critiques that it was 'too simple' or 'too poppy'. They like it fine now."

The Classic Crime then decided that it would be better for the band to leave their record label and take the independent route for their next album. Said MacDonald about Tooth & Nail, "We love everything that the label has done for us and we are extremely grateful, but deep down we wanted to go back to our roots, to make music for music's sake. The business side of things can tend to complicate the writing process."

To fund the album the group turned to their fans and, more specifically, the website Kickstarter. They raised $86,000 which gave the band hope for the future. "All of the questions we had about whether or not people cared enough to support new music from us were answered. It was such an overwhelming outpouring of support. . .it basically erased all of our doubts and fears." The Classic Crime appeal was the ninth most successful Kickstarter campaign in regards to music. The resulting project, 'Phoenix', was released on 14th August 2012 and charted at number four on the Billboard Christian Albums Chart. When asked about the new sound on the album, MacDonald said, "The tracks have organ, keys, piano, strings and plenty of other sounds we've never used on a record before. It was fun to experiment new tones and textures and I think that's what makes this record stand out from our previous releases." With the encouraging sales of 'Phoenix' The Classic Crime undertook a successful tour of the West Coast of America.

More recently, vocalist MacDonald has recorded and released a side project with his wife, Kirstie, under the name Vocal Few. The seven-track EP 'Tall Trees' specifically to raise funds for their two year old daughter Praise. Said MacDonald, "I always wanted to release music in vinyl. It never made sense before. People are using CD players less and less. . . and barely anyone that I know plays a boom box at home. Most of my friends have MP3 players for walking or the car, and a record player at home. I thought it would be cool to supply a digital copy to everyone, so they could take it everywhere, but then a vinyl copy for those who like to listen in their homes." 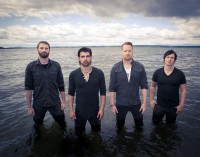 The Classic Crime have long been involved in fan discussions as to whether they are a "Christian" band. Matt wrote on The Classic Crime's discussion board, "We believe faith is personal and can only be held by an individual person. To entitle a group as Christian would assume that the group has a collective soul, or at least individuals tied to a collective belief. Not everyone in the band is decidedly set in their faith, and we respect that. Music transcends the tangible, much like faith does, my faith is part of my music because they come from the same place deep within me. I don't have to try to think about putting it into songs, it's not a head thing. It comes from the heart and as an artist - if I really believe it - it will naturally work its way into my art." When asked to go on further, Matt responded, "One very popular misconception is that bands with Christian members try to avoid the 'Christian' title because they want to have success in the mainstream. This couldn't be any more false. Well over half of Americans say they are Christian. If you have a potential audience that big you don't try to run the other way."

The Classic Crime seems to be the kind of post-grunge/post-punk band that is going to be here for quite awhile longer. MacDonald summed up the future plans for the band with "as of right now TCC is fully committed to making more music, so we'll continue to do that for as long as we can.

The opinions expressed in this article are not necessarily those held by Cross Rhythms. Any expressed views were accurate at the time of publishing but may or may not reflect the views of the individuals concerned at a later date.
About Gavin Hand

I've been a fan of The Classic Crime for about six years and am never disappointed. Each of their albums is unique moving in its own way. I've found that unlike other bands who I listen to and eventually grow tired of, TCC is always at the top of my playlist. Matt's lyrics are rich and full of deep meaning. Every time I listen to TCC I discover new meanings in the songs. The 'Precipice' off of the Phoenix album is especially deep. Matt is an extraordinary song writer and musician. I've enjoyed everything he's put out including his side project Vocal Few. The Classic Crime is certainly one of the best bands of our generation.