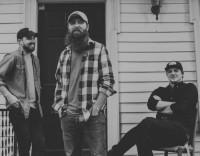 In 2018 the UK arm of Integrity Music announced they were releasing an instrumental album of worship songs. In truth that was hardly the kind of news likely to inspire excitement in the insular world of Christian music. In years past too many sub-standard instrumental albums with titles like 'Praise Him On The Guitar' or some such had been released which effectively reduced powerful modern worship songs to little more than easy listening muzak. However, with the release of the first two albums in their 'Still' series, Integrity almost single-handedly rescued a tired concept.

'Stills'' innovation was to get existing bands already familiar with the demands of worship ministry and give them leeway to come up with their own creatively charged instrumental arrangements of songs many Christians are singing in the churches. The first two 'Still' albums, by Manchester-based artists/producers Rivers & Robots ('Still: Vol 1') and Brighton-based Bright City ('Still: Vol 2'), were released on CD and vinyl to enthusiastic reviews. Now the American arm of Integrity have weighed in with 'Still: Vol 3', this time by artist/producers The Creak Music.

That particular aggregation is composed of Franklin, Tennessee-based Seth Talley, Brad King and David Leonard, the latter best known for being half of one-time hitmakers All Sons & Daughters. The Creak Music comes out of an independent label and production studio of the same name who have worked with such notables as Needtobreathe, Ben & Noelle Kilgore and Brandon Heath.

'Still: Vol 3' delivers deft new interpretations of worship favourites, hymns and new songs, including "10,000 Reasons", "Just As I Am", "Know Your Heart", "Reckless Love", "Cornerstone" and "All The Poor And Powerless." The result is described as "a seamless, atmospheric and often cinematic soundtrack for moments of prayer and meditation for individuals and churches."

Speaking about the creative process behind the album Seth Talley said, "We brainstormed, made lists and suggested some of our favourite songs or songs to which we could bring a new perspective. It was fun mapping out the songs, pressing in to use different sounds to hint at the original melodies and blending our three very different production styles to create something unique that all three of us love. We hope listeners will feel the same!"

Brad King added: "Working on these songs definitely forced us to see them in a new way. We didn't want to just replay the melody. . . this process forced us to think outside the box and come up with additional melodies and textures to bring new life to the songs."

In addition to producing/playing on 'Still: Vol 3', The Creak team pulled in guest musicians including Cara Fox on cello and acclaimed British guitarist Stu G, formerly of Delirious?, who plays on the beloved Delirous? track "What A Friend I've Found."

Said Andrew Osenga, director of A&R for Integrity, "The guys at The Creak are making some of the most amazing music right now. Their production work for others is fantastic and David's upcoming album is absolutely phenomenal. After a year of such hard work serving others, it was thrilling to hear what happened when they just holed up in the studio together with no agenda other than to create something beautiful."