Spotlighting some of the songs on The Experience 8 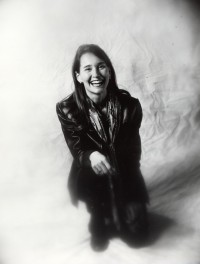 DEBBY BARNES
"Hurry To This Heart"
Essentially this song is about the human condition. Christians are not immune from the things the world throws at us. And from time to time each one of us is likely to throw ourselves before God and moan about it! This crying out to God is something I believe every Christian needs to be real about.

MIKE ROBERTS
"Still Time"
"So High"
This is the title track of the album and reflects on a simple truth for both Christians and non-Christians: that there's still time to accept him as Lord and, for believers, still time to go deeper into his purposes and plans. The whole thrust of the album is relaxing jazz music, jazz that is accessible, whether you're hearing it on an Alpha meal, a concert or a club.
The song "So High" is not really representative of the album as a whole. I have a strong conviction that this is a song God gave me in a very direct way. In fact, we sing it at the church where I'm worship leader, as a congregational song. I

COASTAL DUNE
"Beautiful"
(Nick Drake)
It was one of those songs that came easily. I was standing in a room looking out of the window. It was a beautiful day. Suddenly I was thinking, "This is beautiful." But of course a sense of that beauty comes through the perspective of a relationship with God. The verses reflect on the fact that there's also going to be pain and struggle. But even there, with God in our lives life does have times of real beauty.

SONS OF THUNDER
"Hung Up On A Cross"
(Lewis Turner)
The recording is actually an amalgamation of two songs. The verse is pretty straightforward though it contains the lines, "When I wander from your path/As you know I often will." It's easy to write songs full of shallow triumphalism but we need to be real in our songwriting. The chorus is equally personal, expressing how we all contributed to Jesus' pain as he hung on that cross.

LIZ SHEA
"Trust"
It was inspired by two things. One was valuing the trust I have with my husband. Trust is such a precious thing and if it breaks down it is incredibly hard to restore. Another thing which influenced the writing of the song was a friend of mine who was going through real problems with her teenage son. She had come to a place where she told him, "I can't trust a word you say." It's a real tragedy when that happens. As I said, when trust goes it's very, very hard to rebuild.

RICHARD REID BAND
"Keep On"
This deals with disappointment, a subject that many people working in Christian music know a lot about! The lyrics go, "Why should I be disappointed/When I know I've been anointed?" The fact is though that being involved in ministry often puts us into a place where we come under attack and we need to come back again to a place of 1 God's comfort and protection.

DREAMCOAT
"No Glitter"
(Ivan Malin)
This song deals with star signs, cosmic charts and all that rubbish that is promoted these days. I heard a radio show recently and it had all this nonsense about when the moon's in alignment with the planets, etc. It was terrible. The chorus of the song goes, "All I need is the God I trust/None of your glittery stuff."