The Gag They Couldn't Man: Looking at praise marches and "party time exhibitionism" 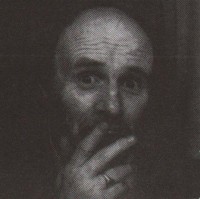 I'm sure I read it somewhere - something about the release of a cassette from the book on the making of the training video on how to organise a local, regional or national Grand Scale March.

There must be an elitist little think-tank tucked away in deepest East Anglia, dedicated only to the next self-perpetuating evangelical angle. And this one's a beauty; this one really is in vogue. Well, I'm up to here in marches - the 'out-of-my-way' brigade seem to have spawned yet another new genre, complete with attendant merchandising. Another excuse for a set of songs tailored to a ready-made market. Package the March.

Of course, it's nothing new; history is peppered with the device - however, there's a distinction to be made. The lobbying/causes/rally-mongerers are legit; they are the Gatherers, the Congregators - they don't enjoy the experience - they just seriously discharge what they deem to be their responsibility to effect change. It's the band-wagon marchers you've got to watch.

Marchers? It's really more like shuffling; meandering, snaking, that sort of thing. It's hardly the serious, hard-edged, stand-your-ground or into-the-trenches stuff. When the British Army rolled out the tanks against the munitions
Phil Thomson mobs in 1919

Glasgow...now that was serious leather. The American race marchers rallied to one song of overcoming power and were ready to burn for their rights. And today's poll tax damage has also stirred a few feet. But the witness lines are different.

All you have to do is imbue the whole business with a sense of integrity and worth, rather than protest and indignation. It's yet another way of being lost in the crowd, not daring to be seen as an individual - and a great way of avoiding the inspection of lifestyle and example. Just sign up and fall in. At least Sally Army don't mess about; the demands of their tradition simply cannot be tampered with.

I can well remember, in my non-conformist 50s childhood, glory-marching like crazy to hymns with titles such as "Hold The Fort" from the Redemption Hymnal and laughing ourselves silly at the pastor who was out front singing at the top of his voice "see the mighty hosts advancing, Satan at their head..." I don't suppose we were mixing it at all. As long as we kept moving, kept singing, and didn't get separated out, we'd done our bit.

Part-time exhibitionism is a fair-weather friend. Where do they all go when there are issues to support, minority magazines to sell, altruistic causes to champion - rather than just evangelism to consider? This is no reflection on the Kendricks and Coates who rightly chose this path. The problem is with the sheep.

KENYA
There is a denomination, in the much-fragmented church life of Kenya, called the Running Church. Every week you'll come across them dance-jogging their way along some riverbed road, three or four deep, as much as 40 rows long.

This is how they worship. They have no church building. They are running to meet Jesus in the air, waving their arms - their chants incomprehensible in any language - singing and shouting and generally not looking where they are going...

I wonder how long it's going to take?