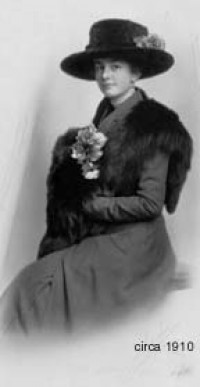 Of all the myriad of songs celebrating Christmas few indeed are those which retain, decade in decade out, the same popularity as the traditional carols. One song which has retained its popularity since it first climbed the American and British charts in 1958 is the song "The Little Drummer Boy" and in the Western world there can be few people who haven't heard the imaginative musical tale of a poor army boy drummer summoned by the Magi to the Nativity where, without a gift for the infant Jesus, he played his drum subsequently remembering "I played my best for him" and "he smiled at me." Admittedly there will be some conservative Christians who feel that this fictional embellishment of the biblical record is beyond the pale but in truth it is far better at portraying the essence of the Christmas story than the Santa songs and sleigh ride oldies which are part and parcel of countless Christmas celebrations.

The latest version of "The Little Drummer Boy" being played on Cross Rhythms radio is by Nashville-based singer Yancy. When Cross Rhythms interviewed Yancy Richmond back in 2011 CR wrote about her "metamorphosis as a Pink-styled rock chick" and how "this most versatile of singer/songwriters has previously been a teen pop performer, a children's minister, a praise and worship leader and a successful author." To this list we could now add "Spanish-language communicator" and "all age worship leader." Versatility and musical eclecticism have always been central in Yancy's make up. The lady herself said, "I think diversity is something that happens to creative people. I'm just one of those people who have a lot to share and express. . . Some see these things as diverse. I just see it as being obedient and doing what God has called me to do." Yancy has now taken "The Little Drummer Boy" evergreen and turned it into a piece of bubbly electropop, complete with cheesy rap, which works wonderfully well.

The origins of Yancy's latest radio hit go back to another era and the life and times of classical and choral composer, pianist, author and educationalist Katherine Kennicott Davis. On the great lady's death in 1980 a memorial service was held at Wheaton. The Boston Globe newspaper succinctly summarised Katherine's achievements: "Miss Davis composed more than 800 selections, sacred and secular, and her work was published by more than 15 companies. Her most well-known song is the carol 'The Little Drummer Boy', originally published in 1941 as 'The Carol Of The Drum'. She also composed songs, seven operas, carols, choruses and sacred cantatas for children. Upon graduation from Wellesley College - she won the Billings Prize for composition in the class in 1914 - she taught music at Wellesley College and the graduate study in music at the New England Conservatory Of Music."

The song was originally published by Davis based upon a traditional Czech carol (which has never subsequently been traced). Davis was interested in producing material for amateur and girl choirs and her manuscript is set as a chorale. It first began to get wide exposure when sung by the Austrian Trapp Family Singers (whose life story provided some inspiration for Rodgers and Hammerstein's musical The Sound Of Music) and they recorded a version for Decca Records. In 1957 it was recorded, with a slightly altered arrangement, by the Jack Halloran Singers for their album 'Christmas Is A-Comin' on Dot Records. Dot's Henry Onorati introduced the song to his friend Harry Simeon and the following year, when 20th Century Fox Records contracted him to make a Christmas album, Simeon, making further small changes to the Halloran arrangement, retitled it "The Little Drummer Boy" and recorded the song with the Harry Simeon Chorale on the album 'Sing We Now Of Christmas'. Rather dubiously, Simeon and Onorati claimed joint composition credits with Davis. 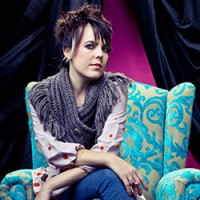 Christian artists too have latched on to the charming musical tale of the drummer boy at the Nativity scene. Since Jars Of Clay first recorded the song for the EP 'Boy' in 1995, Cross Rhythms radio has played versions by For King & Country, Tye Tribbett, Audio Adrenaline, Richard Smallwood and the Blind Boys Of Alabama. And as Yancy's poptastic version shows, there are still new interpretations to bring people a tad closer to those momentous events in a Bethlehem stable.