The Marcia Dixon Line: Performing pop and calling it gospel

Marcia Dixon talks about the phenomenon of singers performing pop and calling it gospel. 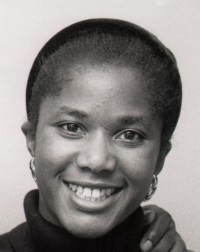 1991 was a breakthrough year for those involved in the contemporary Gospel music industry. Amy Grant scored chart success throughout the world with her hit single "Baby Baby" and album 'Heart In Motion'. BeBe & CeCe Winans, Ranee Allen and The Sounds Of Blackness scored unprecedented success in the American R&B charts, and soul music writers waxed lyrical about gospel releases from Margaret Bell, Billy And Sarah Gaines, and Commissioned to name but a few.

Word, Sparrow and Benson, the three largest gospel music companies signed distribution deals with leading secular labels and at the stroke of a pen increased the potential market for their artists.

British artists didn't do too badly either. The Escofferys scored critical success with their debut album 'Options' whilst Brian Powell and Nu Colors gained record deals with major UK labels. All in all, things seem to be going very well for contemporary gospel. But there are some very subtle and worrying trends accompanying gospel music's advancement.

Gone are the days when gospel singers wanting to sing pop left the church to do so. Now gospel singers are singing pop and calling it gospel. The increasing popularity of contemporary gospel has caused a crisis. In having to pander to public taste to increase gospel's popularity and its audiences, gospel artists seem to have lost sight of what gospel music is.

Many contemporary artists now sing a gospel so broad in it's scope and application that they could well be musical spokespersons for the multi-faith movement. References of Jesus and God are now couched in ambiguous terms such as 'light' and 'strength'. Religious themes specific to the Christian faith such as human sin, holiness and God's power seem to have disappeared from the spiritual agenda of many artists who now prefer to concentrate on God's love and their relationship with him. And marketing ploys, once the sole realm of the secular entertainment industry, have now become part and parcel of the promotion of gospel artists.

Take The Winans for instance. These anointed brothers have won fans from both mainstream secular and Christian circles ever since the release of their debut album 'Introducing The Winans' in 1980. The Winans managed to embody gospel lyricism in a contemporary music format which everyone could identify with while not losing any of gospel's potency.

The tide turned for the group however with the release in 1985 of their fourth album 'Let My People Go'. The title track became a club hit on both sides of the Atlantic and gave the Winans a taste of the showbiz big time.

Their subsequent releases have served to increase the Winans' popularity. Their 'Decisions' album included contributions from million selling soul diva Anita Baker and ex-Doobie Brother Michael McDonald. Their last release 'Return' raised their pop profile even more. Swing beat king Teddy Riley was featured on the debut release from the album. Many Christians were up in arms because the song featured a rap by Teddy and everyone was asking the question 'how could the Winans sing with a man renowned for singing about explicit bedroom scenarios?' Another criticism levelled at 'Decisions' was that it was difficult to make out if some of the songs were in fact gospel songs, or pop songs dressed up as gospel songs. The Winans are now one of the most popular soul-cum-gospel groups going. But at what cost? Those prophetic insights that were once a feature of their songs seem to have almost disappeared.

There are a whole lot of artists on that slippery slope of compromise who think that they are spreading the gospel when in reality they are singing a universal love message. Though some of the music is inspired, its inspiration is not from the gospel.

In an age where minds and hearts are exposed to a daily dose of immorality, violence and sexual explicitness, gospel artists should not just be seeking to inspire today's young listeners with a few positive messages but rather should be seeking to transform lives with the power of the unique gospel of Jesus Christ.

Furthermore the consummate gospel artist does not need to use the latest marketing ploy to spread his or her message, or compromise the message in order to gain financial success. Instead Gospel artists should see themselves as warriors for the Lord in an environment that neither respects or follows Christian values, determined to get to the people the message God has given them. If fame and fortune follow, it's a blessing. But if they have to suffer for their art and their faith they are willing to do so.

It's time for some of our "gospel" artists to stop using the name and own up to being the pop stars that they undoubtedly are.

The opinions expressed in this article are not necessarily those held by Cross Rhythms. Any expressed views were accurate at the time of publishing but may or may not reflect the views of the individuals concerned at a later date.
About Marcia Dixon

Marcia Dixon has, for many years, written about all aspects of black gospel music. She lives in London.