TobyMac: Announcing that This Is Not A Test

Tony Cummings reports on the forthcoming album by TOBYMAC

What is unquestionably one of the most highly anticipated releases of the year has now been set for 7th August. On that international release date the new TobyMac album 'This Is Not A Test' will be unveiled to the public and, following the success of the first single from the project, "Beyond Me", industry observers are already suggesting that the six-time Grammy-winning artist could once again debut at number one on Billboard's Hot 200 chart.

Toby's 'Eye On It' made record industry history being the first Christian music album ever to debut on the Billboard chart at number one and only the third album in CCM history to make the top spot. 'Eye On It' went on to receive a RIAA Gold certification. In fact, each one of Toby's five solo studio albums have gone Gold.

'This Is Not A Test' was produced by Toby, David Garcia and Chris Stephens. Talking about his new release, which is being issued in a standard 11-song version with a Deluxe version featuring four additional tracks, Toby explained that the album comes as a reminder to "make every moment count, and make every second count. I started collecting concepts as soon as I turned in the last record three years ago, and started working on this album a year and a half ago. The concepts are all based on my life experiences."

Toby, of course, became a Christian music star during the 12 year reign of rap and rock pioneers dc Talk and long-time fans will be excited by the news that the trio temporarily reformed with Kevin Max (now a solo singer/songwriter) and Michael Tait (now the frontman for Newsboys) adding their considerable talents to "Love Feels Like". Other guests on the project are dance music duo Capital Kings, renowned rapper NF, new country-tinged singer Hollyn, singer/songwriter Ryan Stevenson and long-time musical associate of Toby's, Byron "Mr Talkbox" Chambers. 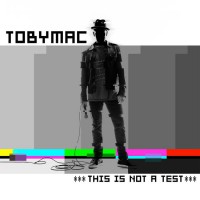 The song "Undeniable" also features vocal contributions of young students from New Hope Academy. Toby is a long-time supporter of the non-profit school based in Franklin, Tennessee, which provides scholarships to low-income families for high-quality education. Explained Toby, "Collaborating allows us to appreciate our differences and makes us more receptive to each other. I'm honoured to collaborate with my songwriters, produce with my co-producers and I am honoured to take the stage with my band. There is a richness to what humans do when they come together and collaborate."