TONY CUMMINGS thought his duties for this issue of the magazine were finished as he went off to Roots & Branches '97. God had other ideas. 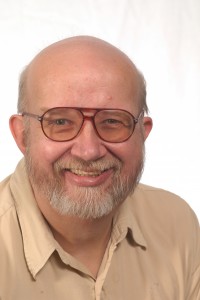 I felt like someone had punched me in the stomach. I wanted to walk into surrounding churches that Sunday and slag them off for their apathy and insularity. I wanted to do something, anything, to stop the shame I felt. Sweet Jazz Popeye were over there sitting in the weak summer sunlight but I didn't have the guts to go over to them and introduce myself. What do you say to a band who've flown in, at your magazine's invitation, all the way from New Mexico, and that having paid all their own air fares/food themselves that night would be playing to a crowd of 50 or 60 people?

I was dog-tired. I'd finished Cross Rhythms 41 the day before and had been up since 7.00am travelling with my daughter Joanna by car, coach, train and bus to Dudley Castle. It was not ministry duty. It was a time to chill out, catch a blessing and some great music, plus meet up with my old friends at Starburst Christian Arts (the Willenhall Christian fellowship-based ministry which with Cross Rhythms organised Roots & Branches) and just enjoy being there. I wasn't enjoying this. Last year's attendance had been disappointing but the attendance this year was not much better.

A friend came up to me and began to theorise as to why we were only going to get two or three hundred to an event which, on paper - Split Level, Terl Bryant, Sweet Jazz Popeye, Viola and a dozen more artists with CDs out there and the guts to converge on Dudley for little more than a tank of petrol - should have attracted 1,000 plus. Bad publicity? Lack of grassroots communication among local churches? The cold weather (it was eerily cold and getting colder by the minute)? The fact that Champion Of The World and Delirious? in the charts have not yet heralded in the golden age of UK CCM and it's still a tiny, under supported scene? Even the suggestion we had simply got it wrong and it wasn't God's will to pioneer a music and ministry festival in Dudley. But then, who was the "we"? The financial short fall that was bound to follow Roots & Branches '97 "wasn't my problem" as I said to my friends as I went off to find the toilets. Later, I was to repent of that puerile remark. If I'd come to enjoy Roots & Branches, I would have to "own" it.

An hour later I lolled with Joanna on the dampish grass listening to Catherine Francis. There were 10 others listening. Catherine made jokes about the "intimate gathering" and how cold her fingers were, a bit of a problem when your entire accompaniment is a keyboard. She began to play. Soon she seemed lost in her beautiful soothing, evocative music. I was lost too, swept into her inner world. How'd she'd walk to work at Woman's Own and stop and talk to the cardboard city homeless at Waterloo. How her testimony was that Jesus was her lifeline. How even a tragedy of such stark blackness of Aberfaan one could find a God who walked with the broken hearted. And as Catherine's haunting music echoed around those beautiful castle walls I became centred again. Later that evening Catherine and I spoke and prayed about numerous things. I was at peace and Roots & Branches was touching me. The huge, snarling, joyful rock energy of Split Level came roaring at me through the canvas to my seat at the Cross Rhythms stand and despite the cold I was glad, very glad, I was there. The deejays came and the beat was pumped and by the time the delicious, sinuous, timeless funk of Sweet Jazz Popeye rang out into the night I wanted to be nowhere else.

A golden weekend. Audacity reminded us that from East to West, Christ's tender love reaches out to comfort and console his children. Terl Bryant played such breathtaking music taking you into the very centre of worship Dave Pope coming onto site and within minutes uncannily found the heart of the festival as he led us in worship. Tom Brock reminded us that when the person with AIDS is healed and when we genuinely do what we see the Father do then we'll draw others to the King. Chris Cole observed that we're called to be faithful not successful. And, maybe most heart-touching of all, standing in front of that stage, tears running down my face, I worshipped God as Viola's angel-like voice reminded me that there is a time, a better time, ahead and that God has a season ahead when we'll soar through a crystal, starlit sky. I wasn't doing that yet but I was rejoicing and all my frustrations and anger and fear were long gone. In his time crowds will flock to Dudley. I believed that now. A golden weekend. The roots are going deep and one day the branches will burst into flower.