Top Dog Promotions: Carrying out a key role in engaging the mainstream

Getting a quality Christian music act to come and play in your town has never been easier thanks to the pioneering ministry TOP DOG PROMOTIONS. Tony Cummings spoke to their founder Gareth Brocklebank. 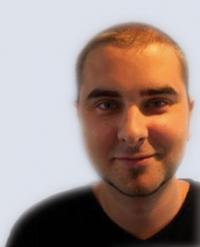 A key ministry which has done much to expand the British Christian music scene is booking agency Top Dog Promotions, based in Milton Keynes. This pioneering ministry, run by Gareth Brocklebank, takes bookings for an impressive bevy of acts. Yfriday, thebandwithnoname, Steve, Nicki Rogers, Replenish, Andy Flannagan, Musicademy (a brand new covers band), TBC, Elaine Hanley and such DJs as Lee Jackson, Steve Jeffery (BCee), Doug Ross, Dan Hargreaves and Matty H are all represented by Top Dog. If that wasn't enough the busy concern is also booking sports entertainer Tommy Baker and graffiti artist AKS. I spoke to Gareth Brocklebank about how he came to find himself in such a pivotal position on the UK scene.

"I was brought up in a Christian family living in Milton Keynes and became a Christian when I was five years old. All I knew was Jesus loved me, I loved him so I gave my life to him! It says in the word about coming to Jesus like a child - I guess I took that literally! When I was 21 I married Natasha who, alongside her identical twin sister Loretta (ex-World Wide Message Tribe), had a vision to set up a band taking Jesus in a relevant way, using music and dance, into high schools in Milton Keynes. They got Mark Pennells (co-founder of WWMT) involved as their manager, added two other girls (Nicki Rogers and Hanne Petersen) and called the group Shine.

"After a year of Shine coming onto the UK Christian scene, I was asked to come on board as their road manager. I loved my job working as an area manager for Volkswagen UK so turned it down but a few months later God called me to the new job. I halved my salary, gave back my lovely company car and started living by faith and seeing on average 30 young people saved every week in the schools of Milton Keynes through the work of Shine! There was no comparison between the two jobs! It was the best job I'd ever had. When we weren't in school we were touring the UK and Europe and during the school holidays we toured the USA as Shine had recently been signed to Reunion Records in Nashville. In November 2001 Shine played their last ever concert at Winter Wonder Rock in Holland. It was a sad but exciting time. Most of the girls had something to go on to but I had no idea what I was going to do for a job!

"I started working as a freelance marketing consultant four days a week which definitely helped to pay the bills but I really wanted to keep my foot in the door of the music industry. Occasionally I would get calls from people who used to book Shine asking if I had any advice on who to book for their event now Shine were no longer taking bookings. I also had lots of friends who were in bands or were solo artists who were looking for more gigs - so - I started to hook the two up together and become a self employed booking agent in my spare time. In February 2002 I called my company Top Dog Promotions Ltd. We signed thebandwithnoname soon after and I soon cut my marketing down to three days a week and did Top Dog two days a week. Then marketing two days, Top Dog three days, etc, etc until I became full time and now we have a staff of three working from our office in Milton Keynes representing 16 signed acts! God is good!"

Top Dog Promotions believe that there is a huge need for quality Christian artists. "There are so many talented Christian bands and acts out there that are as good as, if not better than, their equals in the mainstream and I wanted to give them the exposure they deserve. Music and the arts is so powerful and having positive, God focussed lyrics and ideas going into our young people's minds instead of sex, drugs and "anything goes" has to be a priority. I also wanted TDP to be a resource to churches, festivals and youth events - somewhere where they could come and access the best Christian acts all in one place and one phone call. A lot of the time, event organisers spend days and weeks trying to get hold of a particular band that they want and not really knowing who to phone or email. Similarly most bands and acts will happily ditch the "admin" side of things to release them to do what they've been called to do - be creative and play their music! We regularly get calls from regular youth event organisers who book their whole year's events up in one phone call! Thebandwithnoname one month, Yfriday the next, Steve the month after, etc, etc!"

One area which is an exciting new strand to Top Dog's activities is the hugely popular graffiti artist AKS (who incidentally is married to an ex-Shine girl Loretta). AKS has just completed a week long project funded by Hereford Police, working with people who have been arrested for illegal graffiti. Relationships with various councils are now developing for Top Dog. "We sent one of our graffiti artists up to Scunthorpe in early 2003 to do two graffiti workshops as part of a week long art exhibition. A friend of the exhibition organiser worked for North Lincolnshire Council and contacted us about putting on some graffiti workshops for their council funded youth groups. We did exactly that and they loved them! This then got me thinking about how we could expand this. I quickly put together a list of the creative workshops we could offer using some of our artists and some other contacts we had and came up with 14 workshops. I then did some research and emailed details of all the workshops we offered out to almost every council in the country. We received a brilliant response and have now worked with 12 councils, are preferred suppliers to Bedfordshire Council and have just been offered a two year contract with Berkshire Connexions (youth department of the council). Our tutors work with the young people from two hours through to a whole day or even a week long project in some instances, teaching their specific subject. As you can imagine, all our workshops are very "hands on" and practical. None of them are done in a typical classroom setting. Our workshops are: graffiti, mime, DJing, MCing, streetdance, football, sports tricks, creative writing, music, drumming and percussion, guitar, vocal coaching, songwriting and breakdancing."

I just wanted to enquire about graffiti artists who might be available to come and teach the art of graffiti, maybe use it as a way of sharing faith out on the streets. To help youngstyers express them selves maybe. I'm not entirely sure how's best to do this, it was just an idea, i thought i would just explore the possibilities.
Many thanks

you should come back to scunthorpe some time and make legal walls. so we can do graffiti legaly. i missed out on the last graffiti event you did at scunny.