Touched By A Song: "I Surrender All" by Winfield S Weeden and J W Van De Venter

Steve Norman, a policeman from Yorkshire tells how a track by Winfield S Weeden and J W Van De Venter impacted his life. 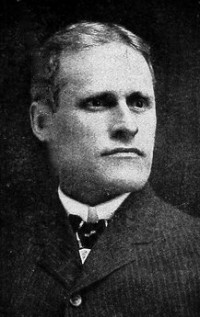 Do you believe in miracles?" asked a voice excitedly on the telephone. It was my weekly call from my mum and I just knew that this time she had gone over the edge. She had been to one of those 'happy clappy' churches and found religion. Some months later for some reason or other I agreed to tag along one Sunday morning. Imagine my absolute embarrassment when I started crying for no reason at all! The more I tried to stop the more tears flowed. I came away somewhat confused and yet wanting to know more. Shortly afterwards I started police training school and it was here that I met my instructor who made no secret of the fact that he was a Christian. His lifestyle greatly impressed me and I continued on my search for a meaning to this life I was living.

Shortly after leaving training school I started work in Scarborough and very soon found myself involved in a whirlwind romance which resulted in my engagement. Only a couple of months later the romance was off and I made a vow - more women for me! It's a new car and the high life from now on! With the keys of my new car in my hand I set off for the first drive. This took me to the Easter Convention meeting at my mother's church! Well, sure as eggs are eggs, as soon as the singing started so did the tears. I cried through the worship and through the sermon until the invitation was made to those who wanted to receive Jesus to go out the front. A solitary person rose from his seat and walked to the front still crying - yes, it was me! I made no conscious decision to go out -I just felt as if I was being carried there. When I got back to my seat it was time for a chat and a cuppa. I turned 'round to see who was behind me and, what was this I saw? Yes, it was a very attractive young lady! We started to chat and soon had exchanged addresses. Within three months we were engaged and a year later we were married. So much for the new car - I sold them to pay the bills!

My early Christian days in Scarborough were no fun. I was mocked by colleagues and threatened with the sack. God however, had different plans and through an incident which came out of the blue my appointment was confirmed. Yes, now I really did believe in miracles. My walk with God was still hindered by the bitterness, hatred and resentment which I held against my natural father caused by years of physical and mental abuse. The more I struggled with this the deeper the hole became until I met a South African guy called Trevor Sampson. As we began to talk I knew that Trevor understood my problem. I found myself able to start to let go of the past which still caused me such pain. After 18 months of being a Christian I wrote to my father, whom I had not seen for two years, and sought his forgiveness for the feeling I held against him and sharing about Gods love which I was now beginning to understand. To this day I have not seen my dad but I know he got the letter. The past few years have had their ups and downs but the one thing I am sure of today is that God loves me - despite my constant failings.

Before I was a Christian I would find rest in the words of country and western songs believing that someone else knew how I felt. The first Christian CD I bought was 'So Glad I Know' by Deniece Williams. I would listen to it over and over again (mainly because it was the only CD I owned) and particularly Deniece's beautiful rendition of the old hymn, "I Surrender All". This hymn is my prayer and has meant much to me over the last nine years. If I had only learned that to surrender to God is not a weakness but an action that will bring strength. I am now privileged to be involved in concert promotions as well as a house group leader and assisting with a Romanian relief mission based in my own church. I am even more honoured to share a testimony of God's never ending love and grace. 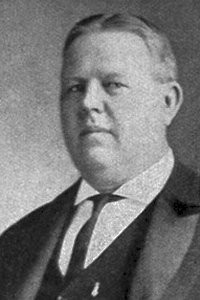 All to Jesus I surrender
Humbly at his feet I bow
Worldly pleasures all forsaken
Take me Jesus, take me now

All to Jesus I surrender
Lord, I give myself to thee
Fill me with thy love and power
Let thy blessing fall on me

All to Jesus I surrender
Now I feel the sacred flame
0 the joy of full salvation!
Glory, glory to his name.

I came to the US as refugee for the resettlement. I wonder how wonderfully the Lord do His part for me. His abounding grace shuts my mouth and I become speechless before the Lord. Lord Jesus came to my life on 2/14/1997. Right then the things have changed tremendously in my life. I used to claim to be an orthodox hindu but when I accepted Lord Jesus Christ as my saviour I found the things that I believed were all nothing. I found myself to be a man who was moving towards an unknown destination and there was no one to ask me where I was going? Let the Lord be glorified for his bountiful grace which he showed towards me by chosing me to be the one of the permanent resident of the only Heaven which is occupied by the ALMIGHTY GOD WITH HIS SON ON THE RIGHT HAND SIDE AND PRAYS FOR THE ALL WHO SEEK HIM. Glory to HIM forever and ever. God bless this sight and the song which is my most favourite I keep singing it day after day