Trip Lee: The hip-hop man exposing the lies of The Good Life 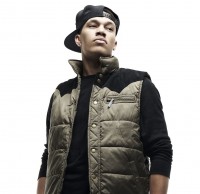 The Washington, DC-based rapper spoke to blogger and author Tim Challies about the thinking behind the album. "I want the listener to think deeply about the kind of life they desire to live. We're fed so many lies about what 'the good life' is and I set out to challenge those lies on this album. Too often, especially within hip-hop, we've been told that the good life is a life with money, cars and girls. Or maybe we think the good life is a life free from worry and responsibility. Or maybe a life where God gives us everything we ask him for. Whatever it may be, I wanted to challenge those lies and paint a new picture of the good life using a biblical lens. What is the best kind of life we can live according to God? I think the good life is a life spent believing God and embracing everything he has for us in Christ.

"The main thing that made me choose this theme was heartbreak. I'm always heartbroken when I see people build their lives around lies. So I wanted to encourage the listeners to build their lives around God's words. Whenever I read Romans 8, I'm reminded of the riches God has given us in Christ. There is nothing that can separate us from his omnipotent love, and the good life is wrapped up in that truth. That truth from Romans 8 is at the heart of this album. As I read books and preached sermons during the album process, God continued to show me new things I could encourage my listeners in. It's a broad topic, so everything I've been reading has contributed and inspired me in some way."

One of the album's outstanding tracks is "iLove" which pinpoints this generation's addiction to technology. Trip Lee told JesusFreakHideout, "When I think about my cell, I think about my own struggle to make sure that I'm not, you know, controlled by my technology or my iPhone specifically. It's easy to just fill up every little open moment of your day with looking at Twitter and looking at email, looking at whatever. It was something that was personal that I know is a struggle and I think it's a struggle for a lot of us being that so much is so accessible through our phones." 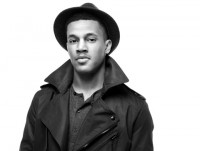 The track "Heart Problem" is already causing controversy in some circles. Said Trip, "When I think about the good life, over the years hip-hop culture has had such a strong glorification of stuff and money; we've spoken strongly against that. And I know some people have taken that to mean that we think money is bad. What I wanted to do with that song is to take three things like money, sex and power. . . Three things that we know can be abused and are usually a part of some of the false things of the good life, but these are actually good gifts from God. Money, sex and power are good gifts from God. The problem is not those things. The problem is actually in our hearts, because instead of using those things for God's glory, we end up worshipping them and making our whole lives about those things. So, I think it's better if we think about it more biblically that way. And think, you know, the main problem is our hearts and if we would trust Jesus, he would give us a new heart and we can begin to use those things the way we were meant to use them for his glory."

One of the surprise collaborations on the album is Trip sharing the mic with CCM man Jimmy Needham. Commented Trip, "We've been friends for a while. I met him a couple of years ago because I liked his music; reached out; we started to build a relationship, and that song 'Take Me There' is one of many times me and him have collaborated. We did stuff on each other's last albums and he did this one and I gotta joint on one of his new projects. He's a good friend of mine, man. A like-minded dude who I'm grateful for. I love his music and I love his heart. And, yeah, I love his sound because he has a cool, kinda soulful, thing going on."

On the hiphopdx website Trip commented about the current state of Christian hip-hop, "Some people think of Christian hip-hop as its own genre. Some people don't. You know, I think it could go either way. If you want to think of it as a genre, that's fine. Or if you want to think of it as there's some people within hip-hop who are Christians, who are intentionally communicating from a Christian worldview, that's how I would probably describe myself. And I think among those Christians in hip-hop intentionally communicating Christian worldview, I think the doors are opened wider than they've ever been. When you think about how many dudes are dropping albums, and at the very least, people are really paying attention to them.

"They're hitting charts, and up in blogs, that kind of stuff, now the New & Noteworthy on iTunes; that's cool, man. I think about albums that have come out recently like Swoope's ['Wake Up'] album or RMG's ['Welcome To The Family'] album, where they have gotten some love on iTunes and some different places. That excites me, man. And you think about LeCrae's album coming out. He's got this ['Church Clothes'] mixtape coming out with Don Cannon. The platform continues to widen and widen and widen.

"What I would like to see is Christians in hip-hop, I would like to see us do good music. I would like so see us strive for excellence in the music that we do, so people can see that just because you're Christian doesn't mean your music has to be wack. One of my things the whole time I've been doing music is, 'Yes, I'm a Christian, and yes, I even intentionally communicate truth about God, but that doesn't mean my music has to be wack.' I want my music to be tight. I have to work harder than other people, because I already have two strikes against me, because I love Jesus. And I'm going to be unashamed of that in my music. People are going to put me in that box. I know I got to work harder for my music to be good. I want Christian hip-hop to do that. In addition, I want dudes that are Christians within hip-hop to also not be ashamed of who we are; to intentionally communicate who we are and what our worldview is and try to make an impact in the world and in hip-hop."

I am so in love with this article and Christian hip hop in generally..the article really motivates one to be unashamed of being a christian..Trip lee, Sho baraka, LEcrae and Tedashii and soon to be famous Christian hip hop artists really live me speechless and breathless ' over falling with God's glory' every time their music plays..