Uncut: An overview of Christian music coverage in the UK magazine

Tony Cummings kicks off an occasional series by assessing the Christian music coverage in mainstream music publications - this month, UNCUT 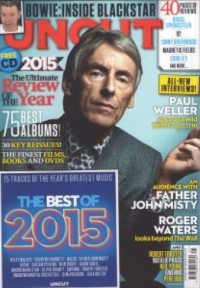 When the Internet took over from paper magazines as the premier vehicle for publishing interviews, news and reviews of music, many predicted that the days of paper music magazines were numbered. In fact, though some have gone to the wall, music magazines have continued and even proliferated in the UK with more and more niche publications vying for space on the newsagents' shelves. Uncut was launched in May 1997 as "a monthly magazine aimed at 25 to 45-year-old men that focuses on music and movies." Although the film coverage has fallen away to a few pages and Uncut's circulation has now dropped from the halcyon days of 2007's 90,000 down to its current ABC figure of 56,223, the publication has retained its reputation as "a thinking man's music magazine." It compared favourably in many ways with the bigger selling Mojo magazine.

One of the primary roles of Cross Rhythms is to be a voice and champion for honest and informed quality coverage of the wealth of music artists who profess a Christian faith - wherever we find it. As such we commend those mainstream publications who identify these artists within their pages. This month I've picked out a few things from the January 2016 Uncut which might be of interest to Cross Rhythms readers.

Of course this issue predictably gave over a chunk of pages, and its cover mounted CD, to 2015 The Essential Albums, offering reviews-in-brief of 75 of what the Uncut team considered the top albums of the year. They selected a veritable smorgasbord of albums, some by big names (Wilco, Blur, Richard Thompson, Bjork), some by relative unknowns (Natalie Prass, Courtney Barnett, Jessica Pratt) and one or two that highlighted the Uncut team's cool and eclectic credentials (like Jazmine Massey Washington's 'The Epic' or the macro-recorded 'Ba Power' by West African lute musicians Bassekou Kouyate & Ngoni Ba). Like all the mainstream magazines, music made by Christians is seldom reviewed or written about but Uncut did think that Bob Dylan's covers album of Frank Sinatra oldies, 'Shadows In The Night' (listed at 40) is one of the best of the year and another believer, Sufjan Stevens, reached the heady heights of number three with his 'Carrie & Lowell' ("witty and melodically delightful, the album recalled Elliott Smith in its sound and in its ability to make the smallest detail a point on which a world might turn."). The Uncut number one album was by Julia Holter whose chamber electronica on 'Have You In My Wilderness' was intriguingly described as "Aphex Twins meet the Beach Boys."

The number one book in Uncut's survey was How Music Got Free by Stephen Witt. It sounds like a fascinating history of digital music piracy and the technology that brought the music industry to its knees and I for one mean to buy a copy. The first of Uncut's major artist interviews was with folk maverick Father John Misty. The questions were provided by Uncut's readers and ranged from the banal ("when you're on the road what fast food do you get excited about and which one burns you out?") to the well-informed ("what happened to your proposed Christmas neu-jazz double album?"). From a Cross Rhythms reader's perspective, the most interesting question was the last: "how did a Christian upbringing affect your music?" To this Misty responded: "I think the effect it had on the J Tillman output was fairly obvious. The verbiage, and whatever, the imagery, resonated with me in a precocious, immature way. For now it's a lot harder to pin down. But also a lot more time has passed. With Christianity, when you are raised with the concept that says the world we inhabit is not real, that can embolden someone to make the kind of reckless, fantasy-based decisions required to undertake a career in music. It does give you some kind of propensity for idealism and otherness. I think there is something about my particular scorched-earth view of the world, or pop music, or whatever it is - that is a manifestation of some kind of, like, inherited conservative viewpoint. I'm not so disillusioned to think that it has no effect on my life, but the effect may be more covert than I realise."

Then, after a long article on David Bowie's 'Blackstar' album, an excellent Paul Weller in America piece and an interview with Pink Floyd man Roger Walters, there was an Album By Album run through of the recorded output of the Go-Betweens who, in many critics' opinion, recorded some of the best pop albums between the years 1983 and 2005. Getting the band's singer/songwriter Robert Forster to talk about the albums made for a fascinating read. Talking about 1983's 'Before Hollywood' Forster reminisced, "We knew how songs were constructed. And so Grant [McLennan] and I had the songs, most of them written in London and then recorded at ICC in Eastbourne, a very good Christian studio: 24-track, two-inch tape."

In the Reviews (proper) section there wasn't much of Christian interest: Bowie's 'Blackstar' album was given a three page review which in view of the long article earlier in the mag was surely too much; a two page review on the occult-orientated 'Kannon' album by Sunn O))); Laurie Anderson's 'Heart Of A Dog' was described as "the New York polymath's meditation on death, storytelling and her four-legged friend"; the album by Shye Ben Tzur, Jonny Greenwood And The Rajasthan Express which focussed on the spirituality of Sufi music; Bjork's confidente Arca; the final live recording of Grateful Dead; and a self-titled album by Evangelist, aka Gavin Clark, the now deceased exponent of "visceral fury" whose 'Evangelist' concept album is about a preacher's breakdown. The two albums of Christian interest reviewed were 'Sky Down To The Ground' by Devonshire songsmith Small Town Jones and 'The Rochester Mass' by The James Taylor Quartet where the acid jazz pioneer, inspired by attending Evensong at Rochester Cathedral while his father was dying, went on to record 40 choristers accompanied by Fender Rhodes, flugelhorn, sax, flute and percussion. 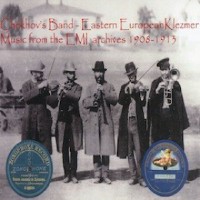 There was also a page devoted to some decidedly esoteric compilations of ancient world music complete with photos of the Chekhov Band whose 78s, recorded in Russia, featured "the lovely warp and weft of Titunschneider's clarinet on 'Ukrainian Fantasy' and 'Remembrance Of Zion'"; and Jhande Nath - pictured with huge turban and a python - who, on the 'Excavated Shellac: Reeds' album was described as playing a "psychedelic reel for snake charmer's pipe."

On page 96 there was an enthusiastic review of the huge various artists compilation 'Sacred To Secular: A Soul Awakening'. The review began, "The path of soul music from the home of the Lord to godless auditoriums is documented in this mammoth and magnificent anthology spanning from 1927 to 1963." The album takes in dozens of early gospel pioneers including Arizona Dranes, Golden Gate Jubilee Quartet, Sister Rosetta Tharpe, the Soul Stirrers, Edna Gallmon Cook and many more before moving on to the mainstream with acts like Ray Charles, the Falcons, Otis Redding, Stevie Wonder and dozens and dozens more.

Another compilation telling the story of gospel music's journey into soul/R&B was also reviewed. The Staple Singers 'Faith & Grace: A Family Journey 1953-1976' was given a whopping 9/10 review. This four-disc box set gloriously chronicles their trajectory over 80 tracks, from the righteous simplicity of the early gospel recordings accompanied solely by Pops' reverberating electric guitar, through the Dylan covers of the civil rights era and the soul years on Epic, and onto the classic funk of the Stax recordings and the sensual carnality of the Curtis Mayfield-produced 'Let's Do It Again'.

Of more interest to Cross Rhythms readers was a two-page live review of the U2 gig at London's O2 Arena on 27th October. Andrew Mueller wrote, "The boys-to-men-to-boys plot of 'Songs Of Innocence' sounds far fresher and far fiercer tonight than on record and could have turned proceedings into 'U2: The Musical'. As it is, this is a vivacious, exultant incarnation of a band for whom rock 'n' roll was never an escape, but a homecoming." 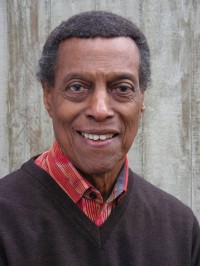 In the obituaries, including those of Joe Moss (Smiths and Johnny Marr manager), Corky Wells (Three Dog Night singer) and jazzman Don Rendell there was one of particular Christian music interest, Leon Bibb. In the '50s and '60s Leon was a key contributor to the folk music revival and recorded numerous albums of folk, blues and spirituals as well as taking part in the historic civil rights march from Selma to Washington. Then, for its final page (save for the back page ads) came Uncut's signing off feature, My Life In Music, which this month asked Natalie Pass "2015's soulful new star" to pick her favourite records. As well as My Favourite Holiday Album (Sly & The Family Stone's 'There's A Riot Going On') and An Album That Never Gets Old (The Impressions' 'This Is My Country') there was an intriguing listing headed The Best Album Found In A Dollar Bin. That album was 'He's A Friend' by Dorothy Norwood - the great gospel diva who once sang with the Caravans and went on to make many great solo albums.

Along with Mojo, Uncut maintains the UK's reputation for quality music journalism and each month publishes much to stimulate and inform the general reader.