VaShawn was born in one of gospel music's great cities, Chicago, Illinois and was very much a church kid. He told singersroom.com, "I was born in Chicago but I grew up in Harvey. I grew up near an alley so on the other side was the church. I was one of those kids that loved music and every time I heard something I would run over to the church and hang with the musicians. The music inspired me to become a musician."

When he was barely a teenager, VaShawn became the assistant music director of St Mark Baptist Church, working closely with nationally renowned choir leader Lonnie Hunter. It was while there that the budding songwriter got his first break. VaShawn reminisced, "The first song I put out was 'It's Only A Test' in the '90s - around 1996 or 1997. I was a choir director then. I wrote two songs for the church not knowing it was going to get out like it did. Tyscot Records picked up the church choir (the New Image Chorale). From there I just started a writing career. Then I joined Bishop Larry D Trotter's Sweet Holy Spirit Church and in early 2000 I became minister of music there."

For five years VaShawn served the Chicago church as their musical director. Finally in 2005 VaShawn took the step to become a gospel artist in his own right. He told Root magazine, "It was easy to make the transition only because I was a minister of music at a pretty musical church. The pastor was pretty musical himself too but he couldn't go like he wanted to go to promote the CD. So most of the time it was me. The easy part was my practice on Sunday morning and Thursday nights and mid-day services and also going on the road with the church choir. Although I was in front it was still a training ground for what God was preparing me for as a solo artist. It was evident that God was giving me a ministry that was for the world and not just my local church. I met with my pastor and told him I believed it was time for me to do something on my own and I just wanted his blessing. He said, 'You got it'. So from there, I recorded and spent my own money. I did my first project, 'Believe In Your Dreams, and Tyscot picked it up. I let [Tyscot Records'] Bryan Scott hear it and he knew what I could do as a writer so now he got to hear what I could do as an artist. That's how it all got started." 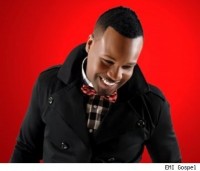 In 2007 VaShawn was one of the guests on the 'Instrument Of Praise' album by Carman. The following year Tyscot released 'Promises', credited to VaShawn Mitchell & Friends. Who precisely the "friends" were wasn't credited on the sleeve save for one, a mighty-voiced Markeyta Sconiers, but the album, in its full-bodied gospel praise such as the intense "I Worship You", had plenty of standout tracks. The Black Gospel Blog wrote, "The urban inspirational and the 'old school church' sides of VaShawn best demonstrate his gifts of musical expression. 'My Testimony', for example, has a deliciously '90s O'Landa Draper swagger as the group impishly plucks the syllables of each line ('My-test be-comes my test-i-mo-ny'). 'Favor (Ain't Fair)' is a bracing urban inspirational song with an honest commentary on God's distribution of talents."

As it turned out, 'Promises' was to be a stepping stone to bigger and better things. In a 2010 interview VaShawn spoke of the changes. "Over the last four years, God has transitioned me and my ministry. I moved to Atlanta, Georgia and I began to realise my purpose and come out of my comfort zone. So many people are under a church ministry and they stay stuck because it's easy. It's comfortable. God had to stretch me. Atlanta ministry is totally different, like night and day from where I come from and how I was raised. It stretched me and my relationship with God. And in this era of praise and worship, God has given me a mandate, a sound that is not too CCM or too traditional. That mixes the sound for our Sunday morning experience to be a holistic experience. Regarding the transition to EMI, it's a partnership. God has put me in a place where I can put a certain sound in the earth. Also, in the message that he wants to put into the earth. A mainstream message as well. This partnership is going to me and my ministry that God has given me to the masses. People talk about levels and all that but I believe the gift God gives us is for the masses and the vehicle right now to get there is EMI Gospel."

In the same interview VaShawn spoke about the album which was to prove to be a number one gospel hit. Said VaShawn, "There are undertones of the title 'Triumphant' in the entire project to encourage the body of Christ. Regardless of what we are going through, regardless of the economy, regardless of anything else, God is still our source. We have been depending on resources too long and when the resources dry up, we get into a mood and we start to get depressed and we forget that God already shed his blood for us and his blood still works. Greater is he that is in us than he that is in the world. We start to forget that we are champions, we are conquerors, we are triumphant and that there is nobody greater than God. He gave me a crazy song. Sometimes when he gives me a crazy song I say, 'Okay God, how do you want me to get this across?' The song is called 'Be Fruitful' and God just told me to tell people in a nice way, don't get so caught up in your time because it can always be time for something. It can be time to eat when you are in college and in line but you can't eat until your turn comes or until you get to the counter. So from 'Conqueror' to 'Be Fruitful' to 'His Blood Still Works', every song on this project is for somebody to get through whatever they are going through in this season. I ask God to purposely give me songs that will out-live me."

The track on 'Triumphant' which opened up the huge sales and the Stellar Awards was "Nobody Greater". Mitchell was surprised at the success of the song right across America's black church. He said, "It's kind of amazing because I didn't write the song. People think I am really young but I am in my 30s and some younger cats in their 20s look up to me like a mentor, like I did with Donald Lawrence. One of my mentee's (Darius Paulk) wrote the song 'Nobody Greater'. He has been singing it around Atlanta and some of the choirs have been singing it and it was on You Tube. I asked him would he mind if I recorded the song and he said, 'Would I mind? This would be my first song.' So we sat down and I decided to give it an arrangement that I felt would hit the hearts of people. There are different versions that people sing around the world. I believe people need to go back to the source. I believe that there is nobody greater than God. I did not know it was going to take on the platform that it did. But as I study songs - some of my greatest inspirations have been Andrae Crouch, Walter Hawkins, Edwin Hawkins, Donald Lawrence and Kurt Carr. There is always that song that kind of speaks to where the nation is right then and there. I believe that where the nation is, not just the body of Christ, that people need to understand God is the greatest and there is no one greater than him."