Viktory: Atlanta's rap-minister and businessman with a turntable hit

Tony Cummings found out more about the rapper, minister and entrepreneur VIKTORY 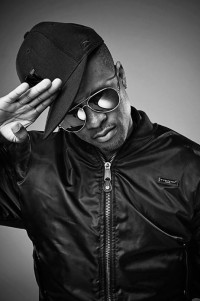 Regular Cross Rhythms Radio listeners will know the track "Hold Me Down" by Viktory. It's another example of the spiritually uplifting music emanating from America's gospel hip-hop underground. What listeners may not know though is that the memorable vocal hook on "Hold Me Down" comes from Marvin Winans Jr, the son of the gospel music patriarch. But though Cross Rhythms knows a fair bit about Mr Winans, info on Atlanta-based Viktory wasn't easy to come by so we recently quizzed the emcee about his music and ministry. We began by asking the 2012 Stellar Award Nominated rapper to tell us how he made the connection with Marvin Winans Jr.

"I met Marvin Winans Jr in Cincinnati, Ohio at an event. He and I just immediately knew that we would be life long friends. We exchanged numbers that day, and from then till now, he's been my brother. We ended up flying him in to Hunstville, Alabama and working with him at Stargate Studios. It was great. Marvin is a real person, and we had a ball. He's very creative and easy to work with, so we just had fun, laughed hard, and made a great song for the time. 'Hold Me Down' is a song about brotherhood in Christ. I had been in a community where there were lots of brothers helping, edifying and encouraging each other in the faith, and I realised how critical that is to a healthy Christian walk. I wanted to crystalize that idea in a song."

As well as being a rapper, Viktory is a businessman and an ordained minister. He spoke about his upbringing. "I was born and raised in Chicago. I moved around quite a bit as child. I lived a good portion of my childhood in inner-city Chicago, as well as California and the suburbs, so I have a good mix. We didn't have a lot, but there were families that were much worse off than us. My household wasn't Christian at all. But we did have values and integrity. I became a Christian as a freshman in college in 2000. The Lord found me there. He used my surroundings to lead me into a curiosity about him and the rest is history."

Viktory's father was a rap artist and it was through him that Viktory developed a taste for rap music and began writing raps. He met a young lady at high school in Lombard, Illinois, eventually marrying her. Also at college he started a web and marketing company with business partner Lavon Lewis, VMG Digital LLC and Pencilworx Design Group. Said Viktory, "We started VMG in 2002 when we released 'The First Of Many' album. I never had 'record label' as part of the plan. Now, however, I see God leading me to work with other artists and share what I've learned. Looking back on 'The First Of Many' what sticks in my mind was the PASSION I felt. I was so zealous and determined to complete that album. It's a special time in my life. I was learning God in this way for the first time and everything was new. I really enjoyed making that album." 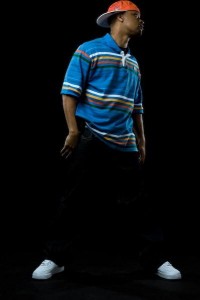 In 2010 VMG released Viktory's 'Believe It Now' album which featured the "Hold Me Down" track. The following year the 'Son Of The King' album was released to wide-ranging acclaim. Said the rapper, "'Son Of The King' is my biggest album to date and has a special place with me. I had some very special collaboration on that album as well. I got a chance to work with Lisa Kimmey of Out Of Eden, I am a huge fan of her and the group. I got to work with Marvin again of course, and Canton Jones. I really worked hard to make that album significant, and for me, I think God did that."

It's not all been plain sailing for the business/rap-minister. The murder of a best friend struck him particularly hard. He commented, "It was a reminder of how short life is and can be. It's made me appreciate people a little more and be more appreciative of the time I have with people." He and his wife also lost their third child when she miscarried. Said the rapper, "That was very hard, especially for my wife. But these experiences have made me understand God's sovereignty in a greater way."

Today VMG Digital LLC and Pencilworx Design Group are thriving. He holds seminars for major business organisations. He said, "When talking about urban Christian culture, my aim is to help develop the infrastructure and assist in establishing a standard of excellence in the genre both spiritually and professionally. I love Christian hip-hop and I love God's people, I just want to see good things happen."

Viktory thinks Christian hip-hop has a dual role - entertainment and ministry. In typically outspoken words he observed, "People aren't willing to say it, but gospel music is largely entertainment. Let's accept that, because it's not a sin. I think making good, entertaining music about the Lord is fine as long as it doesn't cause you to sacrifice God's message to maximize the entertainment value. Our primary role is to provide a God centered form of hip-hop music that allows young people, first, and everyone to enjoy the art form while being edified."

For more on Viktory visit the Viktory artist profile