Wayne Stoddart: Repossessing reggae for the Kingdom Of God

Slowly but surely reggae gospel music has taken ground. Where once it was considered by most church ministers a bizarre oxymoron and the general view was that the sinuous reggae rhythms had best be left to the cult of Rastafarianism, today there are numerous reggae gospel acts and some, like Wayne Stoddart, have received considerable recognition. For instance, Wayne's first solo album 'Committed' was nominated Best New Reggae Gospel Album for the New York Caribbean Gospel Awards (NYCGA) while the singer has shared stages with such acts as Shirley Caesar, Rev F C Barnes and Judy Mowatt. Wayne's second solo album 'Love Convictions' is powerful, yet accessible, roots reggae. Cross Rhythms quizzed the singer about his past and present.

Wayne was born in Kingston, Jamaica and later moved to the country to live with his father in Trelawny. While at primary school he got his first taste for music at a concert at his school. "I was in grade four at the time and I just started singing a pop song and doing all the dance moves. The class went wild." As a result of that primary school experience, Wayne and his brother Steve started singing together as the Stoddart Brothers. Stoddart did not grow up in a Christian home but his parents sent him and his brother to Sunday school. While there the gospel message was planted in his heart by the Rev John Luke Thomas.

Wayne started his recording career in 1995 with his church group at Mountain View New Testament Church of God. Credited Wayne Stoddart And The Dynamis Singers the album 'Fulfilment Of The Bible', showcasing seven songs written by Stoddart, gained some interest in JA, being nominated in the JAMI Awards. By the time Wayne went solo and released his album 'Committed' he was recognised as one of the finest reggae gospel singers in Jamaica with his album being nominated Best New Reggae Gospel Album for the New York Caribbean Gospel Awards (NYCGA) 2002. In 2003 Stoddart won the award for the most Distinguished Male Vocalist at the Merlin Gospel Awards.

Now Wayne's new album 'Love Convictions' is picking up critical plaudits. 12 of the 14 songs were recorded in Miami, Florida. Said Wayne, "The most amazing thing was that the album was never rehearsed before the recording sessions. The band learnt the songs in the studio and created the music within minutes. The entire live tracks, drums, bass and keyboards were recorded in two four-hour studio sessions. I went into the studio with great musicians and 'prayed up' divine inspiration for eight hours and came out with 'Love Convictions'. It is the Lord's doing and it is marvellous!" 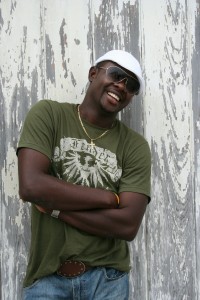 Wayne feels that reggae gospel is not getting the recognition it deserves. He said, "It always puzzles me how the world accepted reggae selling a religion hailing Selassie as God; a man who was not only a Christian but also one who denounced people worshipping him and yet these very people reject the same music advocating the truth that Jesus Christ is Lord. Then again, I am not mystified because the Word says in 2 Thessalonians 2:10-12 '. . .who refused to love the truth that would save them. For this reason, God will send them a powerful delusion so that they will believe the lie. Then all who have not believed the truth but have taken pleasure in unrighteousness will be condemned.' As music ministers even though we don't get the recognition we deserve as musicians we cannot let this fuel us as the aim is not recognition but to bring truth/light to a dark and lost world."

Sadly the Church itself still sometimes shows prejudice towards reggae music. Said Waye, "The Church on a whole is a bit more tolerant now but there is still a great deal of opposition by hardliner traditional folks. Reggae is still seen as Rasta music by many; however, we continue to fight for the liberation from mental slavery. We know that the Devil owns nothing, he is a thief! He was the chief musician (Lucifer) in heaven. He knows the power of music and seeks to lay claim on that which was created by God and entrusted to him at one point in time. He would love it if the Church would surrender reggae, dancehall, hip-hop, rap, rock and other genres that appeal to young people to him so he could control and manipulate the emotions of our future generation. My theme is 'Repossessing the music for Kingdom building.' That is my response to the father of lies' schemes."

What can I say? Wayne Stoddart the great has spoken. Need I say more?