Wayne Watson: The US CCM veteran with a "labour-intensive" new album

Long acclaimed Stateside as one of America's top CCM artists, WAYNE WATSON is back with a classy new album. He spoke to Jan Willem Vink. 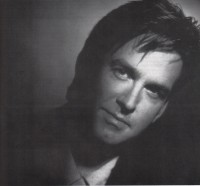 If there's one line from Wayne Watson's latest album that best indicates where he's at in his 15th year of making Christian music, it's this: "I guess I'll take my place/Wrapped in amazing grace/Let you be you/That's what I'll do." It's a white flag of sorts, indicating that Wayne has simply had if, trying to be something he isn't and trying to get everyone else in line,

'Field Of Souls' is the 13th album in a career that spans 15 successful years. By this time, you'd think making records would be a snap. But this one was the most labour-intensive he's ever made. This record really took me out," confesses Wayne. On it he joined forces with top producers David Pack (Kenny Loggins, Michael McDonald, etc) and Michael Omartian (Amy Grant, Rod Stewart, etc).

"I started working on it in February and finished it in August. So it was on my mind almost all year long." Says Wayne. "Logistically, too, I was recording in both LA and Nashville (while living in Houston, Texas)." Then there's the fact that, typically, Wayne will enter the studio with songs all written and neatly scored. Not so this time. Some were being written while the recording was in progress.

But remember the adage "nothing worthwhile ever comes easy"? It should appear somewhere in the liner notes of 'Field Of Souls'. Rather than being a detriment to the creative process, the slow unfolding proved to be a boon. The end result is a beautifully symmetrical text -arguably Wayne's best and certainly his most thematic. Wayne defines the focus of the album as a "celebration of Christian diversity."

"There could have been a thousand verses to 'Field Of Souls' and 'Blessed Are'," Wayne says of the songs that appropriately open and close the album. "For a season in my life I found I was feeling sorry for myself that I couldn't do this or that, but I've finally learned, after 41 years, to admit that that's not what I'm put here to do and to be confident in the fact that we all have different calls. That's one of the things that is freeing me right now."

Upon closer listening, it is apparent that the theme of diversity rests inside a wider, all encompassing theme - God's grace and mercy. Wayne explains: "The place I'm at in life right now inspired that. Growing up in a Christian family, knowing the Lord for a long, long time, I think I accumulated a lot of rules. And as much as rules in and of themselves may be good and expedient and God-honouring, after a while those things sometimes accumulate into an obstacle, a wall that makes it difficult to see God and his grace and mercy nature. So I think I'm experiencing that now more than ever before."

Wayne admits that if we were to travel back to another time and another place, we would find him as someone more dogmatic about those rules. Someone who was frustrated, even irked, by those who didn't walk the same fine line he did. "Just to be specific, I used to look at Amy Grant and I would think, 'She shouldn't be doing that,'" Wayne volunteers. "But when I got 'Heart In Motion' I thought that was the coolest thing I'd ever heard. I sent her a note saying, 'I don't know what kind of guff you're going to get for doing this, but I think you sound the best you've ever sounded, and I love this record.' And I didn't care if she ever responded to me -I just wanted to tell her that."

That small incident was part of a gradual awakening. Wayne can't point to any specific epiphany, or book, or sermon that made God's grace spring out at him. As he says, "It was a slow thing, and it was a combination of things. I tend to observe pretty keenly my life and others' as well. I spend a lot of time alone and that gives me opportunity to evaluate my performance of life, my successes and failures as a husband and father and a person. And I think an observation of those things helped me go back to the basics. I'm not talking about going back to the basics of my denomination - I went back to the basics of what it means to be a child of God. A lot of what I'm realising about the nature of God is related to the parallel between God as Father and us as parents to our children."

Wayne's career started taking shape in 1979. Three years before that time Wayne had left college and started working in the music department of a church, leading the choir and singing in church meetings. On a certain occasion someone heard Wayne singing and especially liked his song "Touch Of The Master's Hand". On the strength of that song, Wayne signed a contract with Milk & Honey Records. "Touch Of The Master's Hand" would become Wayne's first number one song. In total, Wayne has had 17 number one singles.

Comments Wayne, "Things have been slowly progressing since then. I was with Milk & Honey Records for about five years, I recorded seven albums for Word Records from 1985 'til 1994 and then the new 'Field Of Souls' is the first one with Warner Alliance, it has been a slow progress. We've had a lot of success on the radio market but still things are growing and we're very pleased and thankful with that."

Wayne is quick to point out that he doesn't define success in terms of number one singles and huge record sales. "I'm careful about how I define success. Success is not necessarily selling half a million or a million records to me or playing to concerts to 10,000 people. To some people that might mean success, but not to me. Success to me is being obedient, not necessarily giving people what they want, but what they need. There's a big difference there."
It has taken Wayne a long time to find his place in Christian music and be comfortable with it. That caused him to criticise other artists who had a different kind of ministry in the past. "It probably has to do with the insecurity I had," explains Wayne. "I think probably most people are insecure. I think that was the biggest part of it, I think I was not secure in what I was here for, the reason God had put me into the world. As I grew older, I grew more secure in that. That got rid of a lot of the fears."

One of the main influences in this process was a lot of Bible study. "I think it's a maturity thing, a growth factor, a part of getting home with the word. I know God better now than I've ever known him. I know a part of him that I've never known before, which helped me come to this place. One of the things I feel very strongly about is in the future. I don't necessarily want to know more about God, I want to know God better. There's a difference in knowing the Bible and knowing him. That's sort of a quest I'm on now, to know him better." 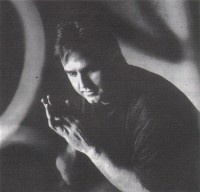 'Field Of Souls' celebrates different kinds of personalities working together in God's harvest. Says Wayne, I think the whole reason I wrote the 'Field Of Souls' record is that there's room for all of us, there is room for Amy Grant to sing pop hits that are popular worldwide in the pop market. I think there is room for Carman to be very zealous in his delivery of the gospel and Steven Curtis Chapman and the wonderful songs he writes and Twila Paris and the wonderful worship songs she writes. I don't think we have to clone each other and be the same thing. I think God put us here to be obedient to the specific task he has given for each of us to do. That's what I'm trying to do. That doesn't necessarily manifest itself in being as successful in numbers as someone else.

"That bothered me for a while. That's in all of us. We envy other people. We want more, more, but I'm not sure if you get ever enough if you get into that cycle. I'm careful to define success in other terms."