Though a big label recording contract has eluded them thus far, McNevan says the band's prospects seem bright. "We've had some really cool labels interested both mainstream and Christian. We're just really praying about it to see where we're supposed to be. It's something we take very seriously. If God gives us a peace about one [label], we just trust him to take care of the rest." Wherever they are led, this is a band to watch for. Their current album, 'Set it Off', is available now through thousandfootkrutch.com.

Canadian Christian radio is almost nonexistent. So too are stations that offer "urban" programming. So how does Londa Larmond, a gospel singer with a Toni Braxton/Destiny's Child vibe, emerge as one of the brightest young stars in Christian music? "I believe that when you walk into divine purpose and the*destiny that God has prepared for you," says Larmond, "then you have no choice but to be successful. This is the path God has given me and I'm walking in his will." That her music found an audience at all suggests that somebody is smiling on her career. Since the release of her debut solo album in June 2001, her music has been recognised with a Juno nomination, praise in Billboard magazine, and was placed alongside industry heavyweights CeCe Winans and Yolanda Adams on the 'WoW Gospel 2001' compilation.

The road has not been easy, however. Born in Toronto to Jamaican parents, Larmond was performing professionally as a member of the Youth Mass Outreach Choir and eventually joined up with singer Sharon Riley's Faith Chorale. But during that time she struggled with low self-esteem and even contemplated suicide. "I was ashamed to think that I would even be thinking [about suicide]," she says via her website. "[I said to myself], I'm the praise and worship leader at church; I'm the youth choir director! You don't do that! But I just had to bow before God and let him know exactly how I was feeling. I did, and I felt like he was right there with me." Today, Larmond seeks to share her story in order to help those who have/are going through similar challenges. "When God delivers someone out of trouble, as he did for me," she told Cross Rhythms, "it behooves anyone to share that message. I had someone email me that the night that I was going to sing in Atlanta, they were [going to take their own life], but they changed their mind after my testimony. Isn't God awesome?" Larmond is working on a new album that will likely be released in early 2003. An interesting little piece of trivia: she appears in the church scene in Blues Brothers 2000.

Canada is known for its funny men. Martin Short, Mike Myers and Michael J Fox all hail from above the 49th. But Canada's funniest woman? Quite possibly Carolyn Arends. Asked to convey what distinguishes her home country from its southerly neighbour, she says, "Well, I think we have more of a sense of irony for sure. We're not afraid to make fun of ourselves and I think that's really healthy. And of course, we understand that hockey is a much better sport than baseball. (Sorry, [baseball] fans...it's just that hockey is, well, more important)."

As is hopefully evidenced here, Canada is also a hotbed for artistic talent. But had Arends initially had her way, it likely would never had known one of its best. She had entered university on a biochemistry scholarship with the intention of becoming a doctor. "After a year," she told cmo.com,
"I discovered I didn't like the smell of formaldehyde. My bio class was at 8:00 am and chem class was at 9:00. I have a musician's body and early mornings were just not happening for me!"

She changed her major to psychology, with minors in English and music, and was hired as a songwriter by Benson Music Publishing upon graduation. Her songs have been performed by such diverse talents as 4Him, Carman and Susan Ashton. Though terribly shy, she soon began to realise that some of her songs were so personal that she'd rather perform them herself. "I consider myself a songwriter first and foremost," she says. "But I must admit I probably enjoy the chance to record my own music even more, because I get to go out and sing it and see how it connects with other people." Today, Arends boasts two Dove Award wins, several top 10 singles and has recorded with guitar legend Phil Keaggy, Mac Powell of Third Day and Steve Bell. Her first four albums, released by Reunion Records, have sold more than 250, 000 copies. Her childhood ambition to become an author has also been realised, with the release of two books, including the recent We've Been Waiting For You. Arends lives in her home town of Vancouver, BC, with husband Mark and children Benjamin and Bethany. 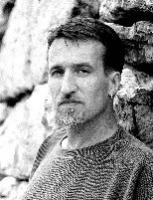 Once called a "Canadian musical treasure" by Billboard magazine, Steve Bell isn't all that fond of labels. "I am completely animated by my Christian faith and so is my work," he says. "[But] my work is also animated by the fact that I am a white middle aged married man with three teenagers who has lived his whole life on the Canadian Prairie. But I guess that's too long a title." Yup. But Bell's displeasure with being labelled a "Christian musician" is understandable. "Have you ever noticed," he asks, " that a white man will often refer to his black neighbour as 'black' even when the distinction has no bearing on the conversation? I suspect [the term 'Christian artist'] promotes a subtle prejudice (for or against a work), that is not based on quality." All of this would seem irrelevant, of course, if Bell's music were not of a world-class quality. It is.

Delivered by stork (or paediatrician...take your pick) to Calgary, Alberta, Bell learned to play guitar in federal prison (his father was a prison chaplain). He eventually graduated into the realm of professional musicianship and played for 10 years as a member of Elias, Schritt and Bell, but eventually quit to become a stay at home dad. During that time at home, he experienced a spiritual awakening of sorts and the songs came pouring out.

He wrote the majority of the material from his first four solo albums during that period. He has gone on to record six more, which have together sold more than 175, 000 copies. His resume includes four top 20 US singles, two Junos and recording sessions with musical icons Keaggy and Sam Bush. While that legacy may be great enough, Bell seems to find value in a different kind of success.

"I hope I can live with the quality of humility and courage that allows God to [work through me]," he says. " If that means I become the greatest songwriter of all time, then so be it. If that means I live in obscurity, but my life becomes good humus for the next generation, so be it." Not that it matters, but those keeping score will tell you he tends toward the former.