Through numerous low key ministry tours of the UK, particularly Scotland, country and soft pop singer Kelita has shown British Christians her commitment to ministry. In her homeland she is an award winning star. Though her past is peppered with more tragedy than most see in a lifetime, Kelita Haverland Lemon seems in good humour when reached for comment. "Yes, Kelita is my given name," she says without being asked. "[It] actually comes from the Bible and can be found in Nehemiah 10:10. The name means 'little one' (I'm 5'3")." Someone who seems born to perform, the Alberta-bred singer was introduced to music early. "At a very young age, it became obvious I had that spark to show off and perform," she says via kelita.com. "I'd entertain myself singing in the barn, up in the hayloft, pretending that was my stage." She learned to play the piano by age nine and by age 11 had written her first song. When her father, mother and older brother died within six years of her 11th birthday, however, she began to lean heavily on music as a means of coping. After high school, Kelita studied drama at York University in Toronto and scored parts in small plays upon graduation. She was even offered a spot with the prestigious Second City comedy troupe, but turned down the offer in order to pursue a career in music. Her first solo album, recorded soon after, spawned three top 10 singles and earned her the Canadian Country Music Association's Vista Rising Star award.

While accolades from her singing career came rolling in, her personal life was in shambles. She fell into drug and alcohol abuse and turned her back on the Church. That all began to change, however, one day in 1989. "I turned my life over to God in the bottom of a ditch after a near fatal automobile accident," she told Cross Rhythms. "Changes began to take place in my life and in my music." During a long period out of the spotlight, Kelita made the transition from country artist to music minister and evangelist. "I truly believe that art and ministry can work beautifully together when the artist is right and pure," she says. Kelita was also divorced and remarried, and has a son, Keldon. Along with her transformation came a decision to return to her old music. "I honestly haven't listened to [any of that stuff] in years. I'm sure it's still worth a few laughs though." Kelita's most recent album, 'Because Of Love', is now available in stores.

Nashville has swallowed many a Canadian talent. But, once there, do the "ehs," "likes" and that loveable accent disappear? In the case of boyband trio Jake, the answer is no. "We've tried very hard not to adopt a southern accent while living in Tennessee," says Marty Penner, speaking for brothers Josh and Toby, who comprise Jake. "And we're on the road enough that it's been easy to resist. Not that we don't like the southern accent, it's just not us." Most important, the nuances of Canadian language have remained. "We still use all the correct Canadian spellings: colour, neighbour, harbour," says Marty. "And of course [we say] 'zed' [rather than 'zee']."

Originally hailing from Three Hills, Alberta, Jake has become the ultimate Canadian success story. Juno nominees, winners of several Vibe awards and touring mates of several high-profile groups, the Penners have been a model for every aspiring gospel musician ever labelled a "hoser." Although their story sounds like a fairy tale (the group secured a contract with Reunion Records, their former label, after travelling to Nashville in a beaten up Mercury Topaz), the success they've enjoyed is not something that was handed to them, as is the case with some "plastic pop" groups.

"Maybe the biggest difference [between Jake and boy bands] is that boy bands are developed. They start with someone else's idea, someone else's money. There was no development with Jake. We wrote some songs, recorded them and started playing shows." Once under contract, they released two highly acclaimed albums and became one of Christian pop's most loved acts. Though they have recently left Reunion, the group remain optimistic about their future. "Boy bands have been the first to feel the icy fingers of the current music trends," says Marty. "I think that we're going to see the very definition of boy bands changing these days, but there will always be bands filled with boys making music that's catchy." As long as that's true, chances are Jake will be around for a long time. 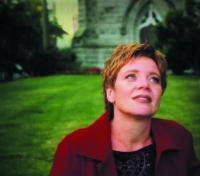 As stated, the worship market in Canada is considerably less crowded than that in Nashville. But Lianna Klassen, 40, now of Alberta, is among the best the country has to offer. The reason? She's had lots of practice. "My mother tells the story of when I was about a year old," says Klassen. "I was in my crib singing the way babies do. My aunt turned to my mom and said 'listen, she's singing 'Jesus Loves Me'.'So, I've been singing since before I could talk." By age eight, her rapid ascension into show business had reached a new peak. Klassen had begun to compose her own music and was already performing at local events and in musical theatre. She began writing gospel music at age 14. "I've wanted to be a singer as long as I can remember," she says.

It's only been in the last few years, however, that God has led her into worship music and given her a clear vision for her ministry. "I've always been a worshipper, but God has only released me into worship leading in the last six years," she says. "I believe that I'm an intercessory worship leader and that my mandate is to declare freedom and unity and to celebrate diversity in worship." Stylistically, Klassen practices a self-described "world/Celtic intercessory mainstream worship" brand of praise, something else she believes to have received a mandate from God to perform. At a gathering in Whistler, British Columbia, she was exposed to music from indigenous peoples from around New Zealand, Australia, the Polynesian Islands and elsewhere, for the first time. "It was the first time I heard the sound of western culture brought together with indigenous drumbeats," she says. "I believe it was a God appointment for me to be at this gathering because it was the beginning of a clear mandate for me as a writer and worship leader." Lyrically, Klassen draws inspiration from the writings of CS Lewis, John Bunyan and several other authors. "I love quotes," she says. "I've often written a song after hearing a teaching or sermon where one comment jumps out at me." Klassen has released three highly celebrated albums and is married with three children. 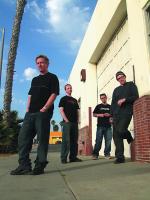 You probably haven't heard of him yet.
But you will. Chris Greenwood ("Speedy" to his friends, "Manafest" to his fans) is one of the Canadian urban underground's brightest up and comers, and one of the most prominent young voices in Canadian Christian hip hop. All this after one five-song EP. Raised near Toronto, Ontario, Greenwood became a Christian at a very early age. "My dad passed away when I was five years old so I didn't have much of a father figure," he says. "God sent this dude into my life from church, Bruce. He helped with a big part of my life and introduced me to Jesus."

Once he reached high school age, Greenwood began to understand what it means to have a deep walk with God and began a hip hop group (Under One King) in order to bring the Gospel to his skateboarder friends. "Whether [performing] or just skating I'm always going to be ministering to that crowd," he says, though he definitely wants to reach people from all walks of life. "Kids these days I think will listen to anything as long as it sounds good," he says, "and will appreciate it regardless of the message. It's unfortunate that a lot of the hip hop has a negative influence in it. When I write rhymes I just try to bring it on a level where dudes can relate and feel what I'm saying." Renowned for his live performances, Greenwood seeks to reach those listeners with a sound he describes as "70% hip hop and 30% alternative rock." "When growing up I listened to punk, rock and rap," says Greenwood, "so it's no surprise that I'm making similar music.

The Beastie Boys have definitely influenced me, along with A Tribe Called Quest and Rage Against The Machine." Greenwood is currently in the studio working on his first full length album, which he says has brought his already impressive lyrical delivery and production quality to a new level. "I've grown as an artist over the past months," he says, "and am now really developing my own sound. Christ will be represented on all the tracks without stuffing the Gospel down people's throats and without compromise."

Jean-Luc Lajoie, principle songwriter for Quebec-bred-but-California-based rock group The Kry, dispenses all haziness about his band's name right away. "My brother [Yves] came up with the idea," he says. "We were searching for a name that meant something and he thought of the words: 'The voice of one crying out in the wilderness...' (Matt. 3:3). We all liked the idea and decided to make that verse our motto." Seeing as how nine words is a bit lengthy for a band name, the group played around with different ideas before finally deciding to place "the" in front of "cry" ("no rocket science there," says Jean-Luc) and substituting a "k" for the "c" for the sake of originality.