Bradford's ABUNDANT LIFE CENTRE is more than a local church... Much more. Lins Honeyman talked to Abundant Life's Steve Gambill to discover more about "a church that rocks" but also has an effective strategy to reach the marginalized 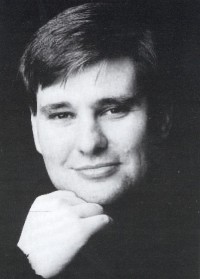 To say Abundant Life is merely a church is a vast understatement. It happens to be a leadership academy, a pregnancy care centre and the home of a stunning youth ministry called Rock The Nations - not to mention the source of growing television and music ministries and outreach to the city's notorious red light district.

The church itself began when three smaller fellowships in Bradford merged in 1975. By 1988, new facilities had been built and the name Abundant Life adopted. From these small beginnings, those involved have witnessed their church develop in ways beyond their wildest imagination. 'The church exploded in growth three years ago when Paul Scanlon, the senior pastor, was released into apostolic oversight to the church," explains Steve Gambill of Abundant Life. "Since that time, more than 80 new ministries have been birthed. We now have around 120 ministries and already in this year we have seen 400 saved and our church membership has reached the one thousand mark. We can only put this down to reinventing ourselves three years ago."

Born in Wenatchee, Washington, USA, Steve found himself called to work with Abundant Life during a visit to Britain. Aside from being an able preacher and no mean drummer, Steve's main post is of director of Rock Productions - a dynamic youth ministry based in the local church. "It is so important for ministries to be plugged into local churches and at the same time be reaching out to the nations. The church is where we can build lives in a place where there are no racial barriers and tensions. We want to see ministries based and built there."

Like so many of Abundant Life's activities, Rock Productions' involvement in the community is a hallmark of their aim to spread the Christian message with initiative, conviction and practicality. Events include the Rock The Nations winter and summer conference, worship evenings and gigs featuring artists from the Rock Productions stable. "Amazing things are happening," reveals Steve. "We now send a double-decker bus to local schools to bring kids to a church that rocks. We took the whole of years 9 and 10 in the last two days of term to work with us and see what goes on. The school said it was the best event they'd ever had. 70 teenagers became Christians on one of the nights - it's the beginning of a huge breakthrough! These kids now have our preaching tapes playing alongside their own music and we have five-hour long meetings that have to be broken up because of time curfews. This is not a fluke of nature - it's a mighty strategy of God."

"We really want to get these kids involved," Steve continues. "I took our team to Los Angeles to work with homeless people recently. We also have RHQ (Rock Head Quarters), which young people can come along to. Some of them do evangelistic work through RHQ. They think it's great and are so enthusiastic. They are now beginning to get hired by the church for their skills. The bottom line is the church needs to be more than just an event. We need to get out there and show Christ in a practical way."

Abundant Life's goal is to build God's house, not only in Bradford, but also throughout the globe. This is being achieved through the development of their website and the introduction of A Voice To The Nations in Europe via satellite. A Voice To The Nations is a half-hour television programme featuring praise and worship, the preaching of Paul Scanlon and much more. Already broadcasting three times a week in New Zealand and Australia resulting in reaching 200,000 homes, they've recently added the USA to their broadcast schedule with the potential of reaching 10 million homes.

Having worked in conjunction with Darlene Zschech of Hillsongs and Andy Hawthorne of World Wide Message Tribe, Steve is quick to recognise the need to unite with others in spreading the Gospel. "We've also been involved with Nancy Alcorn of Mercy Ministries (an organisation represented by American girl pop team Point Of Grace) and we're working with them to build a home for women who need to escape their environment for a season. A number of them have come to know Christ already and have come off drugs as a result."

In reaching out to working girls, the homeless, teenagers and ethnic minorities, as well as providing pregnancy and marriage guidance and an array of other counselling services, Abundant Life is seeing Jesus bring hope to otherwise hopeless situations. "It is essential for the Church to realise that Jesus is bigger than its own individual needs," explains Steve. 'The Church needs to bring Jesus to the streets, universities and schools in a practical way. God's Kingdom is bigger than the United Kingdom. We need to impact society at every level and we need to wrestle with how we should do this. The local church is designed to reach the community. Our church has a thousand people because we have a pioneering commission to reach people from all walks of life. Wherever there is a need, we've got to fill it. The message is clear - wherever there are hurting people, we've got to tell them about Jesus."

The Life line Centre Based in the city of Bradford and offers free pregnancy testing and help in all pregnancy related issue: The Centre also offers marriage guidance, help in overcoming rape and other abuse, bereavement support and advice divorce and family issues.

Bradford Pregnancy Care Centre Dedicated to helping ordinary men and women who are in pregnancy crises. Run by staff fully trained in pre and post abortion counselling. BPCC aims to give everyone time to look at all the options before going ahead with abortion and help them to make an informed choice.

Parosi The word itself means neighbour in many Indian languages and through Parosi, Abundant Life aims to share the love of Jesus with people of different cultures and religious backgrounds by telling them of what Jesus did on the cross and also holding events like fashion and Bangra shows.

Bus Ministry Every week Abundant Life's bus pastors, visitation teams and Kids Church workers go out as an army into the streets of Bradford doing hundreds of home visits. They pray for people and provide bags of groceries, bread and clothing ft inner city families. One by one, families are being saved and whole neighbourhoods are being changed.

Abundant Life Leadership Academy The Academy aims to empower people through a year long course to live a God-centred purpose driven life. It is a religion-free environment designed to cause the brave heart within you to awake and respond toll call of God on your life.

Kings Summit Business Forum A gathering of "kings" to encourage those involved in business to reach a higher level of effectiveness through their gifting in the business world in order to impact the Kingdom's advance.

The Dream Centre A place where people who live a nightmare life can come and dream again of a new and better one. Currently in the planning stage, this will be a large facility, housing multiple expressions of Abundant Life's inner city work including a drug detoxification unit and an outreach to the city's homeless and hopeless.

Please could you send me information about how I enroll on the Abundant Life Leadership academy.

Thrilled that Spirit filled saints are doing for The Lord what ,alas , grand Bishops and the like have failed to do.
Bless GOD.
YESHUA IS INDEED SAVIOUR AND LORD,!

It's sooo awesome to see God's hand move in sooo many ways and with sooo many peoples.
Hallelujah!!
Jesus Is Lord ! and HAS risen !