Alert312: The duo from Chicago with a groundbreaking hip-hop concept album 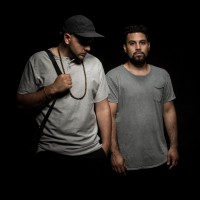 Chicago has long been a creative epicentre of music. From the Chicago blues men, to the pioneers of house music through to the rise and rise of rap megastar Kanye West, the Windy City has produced many musical giants. Now the Chicago-based hip-hop duo Alert312, who since 2011 have been creating some of the most powerful recordings in Christian hip-hop, have delivered a masterful concept album 'The Upside Eternal' which they describe as "a Requiem for wrestling with the present realities of life and a hopeful anticipation for the future" as it explores the decaying and corrupt Chicago of today.

Cross Rhythms spoke to Alert312's rapper Boogalu and producer Moral One and began by asking them where they got their unusual monikers. Explained the rapper, "Boogaloo music came from New York and it was a blending of the music of the African/American and Latino neighbourhoods. I just love the idea of using music for a platform to do much more than just perform but bring communities together. It exploded in New York for five or six years. I took on that name as an emcee. It also makes people smile, which I like, because hip-hop is taken too seriously sometimes."

Moral One explained his name. "That name originally came from high school when I was doing graffiti - the belief in the one moral, which is the love and belief in Jesus Christ. I was a pretty decent kid in high school: I thought I had good morals, I knew how to make right choices for the most part. I added on 'one' because it was the hip-hop thing to do back in the day: you put 'one' after everything."

I asked Boogalu why Chicago had such a long and proud musical tradition. "Blues, hip-hop, gospel are very raw, honest genres and it comes from the neighbourhoods of the people here. We don't like to make cookie-cutter music, we like to make soulful music. There's definitely an emphasis, although it would be flawed, on being authentic in Chicago, not just pandering to industry standards - 'Let's make a big hit', 'Let's get famous'. The issues are very local to a world-class city so they apply to other places; that applies to the hip-hop, gospel, rock and roll: it's not just pandering to major labels."

While on the subject of names, I asked where 312 came. Explained Boogalu: "Our original name as a group was Alert. Most people find music online now, so when they would search 'alert', 'weather alert' would come out, 'criminal alert', so they had difficulty finding our music. 'Man, we gotta modify that.' The '312' came out because of our love for Chicago and local things - '312' being an area code. We thought, 'All right, let's give an address to the name - 312 connecting us to the city we love'. We didn't choose 773, another area code around here, because one of our friend's group's had it." 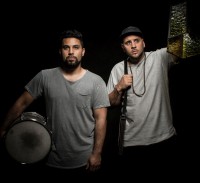 Under the name Alert312 the duo recorded with Humble Beast Records the EP 'Red Opus.45' in 2011 and the albums 'Of Vice & Virtue' (2013) and 'Singular Vision' (2014) before leaving to start their own label HiFi Native for the release of their groundbreaking 'The Upside Eternal'. Both members are Chicago born and bred and both are very aware of another work in the city deeply committed to alignment with the poor and creativity in the arts, Jesus People USA. Said Boogalu, "We both grew up about 15 or 20 minutes from them in the uptown area. Moral One grew up in Lakeview area, and I grew up in the Edgewater uptown area. Back in the day we did shows and outreach for them back in the neighbourhood. We love the Cornerstone charity over there where they're based."

So is Chicago as dark a place as some of the music on 'The Upside Eternal' portrays? Responded Boogalu, "There are definitely the depths of darkness and evil that happen here. The city does get portrayed unfairly - the mainstream media portraying only the bad that happens here. We don't deny that, and that's definitely surrounded the neighbourhoods we live in, but there's so much hope for things happening here, and that's hopefully reflected in the later part of the album. It's a mix like every place, but I think Chicago does have a history; it's real, but it's not exclusively what happens here."

So what is the significance of the title 'The Upside Eternal'? Explained Boogalu, "It was basically the idea of being locally present but eternally born - obviously 'eternally born' meaning spiritually born. Our faith in Christ is always infused in all the topics we talk about, whether it be the hard topics of violence, police brutality, city corruption, personal darkness of the heart. But what we really wanted to reflect in this is there is an upside to what all human beings wrestle with, the darkness that pervades the world we live in. We wanted to add the upside, which for us is our hope in Christ that, although we love our city, this is not our final home. We try to take people on a journey, starting with the 'Local' prelude, working our way through a lot of issues that we connect with and we believe others will connect with, then having a turning point in the album saying there is hope in Christ Jesus and our faith in him, what can come from people who show the love of Christ even in broken places like our city. We're looking ahead even though we're locally wrestling with issues."

Moral One's production work has been described as "tribal street-funk soundtracks". Does that sum it up? "I think at the core that's a lot of what we pride ourselves in. Both of us are percussionists, so drum is very central." I point out he's talking to Cross Rhythms and suggest there's a lot of cross rhythms in Alert312's music. "Very much so. The cool thing is it's been very much a journey to get to where this record is. We tried to stretch ourselves, because rhythm and percussion come very naturally to us, but we really wanted to have the record be very melodic, colourful, rather than it being very percussive and driving. This one is very much another stepping stone with it being more melodic and lush."

One of the many commendable things about 'The Upside Eternal' album was that despite dealing with dark and gritty subject matter there is no swearing on the album. Said rapper Boogalu, "I love and respect language. I don't think you have to swear to have good technique in storytelling. One of the greatest storytellers to me is CS Lewis: from kids, journalism, sci-fi, he communicated such deep things. There's so many others like that. I feel like swearing, typically, is an escape to good lyricism; I don't think it's needed. I don't know it's considered necessarily a swear-word, but I did write a song using satire, because I like to use different literary techniques. On our last full record, 'Of Vice And Virtue', I did write a song called 'Damn' that was a play-off of the way God's name is used, the way 'damnation' is used. I specifically chose to use satire to bring out what I thought was the seriousness of an issue. Some people with the Christian faith flayed me for that, but I like to stretch the borders of how we communicate - if it's based on a literary technique - but generally speaking I have no need to swear to communicate a story or a theme."

Was moving on from Humble Beast and starting their own label difficult? Moral One responded, "Being with Humble Beast for five years or so, the label itself came to a crossroads and made the decision to slim down their roster, to focus their efforts on a small number of artists. We agreed with them, because a lot of what we did with them we still did ourselves, without the label; so we both agreed it was fitting, we were still able to do what we do separate from the label. With HiFi Native, this was an idea Boogalu and myself had for a good couple of years. The main reason was to focus locally - Chicago natives and creatives - and create a platform for creatives. This is something we wouldn't be able to do with Humble Beast, simply because of other responsibilities we would have with the label. I think it was in God's sovereignty that Humble Beast made the decision they made, and us parting ways in great terms - friends, brothers, co-workers, neighbours. We saw them two or three weeks ago in Portland."

For more on Alert312 visit the Alert312 artist profile