A phenomenal six tracks from the album by Tennessee's worship music duo All Sons & Daughters have been selected for future Cross Rhythms airplay, an impressive feat for an independent act without the support of a record company. But as it turns out, Leslie Jordan and David Leonard, who have released the fine 'Season One' album, are picking up all kinds of accolades for a set which more than one critic is claiming to be the best of the year.

The duo spoke to undertheradar website about All Sons & Daughters' origins. Leslie began, "In 2009 I was leading worship at my church in Franklin, Tennessee and David was attending there and led off and on. He came off the road [as a member of Needtobreathe] at one point and said he wanted to start writing songs for the church. We ended up getting together." David took up the story, "I wanted to start writing songs for the community of people I was involved with the most - my church family. So the idea of getting to write songs for them was really exciting and I wanted to be able to connect it, I didn't want to do it just to do it. Leslie and I ended up meeting and decided we were going to write together and it was just the easiest thing that I had ever done. It was really fun and magical and we were just like, 'Alright, let's keep doing this if we can.' So I would come off the road and we would get together and write and I would be gone and she would lead the songs at church. She was telling me stories of how the people were connecting with the songs. They were connecting because the songs were actually written for them and they are for what they're going through. That's when I made the decision that I wanted to come back home and be a part of what God was doing in our church family. So mid-2010 I came off the road and we started this thing."

Adopting the name All Sons & Daughters in reference to each other but more significantly the listeners who are vital to this active fellowship process, the duo first contributed to Integrity's Know Hope Collective, a new worship endeavour led by former members of Audio Adrenaline. They then proceeded to record their own debut project, the six-song EP 'Brokenness Aside', released in 2011.

David and Leslie entered the studio with producer Paul Mabury (Hillsong, Brooke Fraser, One Sonic Society) and a team of players whose credits include Mat Kearney, Chris Tomlin and Third Day, setting one definitive ground rule in place: for 'Brokenness Aside' to contain only real sounds performed by real people without any computerized tricks. Raised in Arkansas and the Appalachian Mountains of East Tennessee, these two southerners exude an all-natural, no-frills, Americana-tinged honesty in their music. Speaking at the time of 'Brokenness Aside''s release Leslie told the newreleasetuesday website, "We've got to go deeper into the love story of Jesus and dig in the dirt of each other's lives together. In churches everywhere there are people who still feel dead inside. We have to get past the surface level and walk in relationship with each other and with Christ." 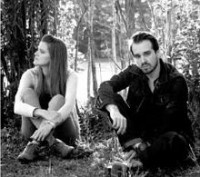 Another EP, 'Reason To Sing', was released this year, quickly followed by a third EP, 'The Longing'. Now the full length album 'Season One' is picking up all kinds of accolades. Wrote the allaboutworship website, "Comprised of their two EPs 'Brokenness Aside' and 'Reason To Sing' with a couple of brand new tracks, this album brings together the last 18 months of worship leaders David Leonard and Leslie Jordan's design for a great addition to the current crop of acoustic worship duos. The combination of natural acoustic feel, tight vocal harmonies and a constructive yet poetic approach to songwriting creates an amazing synergy."

David was asked if All Sons & Daughters felt they were part of a new movement in raw, more passionate worship music? "I think with a lot of those people - John Mark McMillan, Gungor - there's a lot of guys that are just writing songs that are really unhindered and untamed. I think that's what people are waiting for right now. They want the freedom to be able to say what they feel. I feel like this new movement is the new moment of hearing the heart of the actual church. Whether it's good or whether it's bad, it's going to be put out there. The thought of not feeling close to God, or the thought of feeling like God has left them, has not been talked about in a long time and I feel like we're getting to a point where people are actually ready to talk about some of that stuff. And the thought that there is a God that is there and a God that cares, a God that is holding us even in the midst of struggle and pain. I think it's just a new movement of being vulnerable and putting yourself on the line and saying, 'God, this is what I really feel, this is what is in my heart, and now I'm going to lift it up to you.'"