CADE
http://www.lajollarecords.com
Californian sisters Jody and Jonna Cade front the band that bears their surname and features their baby brother on guitar. Even though they're still in their 20s, they're veteran performers! Back in 1987 Jody Cade was 15 when she did her first vocal session. It was five years before her sister Jonna first found herself behind a studio vocal mike at the tender age of 14. Jody recalls, "I did a lot of lead vocals for a guy who was a songwriter, and one time he came to me with a song that he specifically wanted me to sound 'extra young' on. I said I had a sister who was phenomenal (and younger) and he ought to give her a try. Of course everyone was amazed at her (I brag with pride), and thus session work began for her as well. This was also the time that we began doing work together, writing our own stuff and developing Cade."

In 1996 the final piece of the jigsaw fell into place when they gave their little brother Jas a guitar and suggested he learn. He was 13 years old. He obviously learnt quickly, as two years later, he joined the band a few months before they were signed to their record label.

Before they were signed, Cade paid their dues playing in clubs, coffeehouses, churches or anywhere they had the opportunity. I comment that it sounds like they just threw themselves into playing everywhere they could. Jody remembers, "It was nerve racking! When we think about those times, we just start cracking up. We probably looked like bad Star Search contestants. It was such a growing time for us though, learning that there was a lot more to the music world than just writing songs and playing them."

Like recording them? Jody remembers making the album as a fun process. "When we were recording the basic tracks, everyone was in their own booth. Jas had only one mike and it was aimed at his amp (pretty far from him). Every time anyone made a mistake, without hesitation, he would yell out 'YOU'RE FIRED!' The funny thing was that we could tell he was yelling his loudest but we all could barely hear him in our phones and it just became the running joke for the next three months. We really had a blast. Rick (our producer) is a total prankster and has a terrific sense of humour so things stayed very light, and our label gave us our head on a ton of things, which was a real blessing. It was a great experience."

So what about the band's vision? "Ultimately it encompasses doing God's will," says Jody. "We feel called to entertain - provide a good show for husbands to bring their wives, parents to let their teenagers go to, with songs you can relate to and enjoy, that hold up the principles of God. As we walk by the Spirit, in love, we WILL minister for and be used by Christ." 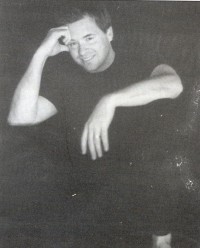 So how does that attitude affect the way the Cade write songs? "We write what comes from the heart - affairs of the human spirit. That includes love, frustration, sorrow, joy and love for God. We prayed about this issue a long time ago and we felt the Lord say, 'Write the songs, I will open the doors.' So, that's been our approach. Sometimes we feel like giving up, or falling in love, or praising Jesus - we all deal with so many emotions on a daily basis and sometimes we're moved to write about them. If our music goes mainstream, then praise God, and if it flourishes in the Christian market, then we praise him just the same. He is the one who causes us to succeed so that we can bless others. We've decided we'll go wherever he provides opportunity - our music will stay the same wherever we play.

BRIAN FULLER
http://members.xoom.com/bfuller
One of the hardest things to do as an independent artist is record a strong pop album. Somehow punk, ska, even rock, are all genres that can be made to sound strong on a limited budget but when it comes to pop, somehow it always needs a little extra polish. Brian Fuller is aware of the difficulties and comments, "Doing a pop record, independently, IS a challenge. There's no big budget to pull in a 'name' producer. So, you have to know how to get what you want, with what you have. Fortunately, for this record, I had some wonderfully talented musicians supporting me. They also happen to be great friends of mine as well! My friendship with Phill St B, who co-produced, co-wrote the songs and played all the keys and drums on the record, goes back about 15 years. We started these songs in '98, and they were so fresh-sounding. We couldn't wait to get in the studio. Our engineer, Dave Rumsey, also played most of the guitar and bass. And another good friend, Curt Gibbs, pitched in with some great guitar work. For BGV's, I brought in my sister and my niece. Going in, we knew we didn't have a lot of money to work with, but I knew we had the right people to get it done right."

Fuller is working with Outback Records who also publish his songs. It's a small, independent label based in America's Midwest. They're not a "Christian music" label but Fuller is given a lot of freedom in the studio. That includes writing songs that have a strong ministry content. He comments, "Ultimately, ministry-wise, I love to see people get saved. And there's nothing more cool than to see someone respond to the Gospel message. With my music being adult contemporary all the way, there's not a lot of kids digging my records. So, I feel that my place in ministry is in restoration. It's awesome to look into the eyes of an audience and tell them that God's not mad at them. He's waiting to forgive and embrace. And he promises to never leave or forsake us."

As an artist who has spent years playing live concerts, Brian reflects on the richness of his experiences, which have led him to find his niche. "Over the last five years or so, I've been in just about every concert setting possible. I toured with a band for a couple of years, and that gave me opportunities that I might not have had being alone. This record is a fresh start for me. And I hope to do a lot of church concerts. I like performing in churches with young families. You know, parents in their 30s-40s, who deal with raising kids, etc. That's where I feel most comfortable and most useful."

After spending many years on the road, Brian chose to take a sabbatical last year and the 'Bare My Soul' album is the fruit of that. He explains, "I was doing a lot of travelling from '95-'97. And towards the end of '97 I was worn out and frustrated. God spoke to me very clearly to lay the music down for a season. I just wanted to be obedient, so I did. I did the shows I had left, and quit. For several months I just worked my regular job and spent quality time with my family. My wife and kids are the most important gifts God has entrusted me with. The time off was a time of strengthening our relationships. And really, the whole theme of the new record came out of that period of rest and renewal. The new songs are very personal. The songs 'Soul Soother', 'Your River' and 'Know You More' were birthed from dealing with everything that lead up to laying it all down. I think when you lay 'your things' down, and give God your attention, that's when he can teach you the most. That's simply what has happened over the past 18 months." 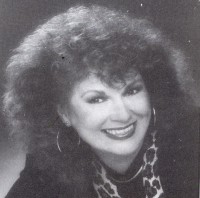 One of the most personal songs on the album is "In Front Of You" which Brian wrote for his daughter. He says, "She's 14 and when I played it for her for the first time, it was a special father-daughter moment. I don't think I've performed it with a dry eye yet. I think she thinks it's cool that dad wrote her a song."

When it comes to musical influences, he confesses, "I'm a big Bryan Duncan fan, and 'To Find Saving Grace' would fit perfectly on his early '90s records. It was written the same way I put lyrics to Phill's music. The highest musical compliment someone can give me is when they tell me I sound kind of like Bryan."

CAROLYN GILLMAN
www.cgillman.com
Carolyn Gillman is a songwriter, keyboardist, vocalist, arranger, producer, wife and mother of two. Classically trained, she mixes music with passionate faith and songs that are filled with drama and beauty. 'Born To Fly' is Carolyn's first solo album after her earlier ministry with the American group Revelation. She recalls her time in the band, "I cherish those memories! My husband Leo and I were music directors at a small country church and I began a small singing group for young girls. Before long, the teen guys wanted to join also! I began trying my hand at songwriting to attract youth and Revelation was born!"

The band recorded a couple of independent albums and then bought a part of a recording studio where they lived. They recorded their third album, 'For His Glorious Majesty', in their own studio and were surprised when two record companies were interested in the project. Revelation signed to Benson Records. Another Benson group, The Spears, took Carolyn's song "And He's Ever Interceding" to number one in the CCM charts, but Revelation decided not to continue pursuing a career as part of the Christian music industry. Carolyn thinks back and says, "What I learned from the experience is, just do what you can do for the Lord, enjoy it, be grateful for every opportunity you have but realise contracts come and go and your happiness doesn't depend on a recording contract."

For more on Cade visit the Cade artist profile