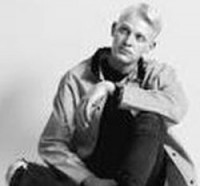 SINGER and songwriter from Sioux Falls, South Dakota, Cade Thompson, who wrote and recorded his first single in 2015 at the age of 14 and has subsequently released two singles in 2017 and four singles this year, is picking up interest with his latest, "Almost Dawn". Cade has shared concert and festival line-ups with such acts as Crowder, For King & Country and Jordan Feliz.