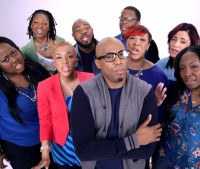 The latest hit by Baltimore's Anthony Brown & group therAPy is "Trust In You", currently residing at number seven in Billboard's Gospel Songs: Top Digital Song Sales Chart. Singer, songwriter and group leader Brown has in recent times dominated the US gospel scene. At the annual Stellar Awards ceremony Brown won an unprecedented 10 awards and clearly Brown is well on his way to becoming another gospel music superstar on a par with Kirk Franklin. He spoke to Kevin Benoit of Parle magazine about his slow but steady rise to gospel music ascendancy.

Like many gospel singers, Anthony was born on 22nd October 1981 and raised in the church. He said, "I grew up in the inner city of Baltimore, my dad is a pastor and musician and my mom sings as well. So music has always been a part of who I am and what I do. My parents knew at a young age that I had a gift. When I was three years old, we were walking by a piano store and they were playing Pachelbel's 'Canon' over the radio in the mall and as a kid I picked out the melody on the piano. So that's how they knew, music might be a thing for this one. Ever since that day to this one music has been part of the fabric of who I am."

At Baltimore School for the Arts Anthony studied music and then went to Morgan State to study piano and composition. He said, "My roots are really from gospel, but my studies are really of classical music and even musical theatre. So I knew if I didn't do this, what I'm doing now, I'd really want to do music and writing for Broadway and/or Disney movies, because that's the type of music that I love. . . I left school to go on the road and do music full time, 20 credits from graduation. So I spent four years in college on scholarship, and then 20 credits from graduation I told my mom and dad that I'm out! They were like, 'WHAT?!' But they supported my dream and let me do what I had to do. Now I think I probably should have stayed and finished the last 20 [credits], but at the same time I got the experience to do music in a full time career way, so I'm grateful. . . Anyway, I met this incredible guy who worked with Tramaine Hawkins and he also worked with the late AndraÃ© Crouch, so I had the opportunity to work with them and tour with them and that was really like my start."

Brown's accompanying group, currently nine members, were formed back in the singer/songwriter's college days. He recounted, "I had tried to put together a group before them to an epic failure, so the next time I was like, 'God if you want me to do this, then show me who'. So I would be in the practise room and a random person would walk by and he'd be like, that one, bring him in here. I would tell them I wrote this song, can you sing it for me. That's how it happened. They all met me in the practise room. . . 15 years later, we doing it together. I try to show them a lot of light and love because they go with it and rock with it." 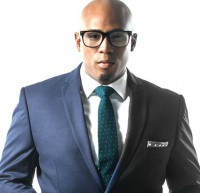 In 2006 Anthony Brown & group therAPy had a chance to relocate to California. Said Anthony, "I had great success out there. I got to do shows like BET Celebration of Gospel and other things like that. But my whole family was on the east coast and essentially I missed my family. I also missed the stability because when I lived in California it was like working gig to gig as opposed to what I am doing now." Anthony and the group moved back to Baltimore in 2009. Brown became the worship leader at the first Baptist Church Of Glenarden in Marlboro, Maryland. In 2011 Brown and Justin Savage decided to produce an album by Brown and his group. Also producer Warryn Campbell suggested that they drop the name Answered Prayers in favour of group therAPy (keeping the "AP" as an oblique reference to the original name). The debut album 'Anthony Brown & group therAPy' was released on Tyscot Records in August 2012 and became an immediate hit, making number three on Billboard's Gospel Albums Chart and 130 in the Hot 200 with a review on the AllMusic website enthusing "Brown puts his vocal arrangement chops on full display throughout this contemporary gospel set which bursts with uplifting spirit" and a review on the Soul Tracks site suggesting the debut "invokes a fresh and joyous spirit."

If the team's debut album was a success 2015's 'Everyday Jesus' is an even bigger hit registering at number one in the US gospel charts, number 11 in the Hot 200 and winning an armful of awards for Brown. The third album by the gospel hitmakers 'A Long Way From Sunday' has, like its predecessor, topped the US gospel charts and produced the "Trust In You" radio hit. In his Parle magazine interview the singer/songwriter spoke about his Grammy-nominated song "Everyday Jesus". "A lot of people go to church on Sunday, maybe go to Bible study on Tuesday night, but there are other days in the week and other nights when they're not feeling all that Christian-like. Those are my experiences and I wanted to re-evaluate my relationship with God and make him part of my everyday experience. Hence the name 'Everyday Jesus'. It's like the commercial for the cell phone. They say there's an app for that, they say there's an app for everything, well there's a Jesus for that. Whatever is going on in your life, whatever kind of mood you're in, he don't want you to put him on the shelf and pick him back up on a Sunday. He wants to be there for all of it and help to guide you through it."

Anthony was asked what was his favourite Scripture. He promptly named Hebrews 6, verse 10: "For God is not unjust to forget your labour of love that you give towards the saints." He commented, "In other words, God is an incredible record keeper so that when you do things for the right reasons, for God, he remembers that and rewards you in his own way. I want people to remember this, to know that as longs as you are doing what you are doing for God he'll remember and reward you in the most glorious way possible."

I love Anthony brown music. I played his son worth at my son's funeral. The song really bless me.

I love this group. I love the article. The article touches my soul. In life people are going Thur so much. When l hear his music. I know everything is going to be ok