Tony Cummings threw some questions at AVALANCHEE, a new duo from The Bahamas who play powerful dancehall reggae gospel. 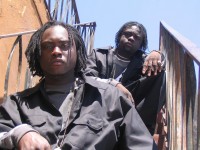 Christian music releases emanating from the beautiful islands of The Bahamas rarely find their way outside of those Caribbean islands. Although the guidebooks namecheck Joseph Spence (the legendary singer/guitarist discovered by blues researcher Sam Charters back in the '60s) and cooler aficionados of esoteric rhythm could name junkanoo and rakeandscrape as Bahamian contributions to the world music melting pot, by and large Bahamian gospel music has been a closed book to overseas music fans.

That could start to change now that Spirit Music are distributing two intriguing albums. One is the official soundtrack of the Youth Alive event held in The Bahamas under the theme 'Return Of The Overcomers'. This event featured the powerful preaching of Pastor Dave Burrows, Chris Hill (formerly of TD Jakes' Potter's House church) and Bahamian pastor and author Dr Myles Munroe (well known for his appearances on Christian satellite TV). The album featured intriguing Bahamian reggae and rap from such acts as Dunamus Crew, Papa Dun, Fire Kid and Avalanchee.

The last named group are two brothers, Mario and Marco Gibson, and their exciting dancehall R&B gospel is fully showcased on their album 'Hard 2 The Core', also distributed in the UK by Spirit Music. The brothers hail from Eight-Mile Rock, a struggling but emerging settlement right outside of Freeport, Bahamas. Mario and Marco fielded a batch of my questions.

TC: Give us a bit of background about Avalanchee.

Mario ("Snipa"): When we first formed Avalanchee, we were a group of guys who weren't really into anything positive. As the saying goes, "idle hands are the Devil's play things." So, I guess we were idle for a while. But as time went on, we got into dancehall reggae, formed a group and called ourselves Avalanchee. We formed the group before we came to know Christ as our Saviour. Originally, Avalanchee was a five-member group but after Marco and I dedicated our life to the Lord, we decided our music would be a 100% for God. The rest of the original group members weren't happy with this decision so they left us to carry out this vision on our own.

TC: What church do you attend and how do they cope with something as revolutionary as dancehall gospel reggae? 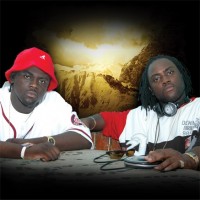 TC: Where did you get the name Avalanchee from?

Marco: The name Avalanchee is derived from the word "avalanche" because like the great force of an avalanche, our music is unstoppable. At first we wanted to go with the name Avalanche but the name Avalanchee was dropped into our spirits so I feel confident in saying that the name we chose was inspired by God. I think the additional "e" takes it to that next level kind of like the story of Abram's name being changed to Abraham.

TC: You're doing dancehall R&B hip-hop. Why no junkanoo and rakeandscrape?

Marco: Well, we do love junkanoo and rakeandscrape. They're a part of us and our culture. And we'll have a lot more of those influences in our upcoming projects, which we're really excited about.

TC: Is 'Hard 2 The Core' your first album? Tell me some of your memories in recording it. 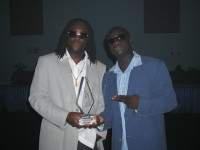 Mario: Yes, it is our first album and we can remember the long hours it took to record it. Definitely a labour of love, as the saying goes. Sometimes we'd be up until four in the morning recording and working with our engineer, Roney aka "Frost Beats" Cash. It was a really good flow working with him because he was always patient and understood the vision we had for this album. We wanted to take our time and produce work we could be proud of. One song I especially remember is "How". We had so much fun recording this song that we decided to free style a good portion of the lyrics.

TC: Have you had a chance to play outside The Bahamas yet?

Marco: Yeah, bless God, we've ministered in Florida and another country in the Caribbean, Turks & Cacos. We're looking forward to visiting other countries as we promote the album.

TC: Tell me a bit about the Youth Alive event Return Of The Overcomers.

Mario: It was great, man! There were a lot of powerful speakers at the conference - really inspiring words. They had so much to say that was timely for the young people of today. There were people from all over the world in attendance. The concert of course was hot! We had a chance to minister there, and our music was received well. Out of the event came the 'Return Of The Overcomers' compilation. We have a track on that CD as well. It was a wonderful experience, so we're definitely looking forward to attending next year.

TC: What plans do you have for the future?

Mario: This has been an exciting year for us and we have so much more to look forward to before the year is out. We just came back from the 2006 Marlin Awards in New Providence where we won the Dee-Jay Vocal Performance Of The Year-Duo/Group for the song "Blow Out" which can be found on the 'Riddim Invasion 4' compilation CD. We have a lot of upcoming shows for the promotion of our album both in The Bahamas and abroad. In the next few months, we'll be launching our website, so we hope the Cross Rhythms fans will check us out online. And of course we're always in the studio producing new songs. We're also looking forward to collaborating with other Caribbean artists of different genres. There'll be much more of Avalanchee to come, and we'll be keeping you up to date on what we're up to, and where you can find us.

Yo Avalanchee is definately one of the most "dynamic" groups in the Gospel dancehall arena! As a disc joc i can say that they have definately crossed the border between gospel and secular dancehall music and not watered down the quality of the Word which matters most!!!! I look forward to a continued working relationship with them!

Indeed they are among my favorite artists, love them bad!!!! I pray that they continue in spreadin the gospel through music and use their talents for the glory of God!!!!
Stay Blessed

i love it and its all true.nuff love from ur big brother avalanchee stay bless