Braille: The Portland rapper's seventh album holds nothing back

Tony Cummings reports on one of Christendom's most talented emcees, Portland, Oregon's BRAILLE 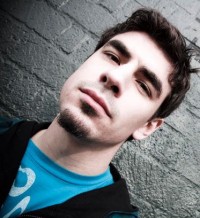 Portland, Oregon isn't exactly renowned as the epicentre of hip-hop but it's the city of residence of one of Christendom's longest-established rappers, Braille. Down the years he's released a stream of albums, the latest being the critically acclaimed 'Native Lungs', has had an album released in Japan by Universal and has toured with acts like James Brown and De La Soul and recorded with numerous rap luminaries like Ohmega Watts and Speech from Arrested Development.

Born Bryan Winchester on 27th September 1981, he's been writing and recording hip-hop since he was 13 years old. For a short time Bryan and his family relocated to Marlton, New Jersey. In his early years Bryan used names such as Quake, Reflection and even Perplex The Cerebration Bizarre before settling on Braille. It's "helping people understand the things they can't see," he explained. At the age of 17, as Braille, he released his first album, 'LifeFirst: Half The Battle'. It was to be five more years before his second album was released after Braille was signed to Syntax Records.

In 2004, Braille collaborated with his group Lightheaded (consisting of himself, Ohmega Watts and Othello), ManCHILD of Mars ILL, Sharlock Poems of LA Symphony, Tony Stone, Celph Titled, Kno of Cunninlynguists, the Masterminds, 9th Wonder and Rob Swift to produce the album 'Shades Of Grey'. That year the national publication URB Magazine named Braille as an "Artist to Watch". He was also named Lyricist Of The Year with the CD 'Shades Of Grey' and awarded Album Of The Year honours by Sphereofhiphop. The following year Braille was selected to open for the Godfather of Soul James Brown's World Tour in 2005 -2006. Braille's album 'Box Of Rhymes' was first released exclusively in Japan on Universal/Handcuts. Later that year R&B Showcase magazine gave Braille a cover story naming him "Hip-Hop's New Force". He joined hip-hop group De La Soul touring throughout the summer of 2007. The same year Braille added speaking engagements to his tour dates and spoke at a South Jersey benefit for Hold On To Education Foundation Inc as a motivational speaker. Braille's album 'The IV Edition' was released in 2008 and featured a special guest appearance from Grammy Award winning recording artist Speech from Arrested Development. The titled track was included on the video game NBA Live 09.

Braille's label Hip Hop In Music released 'Cloud Nineteen' and the following year Syntax issued 'Weapon Aid'. For 'Native Lungs' however, the rapper has chosen to release the album through Humble Beast, as a free download. Braille spoke to JesusFreakHideout about the album. "What I basically did with this record is that I spent about eight or nine months collecting the beats, and then I just got ideas in my head, and then spent five days in the studio in Denver, Colorado, tracking all the vocals. So all the beats were ready to go, except one or two that we made on the spot. And then I kinda pieced together all the rhymes and recorded them all in those five days. There's actually a lot of producers on the record. One of the main ideas was to work with a lot of producers that were either native to Portland, Oregon, or transplants to Portland. There's a couple out-of-town guys - Evidence from Dilated Peoples did a beat, and S1, Symbolyc One, did a beat." 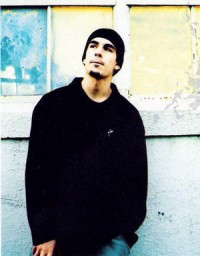 There are some excellent guest vocalists featured on 'Native Lungs'. Explained Braille, "Guest vocals ended up being only two guys: Theory Hazit and Odd Thomas. I also had guest verses that were gonna be from Propaganda and Boogalu from Alert, but the timing just didn't work out. What I really wanted to do was fly all the guest vocalists into the studio with me so we could all record on the same mic, so it sounded together, but we just didn't have the budget for that. Also JR, who many people might be familiar with, was gonna do the chorus on a song, but the timing just didn't work out. But aside from that, the DJs doing cuts include Ralph Swift, DJ Revolution, DJ Idull and a few others."

The topics covered on 'Native Lungs' are pretty broad. Said the rapper, "One of the ideas with 'Native Lungs' is kinda looking at where I came from, all those influences and what I took in, and what God has essentially shaped out of that. So whether you're looking at the influence from your biological family, the influence from hip-hop culture, the influence from American culture, the influence from just living in this world, all those influences. And on top of all that, you get impacted by the Gospel, and then your heart changes, and it changes the way you view all those other things. It changes the way you view your biological life, it changes the way you view your music culture, it changes the way you view the culture of the world, the culture of your city, your country, all those things. So it's basically taking all those things, all the things that I've learned, but then applying the Gospel to that, and seeing how that impacts and affects how all those things come back out. Essentially, I breathe in all this stuff, and then I breathe it all back out, and it's been changed because it's been inside of me and I've been changed from the inside. And everything that's coming out is coming out through this new filter. And that's kinda what 'Native Lungs' is. I'm really going back to making a style of hip-hop that I grew up on, and kinda putting my own spin on it and not holding back. Just trying to make the best sounding hip-hop, but it's coming through this new filter, and as I'm breathing it back out, it's Gospel-saturated because my life has been saturated by the Gospel. So I think that a lot of listeners will see that the Gospel is more evident in this new music. I talk about sin, salvation, sanctification, repentance and things like that a lot more candidly than maybe I have in the past. It's still written from a personal lifestyle perspective. But the appropriate words based on my worldview are used to communicate those things within a biblical framework. I think the Lord has moved in my life in such a way that the way that I communicate some of the same topics and concepts I've always communicated - there's just more clarity. And I think that the sound quality and message and everything is just done with a lot more clarity than in the past. There's just really no holding back on this record."

For more on Braille visit the Braille artist profile