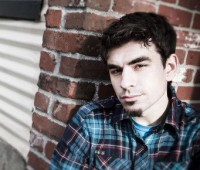 RAPPER Braille, founder of Humble Beast Records and one-third of Beautiful Eulogy, has released a single, "Set The Table". Said the emcee about the song, "This was created as the intro to an album I started but never finished. I haven't felt like promoting music lately but I pray this encourages some people. I'm going to start releasing solo music again. I'm not working on an album but I am making songs and will put them out with Humble Beast whenever I finish something."

For more on Braille visit the Braille artist profile