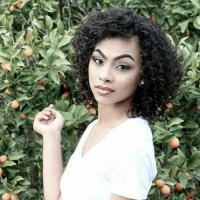 R&B gospel singer Bri (full name Brianna Babineaux) has in the last year rewritten gospel music history. The 21-year-old singer/songwriter has been called "the Justin Bieber of gospel," a social media phenomenon who from the moment a friend shot a mobile phone video of the student at University of Louisiana singing a Tonex song "Make Me Over Again" and posted it on YouTube has swept all before her. Bri now has over 500,000 Instagram fans - including stars like Rhianna, Brandy and Drake - and today her debut album 'Keys To My Heart' is at number one in Billboard's Gospel Chart.

Bri was born in Hawaii on 26th August 1994. Her father was stationed there during his stint with the Marines but he moved his family back to his hometown of Lafayette, Louisiana when Bri was three months old. Bri's parents broke up when she was two years old and she was later raised by her mother and stepfather who is a pastor at Refuge Temple Ministries in the city. She began to sing in the church at the age of five as a member of choirs and praise teams and continues to do so to this day. "I never planned to become a professional singer," she admitted. A gifted athlete, excelling in basketball and volleyball at the city's Northside High School, Bri earned a track scholarship to McNeese State University but after a semester she lost interest in running and moved on to the University of Louisiana at Lafayette to study criminal justice.

The failure of a romantic relationship in 2015 left Bri hurt and depressed. A group of university friends, seeking to encourage her, gathered in an apartment in April and asked her to sing them a gospel song. Her stunning a cappella performance of Tonex's "Make Me Over Again" followed. One of her friends posted a phone video of it on YouTube around 3:00 in the morning. Within hours her spontaneous cover had gone viral. Said Bri, "I guess I was releasing all of my hurt and emotion out through the song." That one video kicked off the #Brination phenomenon and her new fans began to request that she sing specific songs. She began to cover a variety of songs on social media and with each new video her fan base increased to the point that Bri was being courted by some of the top R&B producers to sign with their major label companies, but there was a problem. "I didn't want to sing R&B, I really don't even listen to much R&B music. If I was going to sing for anybody, I wanted to sing for God."

Bri ended up signing with Marquis Boone Enterprises, LLC, which already experienced success launching the career of former elementary school teacher Casey J whose breakout song "Fill Me Up" spent 14 non-consecutive weeks at number one on the Billboard Gospel AirPlay chart leading to her first album 'The Truth' making number one on Billboard Top Gospel Albums Chart. After spending time with Bri and getting to know her heart and soul, Marquis Boone began to get a feel of what kind of album he wanted to create around Bri's extraordinary voice.
Korey Bowie, an independent artist himself and multi-instrumentalist who has worked with the likes of retro soul singer Angie Stone as well as Casey J, produced the 12-track. It is an album which in the words of a press release "skillfully seals the fissures separating Millennials, Generation X and Baby Boomers with a pool of songs that have wide and distinctive appeal." 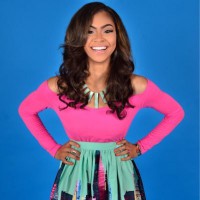 On the release of her debut radio single "I'll Be The One" Bri spoke about the song which very much lays out the singer's heart for the future direction of her career in music. She said, "I'm so humbled by everything that God is allowing to happen. I'm telling God that I'll be the one. It's my vow to him that I have his back and I will not let him down. In this song I'm letting God know he can always count on me. In essence, it's a love song to God, pouring out my innermost thoughts and feelings to him and just letting him know that whatever he needs me to do, I'll do it."

For more on Bri visit the Bri artist profile