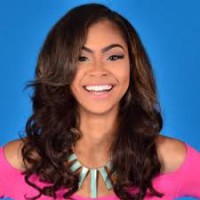 THE R&B gospel singer Bri Babineaux, who rose to viral fame and whose debut album 'Keys To My Heart' made number one on Billboard's Top Gospel Albums sales chart, will record her second album 'Encounter' on 31st May. To be recorded at Living The Word International church in Los Angeles, it is being produced by Jamel Kimbrough and will feature guests Todd Dulaney, Psalmist Raine, Dante Bowe and Alicia Hardy-Montgomery. All the songs on the project have been co-written by Babineaux, who said, "I know they will bless others as we encounter the presence of God in a new way and transform our lives."

For more on Bri visit the Bri artist profile