By The Tree: The modern rock band from Nashville, Tennessee

Mike Rimmer met up with Nashville rockers BY THE TREE 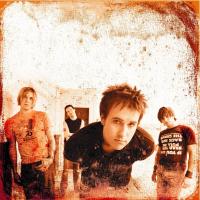 By The Tree have always struck me as an interesting band. Vastly underrated and largely unknown over here, their blistering live performances highlight the vocal passion of singer Chuck Dennie. In my previous encounters with the band, there always seems to have been tension between Chuck and other songwriter and singer Kevin Rhoads. It always seemed as though Chuck wanted to go in a more worshipful direction while Kevin wanted to reach outside the Church's walls. Now with the departure of Rhoads my expectation of the band was that they would pursue something more worshipful, right? Perhaps!

We're sitting chatting in my hotel room in Nashville and Chuck explains how things are changing for the band. "By The Tree started off as a worship band, I started off as a worship leader. I don't know of the whole labelling of it all. Phil Joel from the Newsboys once told me that if I get labelled as a 'worshipper' or we get labelled as a 'worship band', then what better way to be labelled do you know? So I'm not really afraid of labels. If we're called a 'worship band' then great, if we're called a 'rock band' then great. I just want to be found guilty of being true to myself and what God's called me to be."

So did he and Kevin fall out? "It's hard to have a leader of a band and another guy that wants to be a leader in his own regard. Kevin and I felt it was best for our friendship to split up as the band. It's definitely made my life easier. I'm able to be the leader God's called me to be without his different views and find guys that are willing to say, 'Hey, this is what we are and this is our vision and we're going for it!' Now we're tight, we're together and we're able to move forward in what God's called us to be."

Charlie, their new guitarist drafted in to replace Kevin, breaks in declaring, "We're definitely not a praise band! When you hear our album you're gonna hear full-on rock and you're gonna hear full-on worship at the same time. Trying to put lines between any style of music and worship is sometimes hard to do. I think the worship aspect is a matter of the heart of the band, not necessarily the style of the music."

Chuck elaborates, "The lyrics that we write express the way we feel about God which is definitely a vertical standpoint and often reflects worship. We've always been writers like that and as we progress in the music and being in the band longer it's lent itself more towards evangelistic kind of music and to answer people's questions that they have about God and who God is. I know your question is 'What type of band are you really?!' and."

He pauses and I tease him. "You don't know do you?" He laughs, "We don't! We're a band that's trying to find the heart of who we are and the strength of who we are musically and to know that each night when we step out on stage, we're true to who are individually and as a band. If that means we're a rock band then that's who we are." But won't that cause confusion for people coming to the show? "Not really," he offers, "because the bands that I love are the bands that are constantly evolving. Radiohead is a band that's been evolving for years and each new record I'm dying to get because you don't know what you're going to end up with! I think a band that stays in the same place is not only boring but unable to progress and to mature. I don't want to hear the same band over and over, I'll just keep the one record and not get the next one! So I want to progress and I want to change and to unfold into something different. I hope that my life is that way spiritually and I hope that my music stays that way too."

Certainly musically the band have been progressing at a high speed after the fuss that their debut album 'Invade My Soul' caused. The Beatley, poppy follow up 'These Days' has itself been quickly surpassed by a third album with a punning title, 'Root'. Fundamentally, the message of the band remains simple, straightforward and uncompromised. Drummer Aaron Blanton explains, "We're delivering messages of hope and obviously the Christian message about Jesus dying and saving us from hell and the things that we don't have to endure because he did that. I think we're trying to be more ministry minded than ever. I think we went through a time where we did it because we knew we should but now, we actually WANT to. And Chuck being the main spokesperson for the band because he's the lead singer, I think he does a really good job of conveying Christ and hope."

Chuck himself has the final word, "The journey that I've been on is just trying to find people that are lost and finding a way in, not to preach at them but just to say, 'Man, I'm just like you bro and I want you to know God loves you. You gotta know that! You gotta understand that!' It's not about condemning or judging but a spirit of love that we've got to have as Christians."