The long awaited debut CD by Catherine Francis, one of the most impressive singer/songwriters, is out now. She spoke about it and her music to Steve Cox. 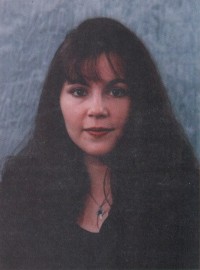 After years of doing the round of local churches, pubs and outreach events, London singer/keyboardist Catherine Francis, described by one critic as "possessor of one of the most haunting voices in Christendom", has finally released the album her talent richly deserves. But, there is much more in 'Inside Story' than a bunch of eclectic songs that simply reward years of non-stop gigging.

'"Inside Story' is a very emotional album," began Catherine. "I'm pretty honest and open on the album. A lot of the songs focus on hurts that people have experienced. The track 'Reed In The Wind' is about a friend of mine who was abused as a child and grew up with a poor image of herself and a God who wouldn't want to bother with her" For a minute, I presumed the friend and the voice on the other end of the telephone were the same. But, a powerful combination of inner strength and vulnerability soon began to permeate our conversation and the thought was quickly banished. So, where did inspiration come from?

' People like Julia Bradley and Julie Miller have been influences on how I approached the album," continued Catherine. "Their honesty and vulnerability made a big impression on me. It's so tempting to promote yourself as some kind of star and come across as perfect It was brilliant working with Paul (Hodson) and Allan (Bond). We were looking for a much fuller sound than my concerts. Paul's got this thing about Indian instruments, so we used an Indian CD sampler on the album."

Fans will probably detect some musical differences, but the quintessential image of Catherine and a piano alone on stage is unmistakable. This diminutive figure exudes a certain fragility that God seems to be asking to bring 'emotional healing' to so many young people who attend her concerts.

"It wasn't my original intention. In fact I didn't have much of an aim when I started. But I can now see where God is taking me. When I was a teenager, my Pastor's wife felt that I would minister with young girls. At the time, I wasn't particularly excited about it. But now I can see it all coming true. It's amazing. Teenage girls come up to me after a concert and just pour their hearts out. They tell me some hair-raising things. I feel I have the right attitude, but I wanted to make sure I was being responsible. So, I went on this counselling course which has been really brilliant You can't just go around opening up wounds."

A highly laudable attitude that all CCM artists could do well to copy. Take away the glitz and glamour and, surely, all CCM artists have a responsibility to fit in with local churches when dealing with hurting people. "I do keep in touch with some of the people. Obviously, it's hand when people speak to you in confidence. All I can do is point them in the direction of God. I sometimes get churches telling me that certain people are really going on with God since I'd been there. It can be heartbreaking just disappearing and not knowing what's going on. Yes, I do feel a responsibility, but I can only do so much.

"I went to a seminar by Jill Saward at last year's Cross Rhythms festival, and she suggested every church should have an abuse counsellor. I think she's right There should be a strong network of support for people who have suffered abuse." Abuse has certainly played a part in Catherine's family, which is reflected in her music and ministry. The poignant, biographical' This Woman Knows" is an account of three women including Catherine's great grandmother who lost five babies during pregnancy through abuse, while "Save A Room" is a loving tribute to her grandmother. So, faced with such a frightful legacy of damaged lives, how did she become a Christian?

"My mum and dad split up when I was five. Mum brought us up to believe in God but she didn't really have a strong concept of what a Christian is really about. I was 13 when I gave my heart to God. Mum had been diagnosed with breast cancer and this friend at a local church got the whole church to pray for her. The day before she was due to have an operation, her cancer cleared up. We went back to the church to thank them. You can imagine this 13 year old walking into a church. It was so embarrassing, but I saw something there I hadn't seen before and I wanted to know more."

Catherine could probably have written this article, and done a much better job. For this multi-talented CCM recording artist also holds down a full time job as a sub-editor for the magazine Woman's Own. Surely, this must cause one or two moral and ethical problems? '"I've been asked this question many times and I can say that I haven't had too many difficulties. It's fairly intense there, but the company have been very supportive of the IPC Christian Union I'm now co-running. We pray about all the issues in the media and the whole teen-girl magazine thing. In fact there's going to be an article appearing in Woman Alive next April about how it started.''

Life seems fairly well balanced for Catherine. At the moment she has no pretensions to becoming a full time singer and doesn't look too far ahead when planning her gig calendar. She's praying the new album will provide the same emotional healing which seems to be a major factor at her live concerts. "I'm not sure, but there's talk of Spirit Music distributing the album. People can certainly get the album direct from me. I only hope they'll like it as much as the live concerts."

I'm sure those people who have already witnessed the heart behind the songs and ministry of Catherine Francis will not be disappointed. Once the album is distributed, a whole new bunch of people will soon discover the heart of a compassionate God that will touch an emotional need.

The opinions expressed in this article are not necessarily those held by Cross Rhythms. Any expressed views were accurate at the time of publishing but may or may not reflect the views of the individuals concerned at a later date.
About Steve Cox
Steve Cox lives in Cornwall, is married to a wonderful wife, Annette, is father of two daughters and a member of the Cross Rhythms family.