Chandler Roberts: A singer songwriter overcoming her fear of failure 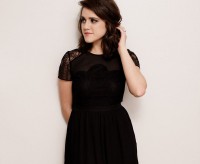 Chandler Roberts is well known to American Christian radio. But not as an artist. She is the national promotions manager for Tennessee's Fair Trade Services, a Christian label big hitter whose current roster of artists includes acts like Phil Wickham, MercyMe, Audio Adrenaline, Gateway Worship, Laura Story and Phillips, Craig & Dean. But there is a secret side to Chandler which many other record stations she deals with on a daily basis have yet to learn. Chandler is a singer/songwriter who has just released her second independent EP. The costs of recording and releasing 'The Colour EP' were covered by a Kickstarter appeal and already it is starting to get favourable reviews. One read, "This young artist has drawn parallels to other artists like Sara Groves, Ginny Owens and Joy Lippard: comparisons that I reckon will work nicely for Chandler in the upcoming months and years ahead. Chandler's EP is one of my favourites of 2016 so far. Heartfelt and emotional, comforting and enjoyable; this is a must-have for anyone who loves pop/worship music."

Chandler spoke to New Release Today about her work at Fair Trade Services. "I'm constantly surrounded by people who are making great music, and I get to play a role in sharing their music and messages with listeners. I work for an amazing company and have a great boss and co-workers. On the other hand, I have to work hard to not get caught in the trap of comparison. I have to stay faithful to my own calling to write music, lead worship and be creative without letting the 'business' world discourage me in my creativity. It's so easy to let comparison (in any field or aspect of life) begin to influence the way that you use your talents and passions, and that is simply not a healthy way to live! I can simultaneously work hard and find enjoyment in my 9-to-5 job while also using my free time to continue writing songs, leading worship and creating new music."

Chandler began to sing almost as soon as she learned to talk, and her childhood memories are marked by late night bedroom songwriting sessions, serenades for any friend or family member who would listen and performances in churches and on performing arts stages around the Houston area. A love for music that was fostered at home by a musical mother, supportive father and sisters who were performing partners became a public passion by the time Chandler was 10. From the moments she penned her first worship songs in elementary school, Chandler imagined someday singing to a larger audience. She blossomed from starry eyed seven-year-old to a college freshman who entered Belmont University in Nashville, Tennessee with a big voice and even bigger dreams.

Four years later, Chandler graduated from Belmont with a degree in vocal performance and celebrated her graduation with the release of her first EP, 'Art From The Ashes', in 2012. The whole world seemed full of possibilities. In the first few months and years that followed, however, adulthood set in and with it a crippling fear of failure that caused her to put her own music aside and wrestle with self-doubt and insecurity. 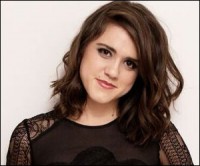 "It was both a wonderful time of my life and the most insecure time of my life," Chandler admitted. "I entered adulthood, married my best friend and started a full time job. As life began to fill with a myriad of everyday tasks and responsibilities, I looked up from the pile to find my musical creativity almost non-existent and my fear of creative failure more present than ever. . . I struggled to write songs and I began to cringe at the thought of someone asking me how my music was coming along. I was so afraid of failing that I thought it was easier not to create music at all."

Somewhere along the way, however, her songs began to come alive once again and Chandler found herself writing in themes of overcoming fear and giving praise to the one who deserves it. "I began to realise that God has gifted me with a passion for worship, singing and creative expression through music, and if my ultimate goal is to bring him praise and respond in obedience to his calling, what do I have to be afraid of? It's all his anyway. I just had to begin creating music again. No matter what people think or what becomes of it."

So where does Chandler think her creative re-emergence will lead her? "I am not certain what the future holds exactly or what God is calling me to do long term, but I know that for today, I am called to love him first and to love others as an extension of that love. I feel that he has given me creative and musical talent and that he didn't give me those passions and talents to keep them to myself. I feel called to leading the local church in worship and to finding ways to write songs that share the truth of God's word in an interesting and excellent way. There are a lot of specifics about my calling and career that are unclear, but I can hold tight to the universal truths that God has a plan for my life, and it is my privilege and responsibility to love him, use the passions he has given me for his glory, and trust him daily for direction and guidance."