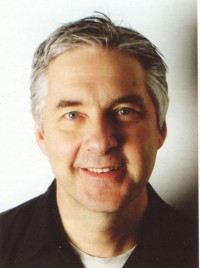 This month sees the release of a groundbreaking album which ought to set the contemporary Christian music world alight. 'CompassionArt' is an album like no other ever released in the Christian music scene.

The 14 tracks on the album were all written during the Songwriters' Retreat, organised by Martin Smith of Delirious?, which saw 12 the world's leading contemporary Christian songwriters gathered together in Scotland in January 2008. The songwriting credits for the album include all 12 songwriters present - there are no individual credits - and all the royalties (songwriters, publishers, copyright, etc) will go to nominated charities.

This is not a compilation album, though a large number of different artists appear on the album; neither is it a live album such as you might get after an event. Its uniqueness is that the songwriters and the artists have come together with one specific aim - to support the vision of CompassionArt, "Giving it all for the Poorest of the Poor".

The logistics of pulling together an album such as this were significant and there was no model to follow. So Christian Marketplace decided that the man to talk to about this unique album was one of the co-producers, Les Moir from Survivor/Kingsway Music. I caught up with Les at the ICC Studios in Eastbourne just before the final mastering of the album was completed and asked him about the album and his involvement.

Clem: How did you become involved in the CompassionArt album project?

Les: Martin [Smith] told me about a year before that he was thinking about this idea, asked me what I thought and whether or not it would be possible. In attempting this he was asking some stuff of the companies that had never been done before, this was groundbreaking. There were some quite big things being asked of all the companies involved, with Thankyou Music being co-owned by EMI CMG for example. Then in Nashville I met with Martin, Paul Baloche, Michael W Smith and others, together with all the industry people. Martin laid the vision down and amazingly they all came on board. People have had to see Martin and [his wife] Anna's heart for this and to embrace their vision. And the artists have all come together and that has been a model in itself.

Clem: And then came the songwriters' retreat. Were you involved there?

Les: The retreat was quite something. I was there for the first two days and it was interesting to see people who knew of each other, but didn't know each other well, coming together in the songwriting process. People worked together in small groups and then all came together to play the songs they had come up with to the whole group. The group would critique the song and it was like, "how honest can you be with someone when you have only known them a few hours - if you like an idea or not?" And we had amazing times of fellowship together; it was great to see people come together.

On the last day of the retreat Martin rang me and said, "Les we need to record these songs, will you help me make this?" and John Pac [at Kingsway] was amazing in just releasing me to work on the album. So that's how I came to be involved and it's been a delight and a privilege to be involved in this project.

Clem: You are co-producer of the album - what does that job entail?

Les: Basically it is coordinating it and bringing it all together. Martin told me to just dream as to what band we should get together and so I did. Then I also had to sort a studio so I rang three studios, Abbey Road, Olympic Studios and Real World (Peter Gabriel's studio) and we chose to go with Abbey Road.

Clem: Why Abbey Road, it must have been expensive?

Les: Well, we've worked with the people at Abbey Road a few times now and they were able to give us two studios which was great because we only had the guys for three or four days. In fact Chris Tomlin was only available for a day and a half; so we cut the tracks in Studio 3 and then he ran upstairs and recorded his vocal in another studio while we were getting on with the next songs.

Clem: What particular challenges did this project pose for you as opposed to producing (say) a Tim Hughes or Matt Redman album?

The Word for Today is advertising it. It captured my attention immediately, I am inspired and encouraged. can't wait to hear it! Blessings