Crystal Aikin: The return of the Sunday Best-winning gospel diva 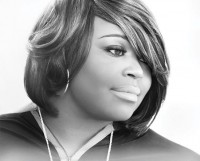 The release by RCA Inspiration of the seven-song mini-album 'All I Need' brings back into the spotlight gospel diva Crystal Aikin. For it was in 2008 that Crystal won the first ever Sunday Best TV talent search. Her win resulted in the high profile album 'Crystal Aikin' which earned her a GMA Dove Award nomination. But since then there have been no further releases save for a Christmas single in 2011. No wonder the 'net is quickly filling up with fan messages full of phrases like "it's a blessing to see you return" and "so happy you're back!" The first single from 'All I Need', "I Desire More", is already getting substantial US radio play so there's every chance there won't be another long hiatus in the singer's career.

Crystal Renee Aikin was born in Tacoma, Washington. She remembered, "I grew up in Altheimer Memorial Church of God In Christ in Tacoma. I sang in the children's Sunshine Band. I honestly didn't think that I could sing. I just think they gave me the mic and I was like 'Okay, now I'll start singing!' I really did like air directing. That's when the music is playing and you're directing the air which is your choir! I never thought that I'd ever actually direct. But as I got older, young leaders in my church started going off to college and I fell into the position of directing and more lead singing. And that developed my leadership skills for singing in groups in the church because neither of my parents were soloists."

Crystal became a member of a local group, Heaven Sent Us. She admitted, "That is when I really developed as a vocalist and stage performer." After Heaven Sent Us Crystal joined another group, Soul. They had a little success, recording with Tacoma-based label Trinity Records and performing at the prestigious Gospel Music Workshop of America. After leaving Soul, Crystal returned to singing in and around her hometown. It was also during this time that she lost her father. "His words were embedded in my spirit - to make sure I could take care of myself - and that's when I made the decision to go back to school." In 2005 she returned to college and obtained a nursing degree, following in the footsteps of her mother - a Registered Nurse and a Professor of Nursing at Crystal's alma mater, Pacific University.

In 2007, Aikin auditioned for a new television talent search, Sunday Best, which in subsequent years was to become American gospel music's premier means of finding new singing stars. After being chosen to participate, Aikin went to Los Angeles. She sang through seven televised rounds which included performing "Alabaster Box" before competition judge CeCe Winans, and "Shackles (Praise You)" in front of judges Mary Mary. The climax of the series came with gospel superstar Kirk Franklin announcing Crystal Aikin as the winner. She admitted to journalist Shamerra T Brown, "It was emotional for me. I felt like it was a moment of a chapter closed. I had done other competitions and may not have been the winner. You know, when you're in a competition, you don't have to have a competitive attitude as far as trying to win and hurt somebody else, not at all. I'm grateful that God allowed me to be here to receive that. Because I don't think I would have perceived a career in this. You know, people have always been like, 'Where's your CD, Crystal. What are you doing?' I have been very slothful." 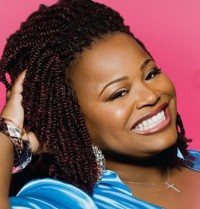 With her win there was no longer any room to be slothful in recording. Part of her prize was a recording deal with Zomba Gospel Music (now Verity Gospel Music Group). No expense was spared in the production of Crystal's debut CD. 'Crystal Aikin', issued in the US on 17th March 2009, featured producer contributions from PAJAM, Dre & Vidal, Gerald Haddon, Derek Clark and Asaph Ward and others. Said Crystal, "It's a potpourri of musical sounds. We've got something on it for everyone. I am so glad I'm from Washington State, one of the least churched states. We're not in the Bible belt. So we don't get gospel styles so heavily ingrained in us. We are a grunge and rock alternative state, the home of rock legend Jimi Hendrix. And with that, we are so well blended and open to appreciate all styles of music. So I couldn't help but make sure that a variety of music was captured on my album."

Crystal is passionate about maintaining a close walk with God. She told Shamerra Brown, "I believe that what you do in private, God will showcase in public. I believe it, and I even say that for things that are not good. When you do things that are not right and they're sinful and you think that you're hiding. I believe that everything that I do behind closed doors - praying, reading my Word, crying out. becoming naked before God is very hard for me. There's a part of me that, I know he's sovereign and he's all that and I get nervous to have to show him how wretched I've been. Even when I get an attitude or I say the wrong thing and I feel like I'm a bad person, I say, 'God, why do you even use me?' I know I'm unworthy. I believe the only way to have self-confidence is to have it in him. Self-confidence really comes in him, because you know your purpose, you can be confident about who you are, and who he's created you to be, and if he's asked you to be isolated, you can be confident in isolation, when he's there. He's your comforter. So, I'm finding my self-confidence in him."

Crystal clearly perceives herself not as some glitzy purveyor of religious entertainment but something much deeper. She confided, "I honestly see myself as a psalmist, a person who sings, but a prophetic singer. I believe that the Word will come through a song in me, a word from God for other people's lives."