Customary: The producer, rapper and singer from Boise, Idaho 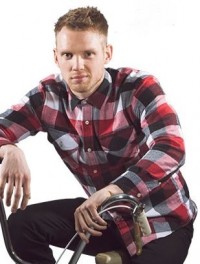 Customary is a hip-hop artist and producer based in Boise, Idaho. He has recently released the mixtape 'Compassion' which really caught the ear of Cross Rhythms who enthused the project was "one of the best, creatively focussed and most thought provoking albums heard in years." His company Customary Music is a thriving concern offering beats and backing tracks for all manner of rappers while the Customary Music label has a growing roster of artists including The Elect, Brass Knuckle Bullies, Ace & Pearl and Pony Cop. Customary took time out from his home studio sessions to talk to Cross Rhythms.

Customary's real name is Alex Post and I began by asking the rapper/producer how he came up with a name which is far from. ahem. customary. "It started out with me and my good friend Darryl Anderson. He is actually from London, and he moved to Boise, Idaho to go to school at Boise Bible College. We picked the name Customary Alliance to say we'll stay true to a traditional hip-hop sound, stay true to what we believed was the real hip-hop sound. I ended up going solo and people kept saying, 'Customary what? What's the last part of your name?' So I shortened it down to Customary."

Customary's background was far from the urban mean streets one usually associates with rap culture. "My father has been a pastor my entire life. My mom was a stay-at-home mom for a lot of our childhood, then she worked in a classical Christian school, teaching. I was definitely raised in the church - I'm a pastor's kid."

In 2005 Alex began producing the first Customary Alliance album. He said, "It was called 'Looking Up'. The concept behind that was, 'This is where we're starting, and things are looking up from here.' I finished that by the time I was 21; started when I was 19. It wasn't very good but you've got to start somewhere. I go back and listen, and think: 'Some of the beats I made were good; I was a pretty good producer by that point.' But as far as rapping, it's just funny to look back and see how far you've come - it's humbling." 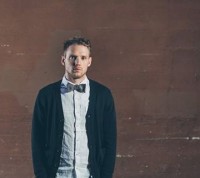 Alex made his first solo record 'Take Me Away' in 2010 and his second album was 'Cold Drink On A Hot Day'. He explained, "I had a couple songs that had a Christian message on there. But I really tried to make straight boom bap hip-hop, and appeal more to a general market. I wrote more songs for performance, for doing concerts and shows."

In 2013 the prolific producer released three albums: 'Bleu Bird Instrumentals', 'Blaque Bird Instrumentals' and 'Christmas'; and the following year released 'Compassion'. Amongst the many subjects touched on is the tension of being a pastor's kid. Said Customary, "I was raised to believe everything a certain way. It was just the pressure, and the pride of holding up the name of my family, being the perfect kid everyone expected us to be. I would sin, but I would hide it; I would lie. 'I don't struggle with that: I'm good.' There's a false sense of pride in trying to be perfect, an example of what a pastor's kid is supposed to be. I would go to the point of lying, not telling the truth that I'm a sinful person."

One of the many impressive things about 'Compassion' is the sung vocal hooks. Explained the rapper, "A lot of the hooks I sing, then I have my roommate - his name is Dom - sing his awesome, beautiful, soulful voice. I love hearing him sing. I have him singing background vocals, anything, to add an extra soul to the song. He's working on stuff right now. He'll have an EP recorded and put out within this year."

One of the standouts on 'Compassion' is "Gates Of Heaven". Mused Customary,
"People in the Church are just people; we're all sinful. The lines from 'Gates Of Heaven', I was just venting throughout. I've seen judgment in the Church. I know Jesus says he is the Way, the Truth and the Life, but. I was talking about this to my roommate last night - we're all so selfish, we're all so sinful. It's difficult not to get caught up in all that. We all struggle to really love each other sometimes. It's difficult to say those kinds of things, because I love the Church - a lot of great healing and beautiful things happen. People are loved and accepted in church, and at the same time we can get caught up in seeking our own benefit, our own selfishness." 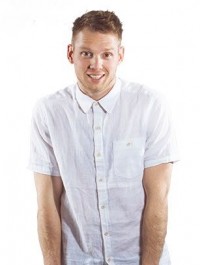 Another powerful track is "Everything Will Be Alright", about a girl who was raped who eventually finds the love to pull her through in the church. "I go from 'The Gates Of Heaven' to that. I can criticise parts of the Church, but there's true healing and true love you can only find in church through the power of Jesus."

Another standout is "Left With Nothing" - about a workaholic womaniser and a guy with pride in his faith - which intriguingly ends with a fragment of John Newton's "Amazing Grace". Explained Customary, "I got the idea to use 'Amazing Grace' when I was performing 'Left With Nothing' at a small show here in Boise. I got to the point where I said, 'By grace I am saved/Not by being innocent' on the last line, and let it play out to the end. It came to me to fill that space at the end with a bit of 'Amazing Grace'. Grace is amazing - to take all of what I've said and done, everything I've chased, from pride in work to women to money; grace can cover all of that."

For more on Customary visit the Customary artist profile