Dana Jorgensen: The Canadian-born songsmith with the "Your Love" turntable hit 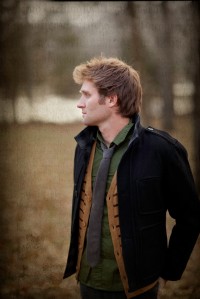 Singer, songwriter and worship leader Dana Jorgensen is currently getting Cross Rhythms airplay for his "Your Love" song. Hailing originally from Ottawa in Canada Dana grew up in a Christian home with two sisters and excelled at ice hockey. "I can probably skate just as good as I can walk," he admitted, but when he suffered the last of eight dangerous concussions and broke several major bones, he was forced to give up hockey and his dreams of playing in the NHL. Although Dana could not see the good in God closing the door at that time, little did he know that God would soon open doors in a new area of his life.

Dana had become a Christian aged four when he and his mother prayed together but admitted that he "really started living out my faith when I was around 19 years old." By then a new passion - music - was kicking in. He said, "I took guitar lessons in high school 'cause I was told if you showed up, the teacher would pass you. No joke! I really didn't do the band thing until I graduated high school and stopped playing hockey. The first band was a disaster and kind of a 'boy band' thing. Yes, I am still ashamed."

After the boy band fiasco Dana decided to relocate to Vancouver, British Columbia, to pursue music as a solo. There he quickly connected with a great church and began leading worship. After three years of honing his music skills and being stretched spiritually, Dana was invited to go to Nashville, Tennessee, and tour with an artist. He accepted the offer and, when not touring, has been living in Music City since 2005.

Also in 2005 Dana put out his debut album, the independently released 'All Over Again'. The title track and "I Don't Believe" were hits on Canadian Christian radio. Over the following few years Dana traveled far and wide leading worship, sharing his songs and telling his story of what God has done in his life with thousands of adults and youth. "I would have to say that there is nothing like a couple hundred youth all in a room pumped and ready to worship. There is just something electric about leading people into worship with our Heavenly Father and it excites me to have been given the opportunity to do this full time." 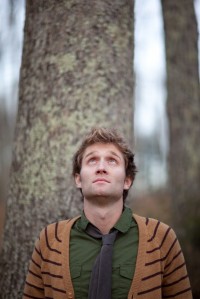 In 2011 Dana and producer Ryan Sutton went to Franklin, Tennessee's studio The Bunker to begin recording Dana's second album 'Every Thing To Beautiful'. The singer/songwriter shared a couple of his memories about the sessions. "I remember feeling like we were missing one more song while putting all the album together. So I sat down with Jason Cox and told him an idea I had for ending the record with a quiet acoustic song. That's where 'With You' came from. I also remember many hours of sleeping on the couch in the studio!"

One track particularly caught the ear of the Cross Rhythms reviewer. He wrote, "There is an excellent track, 'Your Love', penned by Dana, David Emerson and the album's producer Ryan Sutton, which with its simple but effective chorus ("'Cause your love is so amazing/Anything but ordinary/Brings my soul to life...always") which would sound great on radio and in a worshipping throng for which it was written." Dana explained how the song came about. "I sat down for a writing session with Ryan and David. David had an idea for the chorus melody and a rough lyric. So we wrote the chorus and the title was something I'd written down a couple years ago and when I said it, it just fitted."

One thing Dana has been learning through his years of music ministry is humility. Not for him the embarrassing spectacle of the puffed up worship artist with a head full of ambition. Dana put it simply, "We need to show humility in all circumstances. God is in control and we are not, even though we like to tell ourselves we are."