Eddie Holman: From "Hey There Lonely Girl" to "Thank You For Saving Me" 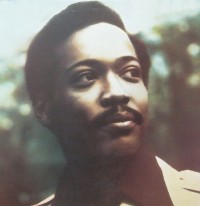 For all devotees of '60s soul music the name Eddie Holman will forever be associated with one song, the lush orchestral ballad "Hey There Lonely Girl" on which Holman's soaring falsetto is the quintessence of sweet soul romanticism. The timeless appeal of his hit (number two in the US pop charts in 1969, number four in the UK Top 40 in 1974) isn't the singer's only achievement, of course. His smooth, sophisticated style makes him a natural for supper club engagements while Eddie's initially obscure uptempo recordings like "Eddie My Name" and "Stay Mine For Heaven's Sake" that went on to be acclaimed as "Northern Soul classics" by club deejays meaning that over the subsequent decades Eddie has been a frequent visitor to the UK playing Northern Soul gigs, swanky supper clubs and oldies and goodies concerts. Yet there is another, lesser known dimension to Eddie's six decade career in music. Eddie is an ordained minister and one who on a couple of occasions has taken the opportunity to record gospel music.

Gospel music and the whole church culture was very much in Eddie's blood. He told broadcaster Mike Rimmer, "I was born into church on 4th of January 1946 in Norfolk, Virginia and the first song I learnt how to sing was 'The Lord's Prayer' which my mother taught me. My first public appearances were in church. I have been in church all of my life. From the start of singing to this day I have been greatly influenced by the kinds of music that is done and performed by the choir and singers in the black Methodist church."

A precocious singing talent, Eddie attended New York's Victoria School Of Music And Art. As Little Eddie Holman he appeared in off-Broadway shows and was a regular on NBC TV's The Children's Hour. Then at the age of 14 Eddie was born again. He recounted, "My mother moved to Philadelphia and she remarried and she choose the Baptist church. She choose it because the minister Rev Mitchell was a fabulous speaker. There I received Christ as my personal saviour. Rev Dr Frankie Mitchell became my father in the ministry. My mother was right, she was obedient to God and God helped her to do what she did and experience the Lord."

In 1961 Eddie had begun his lengthy recording career making unsuccessful singles for the Leopard and Ascot labels. Relocating to Philadelphia Eddie wrote and recorded for a seminal production company, Harthon Productions, whose output helped forge the hugely successful Philly Sound. Eddie's singles were often leased to hitmaking Philadelphia label Cameo Parkway. It was with Parkway that Eddie enjoyed his first R&B hits with "This Can't Be True" (1965) and "Am I A Loser (From The Start)". It was in 1969 after signing with ABC Records that the singer broke through to pop success. The creamy soul ballad "I Love You" was followed by his revival of a Ruby & The Romantics oldie "Hey There Lonely Girl". Eddie's definitive reading of the ballad was only kept off the USA's number one spot by Simon & Garfunkel's "Bridge Over Troubled Water". More hits in 1970 followed with "Don't Stop Now" and "Cathy Called". 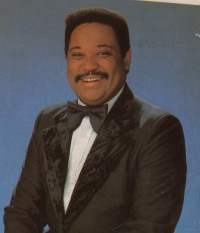 But despite the 'I Love You' album, his later ABC singles with Frankie Avalon's old producer Peter DeAngelis weren't successful. Eddie explained in an interview in 1985, "Peter was a lovely guy but he tried to pull me away from soul and into a MOR thing." After flops with Silver Blue Records, Eddie drifted out of showbiz and was driving a taxi when old friend Norman Harris helped him secure a new deal with Salsoul Records. But despite a big budget disco album cut at Sigma Sound, Eddie was increasingly unhappy with his return to the showbiz brightlights. He said, "Salsoul were really big into the disco scene but I just couldn't relate to that scene. I'd been a Christian since the age of 16 and after kind of backsliding- slipping around and doing drugs - I was getting myself sorted out spiritually, and suddenly I was being pitched into something that was like something out of Sodom and Gomorrah."

Eddie recounted the kind of thing he experienced working New York's notorious gay discos. "It was very repulsive - that's the only word I can use to describe it. First there were the pimps and dealers who'd come into your dressing room and put out ounces of cocaine on the table for you and the band members to use. That was the sample - before you started buying. Then the clubs were weird. One club I played, there'd be a show area where you did your set where the audience would all be sat at their tables using the drugs they'd just bought. The compere was a guy called Gypsy or something. He wore a dress. He'd introduce you then run over and kiss and hug you and his beard stuck in your face. It was really rough. Upstairs would be the disco with about 50 speakers and enough sound to literally change the beat of your heart. And downstairs they'd be showing porno movies, men with men, women with women and people with animals. I just had to step away from all that."

The born again soul singer did just that when in March 1978 he asked for a release from the Carrie Brothers, the owners of Salsoul. The parting was entirely amicable, the brothers actually giving Eddie 2,500 dollars to cut a gospel song (still unreleased) called "So You Want To Sing Falsetto". Remembered Eddie, "The song was on the theme that in order for me to hit the high notes, I had to be spiritually in tune with the Lord. I couldn't do it by myself."

From '78 to '81 Eddie stayed away from showbiz preferring to work at a management course with Xerox and "get plenty of spiritual food from the church where I was originally converted." Then Eddie began to tentatively ease back into the touring circuit. In 1982 he entered the International Bible Institute and Seminary where he studied for a doctorate in theology and in May 1984 was ordained into the ministry. The Rev Eddie Holman became an associate pastor at Philly's Faith Fellowship Baptist Church. 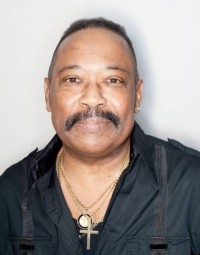 With the loyal support of his wife Sheila, the one time recording star began, in 1982, to painstakingly piece together a gospel album. Said Eddie when the album 'United' was finally released in the UK, "In the evenings and weekends I would work the discos and hotel circuit saving money. That was rough because I didn't have a hit record so wasn't making much. But my family made sacrifices and now God is honouring those sacrifices."

'United' contained many musical elements of the "old" Eddie Holman, even down to using many of the same musicians who played on his classic old soul hits. Norman Harris on guitar, Ronnie Baker on bass and keyboardist Eugene Curry gave 'United' a firm rhythmic bedrock on which to build his intricate vocal patterns. The songs, all self-penned, dug deep. From the doowop flavoured title track which featured some of Eddie's best vocal ducks and swirls since his "Hey There Lonely Girl" million seller to the funky "Thank You For Saving Me" to the liltingly beautiful "Eternal Love" which had the most spinetingling five seconds - the word "Jesus" broken into a 12-syllable falsetto soar - captured on vinyl for decades.

Over the next 20 years Eddie continued to tour, singing his oldies for supper club audiences, Northern Soul fans or nostalgists still effected by the sweet soul power of his oldies. He also began working within the Philadelphia School System encouraging young people to become involved in the performing arts. During the summer of 2007, Holman performed weekly for the passengers aboard the MS Sun Princess cruise ship while it was en route to the inside passage of Alaska.

Also in 2007 the veteran began working on another album for his Agape label. 'Love Story' is largely a gospel project though it does contain a version of "Where Do I Begin", the theme from the Love Story film that he'd originally recorded for ABC and was included at the request of his much loved wife. Writing about the 'Love Story' album the Cross Rhythms reviewer wrote, "'Thank You For Saving Me' is an upbeat track reminiscent of the soul of the 1980s. It's a beautiful song on which Eddie thanks the Lord for his salvation. 'Old Rugged Cross' is Mr Holman's version of the classic hymn and like the other tracks on the album demonstrates that Eddie's extraordinary high falsetto is still one of the most memorable sounds in the whole of popular music." 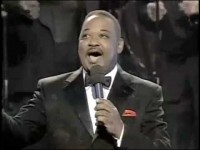 Still travelling the world (he's played concerts in India, Saudi Arabia, Libya, China, Russia) he follows a simple strategy. "I put God first, my wife and family second and myself third and everything will follow up. I believe that before you open your mouth, before you tell people about God there has to be evidence in you as a person. People have to see God in you, the way you talk and walk. Everywhere I go I am his representative and he knows it and people know it. The kind of music and songs I sing are love songs. God is love. I have sung love songs all my life. I don't tell people I am a born again, they can see that, they know that. When I sing one of my love songs the audiences can see something special because they are witnessing a man who loves God."

Thank you for such an insightful look at Eddie Holman's life. "Hey there, Lonely Girl" has been my favorite love song ever since it was first released. How refreshing to know he is a brother-in-Christ.

Eddie, would love to hear from you...I still listen to our "flops" that did in fact his the Billboard Chart and they still sound good today....
Joel Diamond
Silver Blue Records