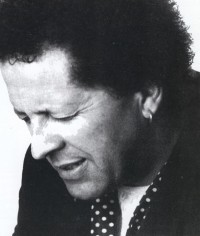 In The Experience 7 we may have had a momentary aberration and called Evan Silva American, when in fact he hails from New Zealand, but one thing we did get right - this guy is good. His independent album 'Ain't No Two Ways About It' is a feast of blue-eyed soul and its creator is a church minister and singer/songwriter. In Auckland, where he pastors Harbour Christian City Church, the release of the album created a stir amongst the local media. Evan remembers, "TV3 and TV2 in Auckland found out about it, and actually came to our church, and filmed me at church and it went on prime time news! They wondered how a minister could be a soul boy?" Laughs!

Evan was 13 when he first went to clubs and sang Frankie Lymon songs with a band. He laughs at the memory, "I've always been a bit of a performer I guess!" As a teenager, fresh music from America had a major impact. He admits, "As soon as I heard soul music - Wilson Pickett, Otis Redding, I felt completely at home with that style of music. Motown and soul has influenced my writing and my style."

He spent his late teens fronting various bands in Auckland, hopping from residency to residency in different clubs, paying his dues, "We had singles on the charts in New Zealand and appeared on TV, and had a residency at The Galaxy which was the top club. We went as far as we could go in New Zealand." The bright lights of Sydney glistened on the horizon and Evan arrived in Australia at the right time. He remembers, "Motown was big; soul music was big. This was late '66 and the Vietnam war was on and all the GIs were coming to Sydney to rest." He quickly gained a residency at the Whiskey A Go Go after an audition blew the club away.

With the long nights playing music in the sweaty club atmospheres and the excitement of the acclaim his band received, it wasn't long before Evan was putting the good money he was earning into experimenting with recreational drugs. "When I look back now I think, why did we do that?" He continues, "It was a fearless era. I've lost a lot of friends who have died through overdose. I still have a lot of friends from that era, and a lot of them are damaged, but I'm also seeing a lot of them coming to Christ." For Evan, the non-stop lifestyle eventually took its toll and the glamorous life lost its sheen, came back from Australia and I got sick of the lifestyle, but I didn't understand God was in a lot of it." He remembers an incident in a Sydney club. "This guy got up on stage in the club, grabbed the mic and started preaching about Jesus Christ. I threw him off the stage because I was so angry." The title song for his current album was inspired by the incident.

Returning home to New Zealand, Evan and his wife experienced God drawing them closer over a long period of time. "Finally, I left the band I was playing in, Kindred Spirit, and then I became a Christian two weeks afterwards." He remembers, "Carol and I went to meet a minister and he explained the Gospel. Both of us prayed a simple prayer of faith and accepted Christ. Something had happened inside my heart - my life was totally changed."

The impact of his conversion in 1973 was dramatic as his circle of musician friends discovered what had happened. Not all of them understood. "I went back to talk to them and they'd heard about it and thought I'd joined a religious cult. Some people wouldn't come near me because they thought if I talked to them, something would happen to them."

Evan chose to leave the performing behind whilst he put firm roots down in a local church and grew in his faith. He explains, "I got involved in a church and started leading worship and became a youth leader. First time I ever preached, I was quite nervous and gave was altar call, there as a huge response and it freaked me out! I didn't perform for two years, I wanted to soak myself in the word of God and understand what it is to be a Christian, so I did that." Evan worked for seven years in a recording studio owned by friends, working on jingles and ads for radio and TV. But even this was God's timing as Evan had seven years working with session musicians. He says, "I got to talk to all the musicians I used to work in the clubs with. They would ask privately what it all meant. I got to talk one on one with them about my conversion."

Over the years he has seen many musicians from the New Zealand music scene come to faith but this is just a part of his wider call to ministry. Evan explains, "I have a call to reach people. Carol and I have started four churches. These days, I have a nine-piece band and we do evangelistic concerts. We're also involved in fostering children." Add to that Evan's preaching and church responsibilities and you have a busy life sold out for God. 'Ain't No Two Ways About It' is a fine blue-eyed soul feast.

Hi Evan, I went to your services in Stokes Balley in tje late 80âs early 90âs, besides your service what really drew me in wax your music, I may have driftef away from the church bug I still believe in god and I treat people with the way I would like to be treated, have just found your willit be gold album and brings back memories so thankyou for all you have done

Hi Evan, I am making a Christmas cd to raise money for cancer research. i would love to include For You (Carol's Song) Would you have any music of this great song that i could buy from you.

Just heard "Make No Mistakes" on the Soul Show, WYEP, Pittsburgh and I really liked it!

Hi Diana.....thanks for the I like Make No Mistake off my album Out Of The Shadows ...appreciated.
Evan Silva

I love your music Evan and was wondering where I could get the piano sheet music to the song "For You (Carol's Song)" from your album Out of the Shadows?

Wendy where are you living ?
Because I wrote the song and recorded it first take in the studio I did not have a chart -- the dvd music clip is on The Best Of Evan Silva CD/DVD however I mybe able to get a chart to you --- email me : evan@harbourccc.org.nz
Regards Evan

Hi Mike this seems so long ago.hope alls well Im still recording 4 new albums since this one and a book on the way on my life to date called Altar Boy.
All the best.
Evan Silva

Two new albums out.
Out Of The Shadows and Kiss Of Grace.