Gabriel S Hardeman: The late gospel man who impacted the world of R&B 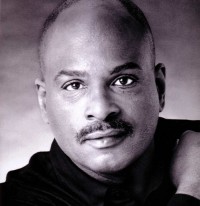 Singer, songwriter and group leader Gabriel S Hardeman recently lost his lengthy battle with lung disease. During his three-decade career the Philadelphian songsmith was a key figure in the fusing of the once separate worlds of gospel and R&B and was able to move effortlessly between the conflicting demands and tastes of church and mainstream showbiz.

Gabriel was born on 13th December, 1943 in College Park, Georgia. His father was an African Methodist Episcopal pastor. Gabriel kicked off his music career by singing and playing piano at his dad's church. His parents moved the family to Pennsylvania for better financial opportunities when he was still a youth. They settled in Harrisburg before finally moving to Philadelphia where Hardeman graduated from William Penn High School.

After graduation, he briefly joined the R&B band, the El Dantes, before going to West Virginia State College as a physical education major. Upon graduation, he worked as a physical education teacher. During this period the Gabriel Hardeman Delegation was born. Gabriel told the Philadelphia Enquirer, "There was a talent show and I wanted to get some kids together and do some gospel music. `Oh Happy Day' was hot then. I had about 40 kids and the next thing you know, word got around and we had like, 80 kids in the choir." Gabriel was writing more and more songs and in 1979 had a breakthrough when James Cleveland and the Philadelphia Mass Choir recorded his song "I Know The Man". 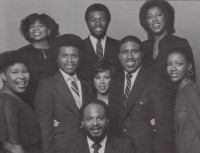 In 1996 the Delegation recorded the 'Holding On' album for Messiah Records but it was the following year that Hardeman, with his wife, co-composer and member of the Delegation, that Gabriel was to make his mainstream industry breakthrough. Before marrying Gabriel, Annette Guest had been the lead singer of the hitmaking R&B/disco group First Choice (who had enjoyed major Philly Sound hits such as "Armed And Extremely Dangerous", "Smarty Pants" and "Dr Love"). The two Hardemans began writing songs together and submitting demos to the R&B companies. Locking into the R&B charts' momentary taste for slow ballads, dubbed quiet storm, the Hardemans penned major hits for Stephanie Mills with "I Feel Good All Over" (1987) and Miki Howard with "Love Under New Management" (1989), both of which went Gold. Another success occurred with Teddy Pendergrass' "Truly Blessed" (1991).

In the 1990s, the Hardemans took a time-out. Gabriel graduated from Lutheran Theological Seminary and began a new career as a teacher and athletic coach. Meanwhile, he continued to write songs recorded by such acts as gospel giant Edwin Hawkins and jazz man Grover Washington Jr. The Delegation also occasionally provided background vocals for studio recordings by Patti LaBelle, Phil Perry and Phyllis Hyman, among others.

In 2001, the Delegation returned to the airwaves with the slick gospel soul CD 'To The Chief Musician' on Crystal Rose Records. The CD hit the Billboard gospel album sales Top 40 chart, enjoyed big radio play for the funky single "Hold Out, Deliverance Will Come" and was nominated for a Stellar Award. It turned out to be Gabriel Hardeman Delegation's final album. In 2003 Gabriel returned to Atlanta, Georgia to take care of his elderly parents. In Atlanta he became a pastor in the Belleview Circuit AME Church before returning to Philadelphia to take advantage of the better medical facilities in the city.

Gabriel had been diagnosed with interstitial fibrosis in 2000 and received a lung transplant that had improved his health condition. But a recent prognosis estimated that Gabriel's battle with the illness was drawing to a close. On 16th June Gabriel passed away. He is survived by his wife, Annette Hardeman, and their son Michael.