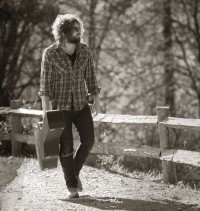 During their five years of existence the Rock 'N' Roll Worship Circus did extraordinary things. They demonstrated to a conservative American Church that you could be a full-on rock band - even one with '60s glam rock tinges - and yet be authentic worshippers of God. The band's albums 'Big Star Logistics' (2001), 'Welcome To The Rock 'N' Roll Worship Circus' (2002) and 'A Beautiful Glow' (2003) were milestone releases while their international tour with Britain's Delirious? in 2004 showed audiences their groundbreaking blend of alt rock creativity and worshipful passion. But then, after INO Records had dropped them from their roster, the band disintegrated, or changed their name to The Listening, depending on which version of history you prefer. One thing is certain though, the Rock 'N' Roll Worship Circus/The Listening had in charismatic frontman Gabriel Wilson one of the most talented singer/songwriters in Christendom.

The Listening, with Wilson, Chris Greely, Eric Lemiere and Josiah Sherman, released some excellent independent projects, 'The Listening LP' in 2006, 'Transmission 1 EP' in 2008 and 'Animals Pt 1: Criminals And Submarine Dwellings' in 2010. But this year Gabriel Wilson has amazed critics and long term fans alike with the release of one of the most ambitious musical undertakings. 'The McGuire Side' is on one level a skilfully crafted homage of American folk, Americana and blues while also being a celebration of Wilson's recently discovered musical roots. I quizzed Gabriel about the critically acclaimed 'The McGuire Side'.

Tony: Fans of the Rock 'N' Roll Worship Circus are going to be surprised by the musical approach of 'The McGuire Side'. Were you a follower of Americana and blues for a long time, or is this something which has crept up on you recently?

Gabriel: I've always loved American music, and though most of the projects I've fronted have framed our songs with more of a European sound, the songs often started out in more of a simple 1, 4, 5 country vein. However, I'd never really wanted to frame a project in an Americana genre specifically until 'The McGuire Side'. It seemed fitting in the midst of this discovery of a family heritage in Southern gospel and country music to have the sonic frame pay tribute to my family's musical heritage.

Tony: I understand that it was at your grandfather's funeral that you began to conceive 'The McGuire Side'. Can you tell me a bit more about that process? 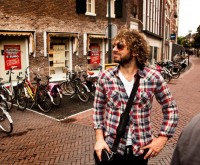 Gabriel: I knew very little about my Grandfather Cornelius' life, but when he passed away I knew I had to attend his memorial service. I flew from California to Tulsa, Oklahoma to attend, and in the process discovered more about myself than I ever would have imagined. Cornelius was a traveling minister, evangelist, songwriter and family man. He was married for 60+ years and had seven children, most of whom have been in full-time ministry. He wrote songs which were covered by Southern gospel artists since the 1950s and gave his life to seeing God glorified on this earth. My whole life I had grown up associating the name 'McGuire' with the pain of divorce. But for the first time in my life, I realised that this passion of music and ministry had come through my father, Robert McGuire. I am a Wilson, but I was born a McGuire, and I had been walking out the heritage that all of the McGuires have walked in without ever having known it. It was. . .amazing. And very healing.

Tony: Your uncle Dony McGuire is of course a major figure in Southern gospel music. Were you aware of his music during the Rock 'N' Roll Worship Circus era?

Gabriel: Uncle Dony and Aunt Reba were the only McGuires I had known to be involved in music at that time. However, I hadn't realised the magnitude of their impact until much later. Dony is a Grammy Award winning songwriter, has written songs for artists like Elvis Presley, etc. He's. . .incredible. And humble. Seeing him give the closing statements at my grandfather McGuire's memorial service is a moment I'll never forget.

Tony: If you had to pick out three favourite songs from 'The McGuire Side', what would they be and why thos?

Gabriel: I don't think I have any favourites. But if there are three that seem to carry the most weight when I've played them live, they are the title track, "How To Keep A Girl" and "Rockin' Chair/Hold Your Head Up". Those three songs seem to captivate every audience I've played this album for. It has been humbling to see people resonating with these stories so deeply. 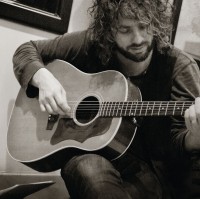 Tony: What has been the response to 'The McGuire Side' so far?

Gabriel: The response has been quite good! I've been humbled by the stories I've been hearing from people who have had stories of broken relationship in their past, and how it has brought healing. I think a response like that is about the best I could hope for. There were some intense moments of doubt for me in releasing this record - three distinct moments that I remember vividly - where I said to myself, "I can't release this album! Its too personal!" But at the end of the day, sometimes the best way to tell the story of the Gospel is for us to share our own story. And as I would show people demos, rough mixes, etc, their strong response would remind me that I was on the right track. In the end, even if this record only serves to give birth to relational reconciliation between fathers and sons, mothers and daughters, etc, I'm deeply satisfied.

Tony: Do you have any intention of touring with the McGuire project?

Gabriel: There will be some touring, yes. And Lord willing, perhaps to the UK and Europe. I'll also be doing some select dates with John Mark McMillan on the West Coast of the US this November.

Tony: Tell me a spiritual lesson you have learned in the last year or two.

Gabriel: Well, that's a bit tough to sum up in a brief interview! But if I were to say anything at all, it's that God loves us - all of us. And he desires redemption over perfection. And for an imperfect human like myself, that's really refreshing and freeing. God loves me. He loves you. And despite our "flaws" and "mistakes", he is pursuing us, loving us more than any earthly parent has ever loved their earthly children. And for that I am thankful. Thankful for his love and for his generous grace.

Wonderful worship to our God and Father.

Hi I am chris greely's aunt would love to know how he is doing.