GhostLotus: The Midlands grime man and his hip-hop history 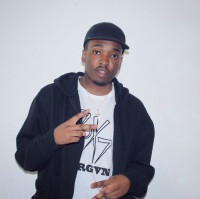 There are seemingly dozens of new practitioners of gospel grime vying for attention on today's scene. One of the newest is 21-year-old GhostLotus. Trying to get some information about the young rapper and photography student prior to his visit to the Cross Rhythms studio I discovered that there is, or was, an American hardcore band sporting the same unusual name. Derby's GhostLotus was amazed to hear that unwelcome news. So, I asked, how did the rapper get his name? "I was trying to re-identify with Christ and separate from my old life, my sinful life. I was trying to be a new person. I said to myself, 'As a person, what do I represent? I'm a human being, I'm a living creature.' I like nature and these types of things, so I looked at the lotus flower and I liked the look of it. I thought to myself, 'What do I want to be? What do I want to have inside me? I want to have the Spirit of Christ, the Holy Ghost.' Ghost and a lotus. Then I shortened it."

The rapper grew up in a Christian home. By the age of 15 he was writing his first flows and listening avidly to the gangsta rap hits of the day. When he began releasing zero budget mixtapes they were the standard mock-gangsta musings of tens of thousands would be Tupaks. He explained, "In my younger days of music - 16, 17, 18 - it was more geared towards self-interest: I was wanting to make music because I wanted money, fame, those things the world tells you would come with it. That's where my head was at back then. Now every single time I'm writing a song it has to be for the benefit of Christ."

After having a complete change of attitude through Christ, GhostLotus made sure that there were no traces left on the internet of the eight gangsta rap mixtapes he'd put out under the name Stringer Bell (SB) and has now released the first GhostLotus mixtape. He explained, "I'm recording myself. The instrumentals are made by various different producers - people I might meet online or in person. But recording, mixing, mastering things, the graphic designs, all of that stuff is me."

I asked the grime man about the track "Cassettes And Mysteries' on 'Cityscape': "Yeah, circulating cassettes and the whole mystery side of it. This is the angle I'm coming from: the symbolism of the cassette, hip-hop, deejaying, turntables - and the mystery of God. It was laying the foundation for what I was trying to visualise." 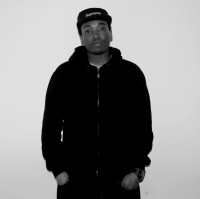 For me, the best cut on the album is "Fallen Away". I particularly liked the sung hook, "We seek the Lord because we love life." Said GhostLotus, "Yeah, that's what we want. Abundant life; extreme life; life in its purest form. The sister singing on the track is Lucy, she's from Bournemouth. Andy, my manager, got into contact with her, I think he found her online."

One subject you don't often hear about on any kind of Christian or gospel music is lust. 'Cityscape' offers the track "Lust: Belly Of The Beast". Said GhostLotus, "When I made it, I was in a really transitional part of my life in terms of this walk with Christ. I was in a place where I was dealing with lust. I was in the middle of a transition between giving in to it - being that worldly guy - and turning into someone who actually looked at it and thought, 'Wait, hold on a second. If I think this is wrong - lusting and greed - and I tell people it's wrong, where is it coming from? Where is this influence that is always getting me somewhere, somehow?' So I thought, 'lust - belly of the beast', and it just seemed to work out. And it's not just sex. Lust for money, lust for something else instead of God, lust for anything. Lust is everywhere. Your mum could be your idol, your phone could be your idol. People make their football team their god. If something happens to the football team, their whole world is over. Crying, angry - someone will kill you over a football match. It doesn't make sense. Even something as small as football is a clear symbol of idolatry."

So what does GhostLotus think the future holds for him? "Right now it's just trying to make an avenue. When you're dreaming about something, it kind of seems like you are coming across arrogant. I'm not trying to come across like that. I believe I will make headway in the gospel rap scene. But it's difficult. The dream I have for the gospel music scene is for there to be less of a pyramid structure where certain people at the top get reviews, articles, awards and attention and everyone coming up at the bottom is on an uneven level. It's not as connected as it should be."