Greenbelt 1997: The long established arts festival under the microscope

The new Festival Manager at Greenbelt Andy Thornton talked to Tony Cummings about the event's history and aims. 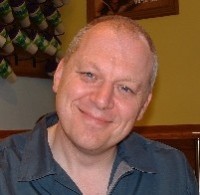 1997 is a pivotal year for Greenbelt. Now, staggeringly in its 24th year, the longest running Christian arts festival, has long been acknowledged as the single greatest force in attacking the cultural insularity that bedevilled the post war Church while its high profile big crowd and mass media-friendly platform has been an essential element in the growth of the Christian music support base from a numerically tiny Christian ghetto in the '70s to today's situation where Delirious? can make the pop charts (Littlehampton's finest are at Greenbelt '97).

But controversy and difficulties have also stalked the festival in recent years. More than one Christian leader has suggested that Greenbelt, by embracing a broad church, liberal attitude on moral issues like homosexuality, has led to a wholesale retreat from the event by evangelical and charismatic youth groups. And certainly the ever-increasing number of contributions from non-Christian participants (this year's contingent includes Goldie, Sneaker Pimps, Christine Collister, Norma Waterson, 3 Colours Red, Cornershop and even ecology activist Swampy) won't thrill those who view a Christian festival as a golden opportunity to showcase Christian talent or indeed to minister the Gospel.

Certainly too, Greenbelt has had its fare share of financial problems. Last year, a rather lacklustre bill and torrential rain saw the attendance plummet to 14,000 and it made a loss of Â£18,000. But Greenbelt has proven to be the most resilient of animals and with new faces in its administration, like Steve Stockman who trail blazed Ireland's successful Summer Madness and now takes over as Greenbelt's Artist Programme Coordinator and Festival Manager Andy Thornton, the event could well surge forward with a new lease of life. Certainly, from a CCM perspective, the 1997 line up of Charlie Peacock, Iona, Rich Mullins, Vigilantes Of Love, Split Level, Martyn Joseph, Sarah Masen, All Star United, Dissident Prophet, Emmaus, Pierce Pettis and many others is the strongest for many a year. I spoke to Andy Thornton in Greenbelt's admin office at the Greenhouse in North London.

Tony: Andy, many of us know you as a singer/songwriter and as one of the behind-the-scenes people in Glasgow's Late Late Service. What changes is the Greenbelt job making in your life?

Andy: "The big change has really been me putting in a bit more work. I had a day job where I was head of a youth team for the Greater Glasgow Health Board and I put a lot of energy into that. I was involved with drug prevention, sexual health for teenagers and setting up information centres. Also writing curriculum for schools in Glasgow on sexual health and drugs. When the Nine O'clock Service collapsed it had quite a large repercussion for us at the Late Late Service. We were chased around the place by the press. They linked us with the Nine O'clock Service and tried to get any juicy story they could out of us. Then this job came up at Greenbelt and the minute it came up I thought I'd like to do it. Unfortunately life doesn't allow me enough time. I've got another album that I want to put out. If I had the time to record it and get it out, that would be great. But as you can imagine, I'm very, very busy right now."

Tony: What is your overall perspective of the criticism Greenbelt has had in the past?

Andy: "When I started I knew that Greenbelt has a very varied reputation. Some people I would meet would say, 'Greenbelt saved my faith.' Other people would say, 'Greenbelt, that's just some dodgy festival.' It's interesting hearing different reactions to the event. On one level I think that's very commendable, it's an arts festival and arts in general are provocative. Arts by definition should be pretty risky. The organisers get it right sometimes and wrong other times. But in general the people who are ready for this risky and provocative festival enjoy it. The festival there is a place for everyone at it. Let's face it, there are some people in the Church who don't like to be in places where there is a place for everyone, they like to have their special place."

Tony: Are you taking about evangelicalism?

Andy: "It can happen. I've lived in various parts of the Church and I wouldn't particularly ascribe any title to me. The whole point is that we have to recognise that the elements that make up our faith are bigger than we can wrap up in labels and things like that. So for some people, a place like Greenbelt where there's not too many labels can make them feel insecure. Actually the sign of a good faith, a working faith, is one where people are secure at the centre of themselves and don't need too much social display or certain characteristics around them in order to feel safe and at home. There are some aspects of evangelicalism in the UK which are a little bit like McCartheism in the sense there are occasionally witch hunts for people who seem to be left of centre and they get sniffed out and made to put their cards on the table. I don't think it's done anyone any good really. There was a time when I chose to be an evangelical because it was the one that was more right than all the others and it suited me at the time because I had the need to feel right, correct and I see it as quite sociological. I see my journey by God's grace. God said you can rest your spirit, you can rest in me. You don't need to feel right all the time, it's okay to feel a bit vulnerable or not to know because the place where the action really is isn't in dogma. The place is where my spirit meets yours and where our spirits together meet the rest of the world. It does mean not having to feel that you're more right than everyone else all the time. Anyway, that's my experience."

Tony: Today, a Greenbelt ticket isn't cheap (an adult weekend, on site, will cost you Â£62.00). Do you think Greenbelt gives value for money?

Andy: "I hope so. This event costs a lot to put on. Because it's not like other sorts of events where people go to take over Butlins for a week. There is big expenditure to put Greenbelt on. For instance, what we have to do is build a village and it costs an awful lot to do that. Just to build a village costs Â£200,000."

Tony: There have recently been some financial problems for Greenbelt. What is the budget? What is paid out for musical artists for instance?

Andy: "For goodness sake...these are trade secrets you're asking for Tony (Andy laughs). Let's just say it's over Â£60,000. Last year it was less. I think financially there's a formula here that we have to work out. People come to Greenbelt because it's Greenbelt. A lot of people like the creative environment. It involves fine art, performance, review shows, a dance tent, juggling in the avenues... It also involves a decent band line up. We struggle with the issue of 'is this a rock festival or an arts festival?' To some people it's a youth event. The bottom line is that we were looked at, recognised if you like, for music. As far as we could see, the main attraction is music. So we had to make some kind of formula, how much we are going to invest in music and how much in other things. But you can't please all the people. I was speaking to someone at the BBC who said it seems to be a very young line up this year. 'Do you only want young people to come, is it only for teenagers?' they asked. It was a hard one to answer because every year the line up would be a bit different. Just because this year it's quite a good young line up doesn't mean we don't want older people. You just can't win, really."

Tony: Greenbelt's attendances aren't as big as the golden years in the '80s. Thought of asking Cliff back?

For more on Greenbelt visit the Greenbelt artist profile