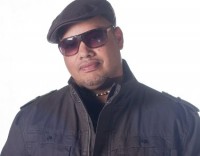 When Cross Rhythms radio began playing the "Believer" single by Ian Copeland Green many of our listeners may not have realised that although the track was taken from Ian's debut album he is far from an industry newcomer. In fact, Ian has worked as a producer, engineer and/or programmer for some of the biggest names in music including Michael Jackson, Madonna, Britney Spears, J-Lo and Justin Timberlake, has composed scores for The Matrix and The Pink Panther and written for the Bourne Conspiracy computer game. But in all his years of achievements within the music mainstream, it is his entrance last year into the world of urban gospel which has brought Ian the most satisfaction. Speaking from his London-based home studio Ian spoke about his life and his 'Believer' album, released on his own Thunderworld Records.

He recounted how in 1999 he'd given his life to Christ after many years of living in the music industry fast lane. He explained, "I wasn't brought up in the faith, so I spent a couple of years seeking the Lord hard. One day I was praying and I felt the Lord say to me I've got trouble ahead, but if I trust in him he'll pull me through it and he'll use it to bring people closer to him. Of course, when you hear that, you think, 'Was that really God? I don't like the sound of that.' But two weeks later I started developing boils all over my body. God was telling me to read Job. I knew what had happened to Job, and I didn't really want to read it. I was in denial about it. I started getting these boils; one of them turned septic and I contracted septicaemia."

During his time in hospital Ian experienced 90 per cent organ failure, double pneumonia, jaundice and a collapsed lung. It was the prayers of the saints which pulled him through. He said, "There was an intense prayer battle for me by my wife and my mother-in-law, my pastor, my church; there were prayer meetings going on. A lot of prayer went forth for me. It is a true miracle, because the doctors went to my wife and said, 'He's on life support, and we're going to have to switch it off tomorrow. He's not responding to anything: he's just shutting down.' My wife tells me that night she went home; it was May, really hot - great summer that year - but she remembers walking in the house and it was deathly cold. Her and her mum really prayed. That night she had a dream about me where there was a baby angel sitting on top of my chest, flying up and down. She knew immediately that I was going to be all right. That morning when she woke up my pastor rang her and said, 'The battle was last night. The spirit of death came for him a second time last night.' But he interceded and pleaded my case.

"I was in the music ministry at that point; I'd just started to write songs for church. Obviously my wife and mother-in-law really pleaded for me, and by the grace of God I am still here. It's been an amazing journey with God - full of ups and downs, as you know. It's hard times, but God never ceases to amaze me: he's a miracle working God and he absolutely did a miracle in my life. I woke up out of the coma and I began to recover. My medical file was like a phone book, it was so thick. I was due to have an amputation of a third of my left lung, because it had been destroyed so much from the pneumonia that I was bleeding all the time: I was literally drowning in my own blood. I turned round in my bed, six o'clock in the morning; I had this sharp pain for a split second, but then this warmth hit me. I said to my wife, 'You're not going to believe this. I think I've just been healed. I feel like God's hand's just gone there and fixed it.' I had an x-ray, and they said, 'We can't believe this, Mr Green. This is a miracle. You have perfect lungs.' Glory to the most high God and king. He loves us; he died for us; he has so much in store for us: our best days lay ahead.

"From that, it fuelled my songwriting; I felt the anointing came on me to write more; I just wanted to sing for God. I wasn't blessed with a great voice: some singers you're like, 'They were born to sing'; with me it wasn't like that. There's a voice inside that is coming out, and I had to let that happen. Wherever God decides to take that, I'll let him lead it. I'm not trying to say, 'Look at me! I sing for the Lord!' It's not like that. It's a bunch of songs God's given me through real life experiences. I believe God will open whatever doors he wants to open. I'm not trying to force anything. Here's my album; this is what God's done in my life; these songs have come from that. I pray that whoever listens to it is encouraged, and that seems to be the case when people hear it: they feel blessed, uplifted, drawn closer to God. Whatever God has in store, I just say, 'Yes, Lord'. I don't know what tomorrow holds, but I trust in him. 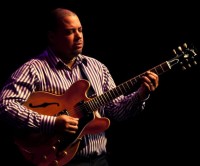 "When I came out of the coma, I had a tracheotomy; I went to speak and there was no voice. The first thing that came to me was, 'I'll never be able to sing for Jesus and tell people about the Lord'. That was the first thought that ran through my head. I felt that was God saying to me, 'That's your purpose right there'."

Ian's entrance into the music world began at the age of 15. He explained, "Where I grew up, there was a massive reggae scene. I just fell into that. All my best friends were Jamaican. My wife's cousin owned a recording studio in Brixton, Sparkside; they had a group called Matumbi. Awesome band - Dennis Bovell, these guys were like my uncles. I was exposed to that kind of music from really young. I used to work in the studio - I did a bit of tape-popping; me and my wife's younger cousin had a band, so whenever we could get into the studio, we'd be in there. One day Maxi Priest walked in. He'd just come to visit, he'd heard me play guitar and he was like, 'Hey, man, you can play for me'. So I ended up doing the gig circuit with Maxi. At the age of 15 I used to do a lot of pubs and clubs with Clem Curtis, and some of the musicians from Gonzalez and Incognito. They took me under their wing; me being the young whipper-snapper, they obviously saw something there, got behind it, and really helped me. From the reggae thing, it escalated to touring with Bananarama, doing shows on Top Of The Pops. Word got around, I'd do some sessions.

"By the time I was 19 I'd basically toured the world, and I got to a place where I thought, 'I want to make music. I want to get into production and writing.' My first ever production/writing gig was Kenny Thomas. I basically did 80 per cent of his first album, which went triple platinum; he was nominated for Best Newcomer at the BRITs. Even the story behind that was God, because things were going so terrible for me - I was getting kicked out of my house, I had bailiffs coming to repossess my studio, I was running into debt. I just cried out to God, 'If you're real, I need a miracle. I need you to help me right now. I promise you, if you do, I'll serve you - I'll even start a church.' I'm sure he just laughed. But he really came through. The next thing I know, I had a publishing deal, I had a number one album, I had hits, I was in demand, I was making money. That was the first time I had an encounter with God: I saw the hand of God moving."

Ian is the first to admit that much of the reggae scene is driven by ganja. He admitted, "I was a heavy marijuana smoker for years. I got to the point I wasn't enjoying it. I felt it was demotivating me, it was costing me so much money. Something inside was saying, 'This is not for you'. But I was really addicted to it. I cried out to God for about three years, every day, 'Lord, take this from me. I want to stop. I don't want the urge to do it.' One day this pastor came from Canada to our church - John DiGiacomo - and he said, 'There's someone here right now with the spirit of addiction. God says, "Come up right now he'll deliver you".' I knew that was for me. I ran up to that altar so fast! No one else got up. You know you can feel everyone looking at you: 'He's a druggie'. But I didn't care: I knew that was for me; I knew that was my deliverance. He prayed for me and the next morning I woke up there was never a desire again to smoke; it was completely gone. God's been good to me: that's why I do what I do."

Today Ian is a deeply committed member of Rhema Church which under the pastorship of Martin Phelps meet at Fairfield Hall in Croydon. In fact, there are several members from his church singing on the 'Believer' album. Also guesting on the project is Faye Simpson, best known for her work with the R&B gospel crossover pioneers Nu Colours and hip-hop virtuoso Dwayne Tryumf. Speaking about the latter, Ian commented, "Dwayne has been around on the gospel hip- hop scene for quite a while; he's a great friend of mine. I spotted Dwayne when he was really young and thought, 'This kid is such a talent'. He came and helped me out."

When asked whether there is going to be a follow up to 'Believer' Ian is adamant. "Absolutely, Lord willing. I've got songs, so songs are still brewing - just waiting on God, on his timing. What is he wanting to say? I'm seeking the Lord on that. Lord willing, there'll be lots more albums."