Ian Yates: A song-by-song rundown of his 'The Hope And The Glory' album 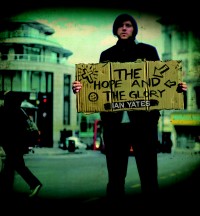 The release by Kingsway/Survivor of Ian Yates' 'The Hope And The Glory' album not only puts into the CD racks one of the best contemporary worship projects of the year (a 10 square review in Cross Rhythms) but also proves that having the connections with the big attendance Bible Weeks or being a worship pastor at a full-to-overflowing mega-church aren't the only ways to land a contract with the world's premier worship company. Singer/songwriter Ian Yates has been content to toil away in years of local church obscurity writing songs, ministering to the brethren and living a very different lifestyle to the CCLi worship chart toppers flying from big event to big event.

Hardly surprisingly, Ian's journey to his first record company solo release has been slow and steady. From 1998 to 2004 Ian and friends laboured in a progressive rock band Seraphim and though they released an EP ('Sunshine', 2001) and a single ("Touch", 2003), neither impressed the Cross Rhythms reviewers. Seraphim folded in 2004. But God was beginning to impact Ian with worship and Ian released two independent worship albums, the second of which, 'Desperate To See Your Glory' (2007) impressed both Cross Rhythms and the compilers of Soul Survivor's 'People's Album 3' who ended up putting two of his songs on the high profile project with Ben Cantelon recording Ian's "No One Like You" and onehundredhours' frontman Tre Sheppard recording "Desperate". Then Ian met Adrian Thompson, the S&R man at Survivor Records and got a chance to record one of his songs which appeared on 'Emerge: The Sampler'. Then finally, Ian was given the green light to work with Eastbourne-based producer Trevor Michael on 'The Hope And The Glory'.

Pivotal in all Ian's songwriting is his deep commitment to his church, Bootle Elim Pentecostal Church which for the last seven years has been pastored by his father, Steve. Without the promotion or trappings of the mega-church the 70-90 member fellowship has seen God move both amongst their numbers and outside to the wider Liverpool community. Ian enthused, "We believe that the Gospel of Jesus Christ gives us hope and has the power to transform our lives and our communities. We are involved in some community projects such as sponsoring a local basketball team, a gymnastic team and two local schools. We pray with local health visitors and a Christian children's charity Ykids. We have projects for all age groups within the church and it's amazing seeing lives changed by the power and love of God.

"We've seen various glimpses of God's glory and power transforming lives. People always say there is a tangible presence of God at church. For me there is nothing more inspiring then seeing someone whose life was broken, having their life changed and worshiping God. At church we've seen God do amazing things - alcoholics getting radically saved, people with depression getting healed, people who have been abused getting their life restored, single parents finding hope and love, people who have been broken, then helping the broken. A lot of the songs have been birthed out of what we have seen at church."

Here Ian gives a song-by-song rundown of 'The Hope And The Glory'.

"Take My Life"
I wrote this song on a Friday evening in September 2005. I came home from work and the song just came out. At the time I was going through a pretty rough time! The line "Take my life, let it be, holy, Lord, pleasing to thee" is from the old hymn. It was in my head at the time and this song poured out. This is a real simple song lyrically but I think it says enough. Most of the song was written on that Friday evening and over the next few months I worked on a couple of the lines in the chorus. I've recorded this a couple of times before myself. But for the album I decided to take it down from D to C, as it's a bit more manageable for people to sing.

"Desperate"
I've had this song over three years now. It was originally written in E and was recorded on the 'Peoples Album 3'. When I've been leading the song at church and events I've found that it was more singable in D. So we took it down to be more congregational. This is a song of longing and desperation to see the manifest, tangible glory of God in our nation. We've heard about it, we've read about, we've even seen glimpses of it. I believe when the glory of God falls in an amazing way lives are changed, people are set free, healed, delivered, restored, renewed. This is a song of longing to see the glory of God in our broken nation. I guess a question arises from this song as well, are we desperate? Are we desperate to see God move in our city, our nation, our world?

"Father Of Compassion"
This song started out as a little experiment. I like to try out different time signatures and I was playing with this 5/4 idea. I thought this could be a cool intro for a song. I then matched up to an idea I'd been working on and the song was born. This is a song of praise that talks about how our Father had compassion on us and sent his only son to pay the full price for our sin. Jesus taking all our sin, shame, washing us white, making us clean. Because of this we can dance in his mercy because we are free! This was the first song I recorded with Survivor in October '08. It was an amazing couple of days. The song was originally on the Emerge sampler. We re-recorded the vocals for the album and Trev re-mixed it. Musically, I really love the distorted bass in this song

"Glorious Bride"
This is one of my favourite songs on the album. I have been listening and reading a lot of material about how God sees us. Quite a few of my new songs are on this theme. This song poured out of me after all the things that happened at Lakeland. Seeing how some of the Church reacted really wrecked my head. Also the way people who I respected were glad that the man at the centre of the revival had "fallen". To me it painted a picture of the Bride self-harming and cutting herself. It really grieved me. If I'm honest my head was a bit messed up by all the things I was hearing and what people were saying when I believe that God had just poured out his spirit in Lakeland in an amazing way and thousands of lives were changed. A lot of thoughts flooded my mind for about six months. Then I heard a guy called Rob Rufus (a pastor in Hong Kong) speak about how God sees us perfect! He sees us perfect because when God looks at us he sees Jesus. That blew my mind!

Jesus is coming back for a pure and spotless Bride! A glorious Bride. Sometimes, in the natural, it doesn't seem like a glorious Bride. But this song is declaring that we are the glorious Bride, we are the perfect Bride of Christ. I think it's a prophetic song and it's speaking to the Bride and declaring no more empires, no more religion, no more manipulation, no more chains! We will rise! We will shine! That we have the power that raised Jesus from the dead within us! We will be strong, we will stand tall.

"Great Is Your Power"
I came up with the chorus idea about four years ago. At the time I was going through the Psalms and singing out some verses. This idea was from Psalm 8 v1. At the time I had this idea but I couldn't come up with the rest of the song. Then about 18 months ago I was looking through some old ideas and I found this. I started working on it and this song came out. I changed the key a few times and then settled on Bb. I really wanted to get across how awesome and great our God is and how great his attributes are. I also wanted the song to be congregational and be really God focused. It's a real simple song of truth with the middle eight being our response to the greatness and awesomeness of his name. The song has worked really well in congregations and fits really well within a set with songs like "Everlasting God" and "How Great Is Our God". Recently it has also worked with the Passion song "Our God". 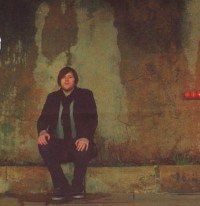 "Broken"
This is a pretty intense song. This song has been in my heart since I went to the Stand event at the NEC in Birmingham in 2008. That day I was ruined by some of the stories and films I saw. The theme of the day for me was Isaiah 58. I had been reading that passage over and over and then that day Vicky Beeching and Martin Smith both read it out. Verse six reads: "Is this not the fast I choose: to loose the bonds of wickedness, to undo the straps of the yoke, to let the oppressed go free, to break every yoke." I had this verse and the whole chapter going on around my head and my heart for a while. In May '09 I was watching Joyce Meyer and she was talking about broken people and about the mess that's all around us. But amongst all of this mess there is hope! The hope is in Jesus and it's in us! - The risen Christ lives in us, the same power that conquered the grave lives in us. Therefore we can be the answer. We can be and are the answer for this world. Then this song poured out of me. I think it had been building up inside for about nine months.

The song was almost finished but I knew it needed an ending. . . I was leading worship at an event in Liverpool with Dr Sharon Stone. Before the conference started a small group of us gathered for some worship and for Sharon to share what she felt God wanted to say about Liverpool. In the meeting she said she felt the ground was crying out for justice, truth and peace. I was like, that's it! That's the end of the song! The end is a cry to the land, to the city, to the world, to the broken. "We call forth justice, we call forth truth, we call forth peace upon our land." I believe this is a powerful cry / declaration. I believe it's not just a declaration for Liverpool, but also for many parts of the world. There is injustice all around.

I really feel that we need to realise who we are and the power that lives within us! We are answer, we are the breakthrough, we are Jesus to this broken world. I hope that this song breaks chains, changes the atmosphere and causes the Church to know who they are, that we are the answer! So far this seems to have resonated with a lot of people, which is really exciting.

I am so glad to read the exprience of how u got the knowlege of writting your song .in fact no song can touch people unless it has un inspiration. Iam also touched,may God lift u and give u more wisdom to write more songs and would like to write to u more about writting songs becouse iam also a youth worship leader in our church and acomposer of songs thanks