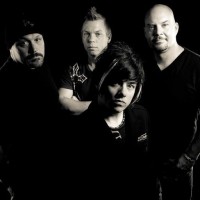 The Michigan-bred singer with the Jason Eaton Band has been making impressive progress since he first emerged on the scene in 2009. The title track from his solo EP 'Nothing Back' became a Cross Rhythms turntable hit and now the Jason Eaton Band have their first album released nationally in the US. Produced by Grammy-winning Scotty Wilbanks (Third Day) and Scott Pergande (A Rotterdam November) 'Furious Love' is currently picking up US airplay and with the Jason Eaton Band set to undertake a major US tour in 2013 with Bluetree ("God Of This City") things are on the up for the group. Consisting of Jason (vocals), Mark Maggard (guitar), Doc (bass) and Andrew Cromwell (drums), the group are signed to management partnership McGuire & Associates (spearheaded by Thom McGuire, who signed Third Day and gave the legendary group its start in the early '90s). Said Eaton, "The goal is to keep branching out nationwide and internationally to spread the word," with Doc adding, "Jason has proven time and time again that he is the real deal. He is on fire for the Lord and he walks the walk and talks the talk. He is so genuine and it's exciting to see how he is blessing people and is an inspiration to everyone he comes in contact with."

Originally from Swartz Creek, Michigan, Jason obtained a music degree from Olivet Nazarene University in Kankakee, Illinois. He has ministered as a worship leader, sung with the vocal group Liberty and in 1997 had the lead role in the musical David, A Man After God's Own Heart. Jason spoke to journalist John DeGroff about the musical, written by Cam Floria, the renowned founder of The Continentals. "David, A Man After God's Own Heart was truly a once in a lifetime experience in the Holy Land. What an honour to portray the life of King David right in his Citadel in Jerusalem backed by an 800 voice choir, three orchestras that were combined, praise team and dance troupe. It was incredible to be able to actually walk where He walked and to see all the cities and places spoke of in the Bible. It made everything I had ever learned or read come to life! While I truly loved the experience, I am not currently seeking any more "musical" roles."

After the King David musical, Jason spent 18 months as a member of the group Liberty from 2000-2001. Worship ministry was also a key part of what Jason did. He said, "I have been a worship leader off and on for 13 years as well as a music teacher, group vocalist and now soloist. I still lead worship form time to time as an 'artist-in-residence' at my church and still teach music to support my family between gigs."

After signing with McGuire & Associates things began to happen for the singer/songwriter. His solo debut EP 'Nothing Back' was released in 2009 and picked up considerable airplay. Commented Eaton, "The EP was kind of like the introduction, where if you were comparing it to a book, it would've been the preface." The following year the full length album 'One' was issued. Continued Jason, "It was 'chapter one' and the official beginning of the story for our ministry." 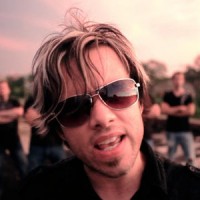 Like 'Furious Love', 'One' was produced by Wilbanks and Pergande. Remembered Eaton, "There was just a real anointing that fell on us in the studio, to the point where after every song was finished we'd say 'wow, this is something special'. After bringing the basic framework to the table, we left plenty of room for Scotty to have the freedom to exude his creativity. It was very much a work in progress where Scotty would say 'let's try something here, maybe a jazzy feel or a different type of melodic riff' and it all moulded together."

Now 'Furious Love', released in the US on JEM Records on 24th August, is receiving critical acclaim. Wrote Today's Christian Music, "This is definitely the freshman band's big introduction to the national CCM audience. Sharing shows with Newsboys, Anthem Lights, Thousand Foot Krutch, Fireflight, Sanctus Real, 33Miles, Big Daddy Weave, Bluetree and many others, this Michigan-based band demonstrates real talent and a passion for reaching people for Christ, evident in their songs and testimony."