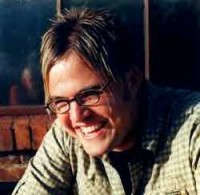 For the last 15 years 34 year old Jason Upton has been travelling the world communicating to Christians the importance of waiting patiently on God in worship. In many ways he carries the same prophetic anointing of a Keith Green and many of his best recordings have been powerful expressions of spontaneous worship like 'Remember', an album released independently on Upton's own Key Of David Ministries which culminates with the spine-tingling sound of what many believe is an angel singing. His 2007 album 'Beautiful People' featured a photo of a homeless man on the cover, communicating Christ's bias to the poor while the songs it featured are a million miles from the music which normally makes it to US Christian radio. Charisma magazine ably described Upton's musical approach. "His songs are often unplanned, both music and lyrics erupting from somewhere deep inside the singer. His sound is best described as raw, unpolished and primal. Songs are stretched out, many times improvisationally, doubling in length as the wild piano-pounding poet shouts of a tender God's love."

Upton was conceived out of wedlock two months after the landmark Roe v Wade decision legalized abortion. His birth mother had recently been born again but was young, alone and frightened. Yet instead of ending her pregnancy, she gave her son up for adoption. When he was just three months old, Upton was placed in the home of Bob and Bonnie Upton, who attended a Minneapolis Assemblies of God church. Years later Upton learned that his birth mother asked that her son be placed with a Spirit-filled family. He grew up in a stable Christian home with one older brother, who was also adopted.

Upton recently discovered that his biological father, who gave him his Cherokee roots, is a deeply philosophical man living in Denver. Also, incredibly, without knowing it was her son, Upton's biological mother had been listening to his worship CDs during prayer meetings at her Minnesota church for years before she met Upton. Though grateful for those connections, Upton says Bob and Bonnie are his parents. He told Charisma magazine, "There's no question that my parents who raised me were absolutely special and picked out by Heaven to raise me for my calling."

The idiosyncrasies of being adopted play out in Upton's outlook on life. "Because I was adopted, I don't have the paradigm of you only trust blood," he said. "I trust those with hearts after the Kingdom. My brothers and sisters are those going after the Kingdom." The concept of spiritual adoption also emerges often in Jason's music. He said, "Everything I sing is all about the revelation of the spirit of adoption. We are sons and daughters of the living God. We don't have to fight our strive for his love for us." 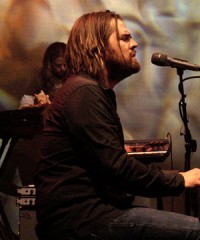 At the age of 15 Jason began ministering in churches all over the United States. At this time he also won the Christian Artist Music Seminar in Estes Park, Colorado and made his first recording. He continued to travel and began writing music at 18, and at 21 recorded his first original recording. In December 1995 Jason married Rachel. Shortly after their marriage they both had an encounter with God that left them searching for something more than merely going to churches to sing. They wanted to make a long lasting impact on the communities where they were invited. During their time at Regent University, finishing their Master's of Divinity programmes, they set up a worship room in their home where they regularly gathered with other worshipers to pray and intercede. It was during these intimate worship gatherings that they began to intertwine music with all forms of worship and prayer found in the Bible. They soon realised that the songs God was giving Jason were not simply songs but keys that would open and shut doors in the spirit realm. This culminated in a live worship recording 'Key Of David'. In the autumn of 2001, Jason and Rachel ministered at The Call DC, Nepal, Indonesia, India and in cities all over the US. Upton was signed to 40 Records, the short-lived label started by the unlikely alliance of Toby Mac and Bill Gaither and the 'Faith' album was released. Also in 2001 Jason and Rachel had their first child, Samuel. They've now had two more, Emma (5) and Lucy (1).

Often during concerts Upton invites worshippers to place their hands over both ears and close their eyes. "There is no closed heaven; I'm speaking that over you," he insists. "It is open to you. God is always speaking." Many people pray for God to "open up the heavens," Upton commented, "but the heavens are already open." He encourages people to instead pray for God to "open up the earth," which represents their own hearts. The idea of opening up one's life to God was the focus of Upton's album 'Open Up The Earth'. Mike Bickle, founder of the International House Of Prayer in Kansas City, Missouri, says some worship leaders lead people to themselves. "Jason leads people into encounter," he said. "He wants people to connect with [God], not him."

Jason's 2002 album 'Dying Star' was hailed by some critics as a much needed critique of celebrity-based Christianity. In fact at his concerts Upton corrects them, explaining the song wasn't directed at others but at himself. The song, sung from the perspective of a broken-hearted God, goes, "You got your best man on your front side/You always show your best side/Evil is always on the other side/You say this is your strategy/But son I hope you take it from me/You look just like your enemy/You're full of pride." Upton commented, "Honesty can lead to the truth and the truth will make you free. Even if it means the destruction of the way I do things. From the very beginning my wife was a big push in this - 'Just don't try to make the music sound perfect.' If she hears me with too much jingle-jangle, she'll say, 'I can't even listen to that.'" 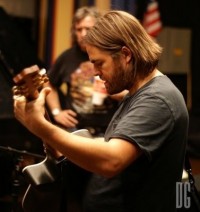 Jason continues to stay true to what he feels called to do. "Most of my songs really are prayers," he told Charisma. "And because I started this ministry this way, I'll end it this way. This is the way it is. It's always going to be that way. Here I am. I'm learning. I'm growing. I know you're wanting to grow too. Let me share some things. Here we go."

Does Jason Upton ever come to New York City? If he came to Brooklyn, I would have to personally thank my sweet Jesus! Have a Blessed day.

All the Best,
Lavette

I love Jason Upton's all worship songs..when I heard his songs I felt more love with CHRIST.. and his songs every words are much powerful and it's leads me to the CHRIST

Hi- I was close friends with Brad, Bonnie and Bob Plohr from 1972- early 80âs. Brad and I were best pals and played music together in college @ Univ of Dayton. I spent many wonderful days @ Lake Gage in N Indiana. I knew Bonnie when she was in HS and as an art student in Cleveland. I knew Warren and Joan- their parents- from N Olmstead. Am desperately trying to reconnect, especially
with Brad. If Jason Upton is the son of my friend Bonnie and her husband Ben, I would love to hear from you. If not- please forgive the intrusion. This is for real. My cell is(412)Â 260-0618, my e-mail is mrancurello@gmail.com. I am director of General Hospital Psychiatry @ Allegheny General Hospital in Pittsburgh, Pa (412.359-8626). Would be so grateful if this turns out to be a way to reconnect with my second family, the Plohrâs. Please respond if Iâve made a mistake.
Thanks!
Michael Rancurello, MD

God gave this man a gift,a gift to please God. The depth of the words and music is so amazingly awesome.While listening to the songs I become so overwhelmed.All this songs is from the heart given by the Holy Spirit.He truly cumune with God while he sings.
I love it,I can listen to his songs the whole day.
Praise God,He deserve all glory honour and praises
:-)

Jason Upton is one of those who God chose to shine on our generation, His music is different and full of God's will and purpose about mankind. He really does bring the heavens down. He is a blessing to us and a sound and accurate voice of worship in the body of Christ. May the clouds of Glory continue to gather at your presence, AMEN

I went to hear Jason last night. The worship was amazing and it made me aware that "Daddy" loves to hear us sing any song that will come to mind. If you get the chance to go to a Jason Upyon concert you should go expecting to hear from God. It's amazing.

Dear Jason,
Appreciate yousongs very much and would like a copy of "40", but am unalbe to find it anywhere. I have the lyrics that's why I'd love to have the song. Not for free!!!
If this might be possible, pleas advise where to look.
Thanks and may the Lord continue to bless and protect you and yours,
In Jesus' name,
Larry

I am totally ruined for "Church as Usual" any longer. Jason Upton has gone to level of spirituality i & my husband have searched for for a very long time now. I will surely NEVER be the same! Settling for "the life" as usual constantly worried God is mad at us. Trying not to sin...Walking the life in this level means there is no option of sin even available! Truly by the Spirit sin is overcome! It's too much!

Indonesia needs man of God like you to produce revival