Jennifer Martin: The Nashville-based songsmith on an incredible journey

Earlier this year Cross Rhythms discovered Nashville-based singer, songwriter and worship leader Jennifer Martin through a reader who regarded one of her albums as "an absolute classic". The album, 1995's 'By The Waves', was quickly tracked down and found to include insightful, inspired and slightly quirky storytelling songs performed by a singer with a delicate hummingbird voice and the album was duly awarded a 10 square Cross Rhythms review rating. There's much more to Jennifer than folksy, acoustic music though; she is an anointed worship leader with a wide-reaching ministry who, since the early '90s, has released six well received and stylistically varied albums. I recently spoke to Jennifer and began by asking how she came to be involved in music.

"I was born and raised in Fort Worth, Texas where my musical tastes and experience were as eclectic as the city I grew up in," she explained. "When my older sister turned 10, my parents rented a piano so she could take lessons. I was five years old at the time. When no one was looking, I would climb onto the piano bench, place my fingers on the keyboard, and start to play. Though it would be a few years before I learned the term 'harmony,' I was born with an understanding that certain notes rhymed and I was able to mimic songs I would hear. Songwriting came much later. I would say I learned other people's songs, long before I was brave enough to sing my own!"

Jennifer explained her approach to songwriting, "My inspiration comes from every day life and sometimes really mundane things. I treasure hearing other people's stories. Sometimes when I listen to people talk, I hear a musical soundtrack play in the background or sense a song in a particular phrase or moment. The worship music I have written most often comes out of my own personal worship moments or prayer times with God. The story songs I have written come from a gamut of life's experiences."

The songsmith is now based in the America's musical epicentre, Nashville. Does this have any advantages or disadvantages? "There is definitely a plethora of great musicians and writers here. Gratefully, I've learned it's not a record label or radio station that makes someone a musician, it's God. He's been so faithful to open up doors for me. He's also been faithful to close some. I lived in Germany in 2004 and would love to live in Europe again some day. For now, Nashville is home, but God can redirect that at any time." 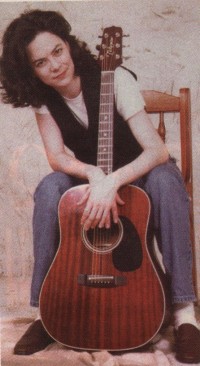 How did Jennifer find her Christian faith? "Though my mother introduced me to Christ as a young child and I had some wonderful experiences in Catholic school growing up, there were also some incredible challenges in my life too, so much so that there came a very dark time in my early 20s that I decided to take my life. It's a rather long and dramatic story from there, but the short version is that the night I decided to kill myself, I 'happened' to meet a woman named Pat Woods, who pointed me to life, not death. She led me to an encounter with Christ, which became the catalyst for a dramatic rescue and deliverance in my life."

She continued, "The best part of the story is that for years after this amazing event I resolved in my mind that Pat must have been an angel sent by God, because I was never able to find her again, to say thank you. That was until the day that I was asked to lead the worship music for the funeral of an elderly woman at a friend's church. Sometime in the midst of several beautiful testimonies and me sitting there thinking, 'I wish I had known this amazing woman people are describing!' someone put up a PowerPoint slide of Pat and her family, and I suddenly realised, this amazing woman was. . . THAT amazing woman! She was the one who prayed for me so long ago and changed the course of my life, and here I was, because of her life, about to sing the final song at her homecoming service: 'Jesus Loves Me This I Know'."

The first album from Jennifer was a cassette release, 'Out On A Limb', issued in 1993. Next came 1995's 'By The Waves' produced by Michael Tyrrell and chosen as one of Performing Songwriter's Top 12 independent releases of 1996. In 1998 came praise and worship record 'You Are Worthy' produced by Nashville musician and songwriter Michael Demus, who introduced a more electric-based sound. "While it doesn't represent the whole of my craft, it definitely represents the heart of it," shared Jennifer. On 2003's 'Near And Far' Jennifer again teamed up with Demus for an album that "has a little bit of everything: story songs about the ocean and my grandmother; praise songs written in the wee hours of the morning; a Christmas song and so much more. . ." This was followed by 2004's 'The Lame Can Dance' which was recorded in just two days and Jennifer describes as "a homespun, rough, straight from the heart collection." Jennifer's latest release, 2008's 'It Is Well', is her most worshipful yet. "I invited a handful of wonderful and equally desperate friends to join me in the studio. We rolled some tape and asked God to meet us in our worship," she explained.

Jennifer never intended to become a worship leader, in fact she almost stumbled into it. "I was invited to play keyboards for a worship leader on a trip to Hungary. It was a significant international music festival on many levels, not the least of which it was bringing together youth from divided Balkan States. I was on one plane and Tom Lane, the lead worshiper, was on another. I was carrying a guitar, not because I played more than a few chords at the time, but because someone asked me to carry it over and give it away to someone in need. When I arrived at the festival site, the producer of the event had just received word that my friend Tom's flight was greatly delayed, and he would not be in Hungary for another day at least. The producer didn't know me from Adam, but because I was carrying a guitar over my shoulder, he just presumed I was a worship leader from America. 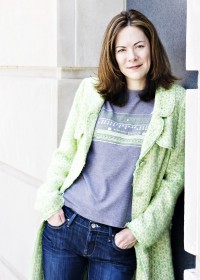 "Having just lost his headliner, he walked up to me, pointed, and said, 'Young lady, after dinner tonight, you're taking that guitar and you're leading us in worship!' We had all been prepped to say 'yes' to whatever we were asked to do, so I said 'Yes, sir!' and proceeded to cry out to the Lord for 'help!' Before that night I had never led worship, but it must have gone well (all by God's grace,) because after a special evening of refreshing in God's presence, the festival director told me I was doing the same thing the next morning! I felt like I happened into something that I was born to do. Thankfully, Tom finally arrived the next day just as the morning set was ending. He was so encouraging and humble, saying he was 'so proud of me' for stepping up. At that moment, I was happy to step back behind the keyboard again, but God has continued to give me opportunities to lead."

In 2000 Jennifer became involved in a project called Daughters Of God, a collaboration of female composers and performers, including Wendy Andino, Sarah Hart, Nellie Cruz, Jessica Alles-Smith, JanÃ¨t Sullivan Whitaker, Rebecca Harper and Susan HooKong-Taylor. The group released a 14 track album in 2002. How did Jennifer come to be involved in the project? "I was in Rome for World Youth Day," she explained. "I had been invited to be the worship leader for a group that had travelled there from Austria. I met a music manager who was aware of a project developing called Daughters Of God, and next thing I know, I was in touch with one of the producers and submitting songs. I was so glad to be asked to be a part of it and I loved working with gifted women from all over the US and Canada. The highlight was joining them on stage for the World Youth Day in Toronto in 2002. It was John Paul II's last WYD. One of the stages was several stories high, and we got to sing for an international crowd of over 800,000 people. Only God can orchestrate such things. It was a taste of every tribe and tongue around God's throne and I'll never forget it. I remember wanting to kneel on the stage and sing from the floor, not only because I was afraid of heights, but because of the weight of God's presence in that moment!"

Other than Daughters Of God and Michael Demus, Jennifer has worked with top session man David Davidson who has played with artists like Michael W Smith and Charlotte Church and contributed the haunting violin and cello to the 'It Is Well' album. "David had no business playing on my record, since relative to his usual fair mine was a very humble, low-budget, work of faith. David, however, joyfully worked with the rest of the team as though it was the most important thing he could possibly be doing at the moment. His attitude was that of a loving, giving servant. He is an example to me of someone who stewards his gifts to the glory of God."

Jennifer is planning to record a new album next year, possibly with Nashville-based, Celtic-influenced songsmith Sally Barris. "I am praying for resources and time to record another singer/songwriter project. I think Sally really understands this part of my music and writing, and likewise, values a good story set to music.

"Though that eventful Hungary trip was almost 11 or 12 years ago now, in some ways I feel like I'm revisiting that lesson, of being willing to step into all that God has for me, even though it may not be what I envisioned or be as comfortable or as safe as I had hoped. I think the spiritual lesson for me right now is acknowledgment of my own brokenness and ineffectiveness, apart from Christ, coupled with more and more wonder and gratitude for his grace and his life, that takes broken and foolish things (and people) and makes them fruitful for his Kingdom and his glory."

Thanks for this article. POWERFUL testimony! Just became familiar with her song, Glory to You, so my 'googling' lead me here. Thanks again. God Bless.